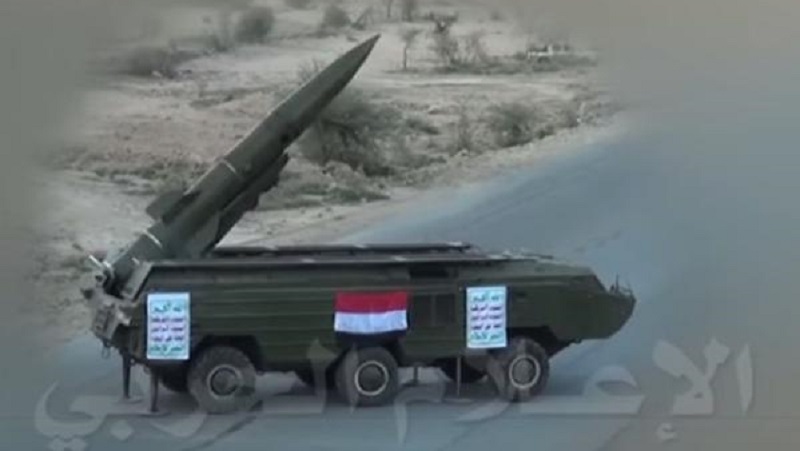 80 pro-Saudi mercenaries were killed and 100 others injured in a missile attack by the Houthi-Saleh alliance in Yemen, the media branch of Hezbollah in Syria reported on January 31.

According to the report, the Yemeni ballistic missile targeted a Saudi military camp in the Zuqar Island in the Red Sea.

Saudi Arabia and the United Arab Emirates (UAE) used the island as a rear base to train and equip mercenaries that then were sent to fight against the Houthi-Saleh alliance in various parts of Yemen.

Ss21 is a very old Scud middle and the Saudi peninsula is protected by patriot batteries. I wonder how they could not intercept which is well within the react of the patriot

I was thinking the same thing just like the boat attack how could they get so close with flimsy speed boats with all the defenses a naval ship has. it must be a Us training thing as seems anyone trained by them cannot fight there way out of a paper bag. EX. Ukraine, Saudi Arabia, Turkey in Al-bib. And even Us forces in Afghanistan. The US concept of overwhelming force on the ground or air does not work once a little defense is in place.

TheLastBattalion
Reply to  Russell A Wilson

Eh, I disagree. They did a pretty good job of crushing any type of resistance against government forces in the past. When you are fighting insurgents/rebels, it is much harder to fight them without bombarding the civilians.

That being said, it seems to be more of a short range and geographical issue as loveyou and VGA stated.

Several missiles have been intercepted. It surely depends a lot on the ballistic trajectory that a missile follows compared with the location of the Patriots. Maybe geographical features like mountains or weather conditions make early detection difficult in some cases.