The Russian Foreign Ministry has pointed out intensified military tensions in Libya that can be really dangerous for the Libyan statehood. 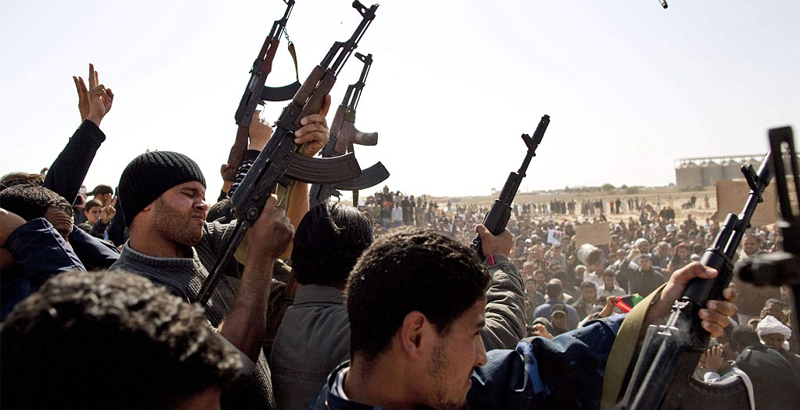 The Russian Foreign Ministry has issued a press release on the situation in Libya. According to the document, Moscow continues to closely monitor development of the situation that does not improve. As the department noted, recently, there were events that cannot be characterized otherwise than very disturbing.

The press release reminded that in early March, tensions intensified in the eastern part of Libya due to the renewed fighting in the area of the so-called ‘oil crescent’, located along the Mediterranean coast of the country. By now, units of the Libyan National Army, headed by General Khalifa Haftar, have returned these territories under their control.

The document stressed that as a result of the dramatic events, the main oil infrastructure of the country, concentrated in the area, was largely paralyzed. The oil production declined by 14% (from 700,000 barrels per day at the end of February to 600,000 barrels per day), and this will inevitably affect the country’s budget, and, as a result, will aggravate the crisis situation in the economy and social sphere.

The Russian Foreign Ministry noted that the armed confrontation in the capital of the country, Tripoli, also intensified. Fierce fighting erupted between armed militia groups, loyal to former head of the Tripoli National Salvation Government, Khalifa Ghwell, and the so-called Tripoli Revolutionaries Brigades, supporting the Presidential Council and the Government of National Accord, headed by Fayez al-Sarraj. According to available information, heavy artillery was used in the battles. Another outbreak of violence in Tripoli caused destruction, there are casualties among civilians.

According to the department’s press release, Moscow has serious concerns on the aggravation of the situation in Libya. There is a growing danger of escalating of the civil conflict and plunging the country into even a greater chaos that is fraught with disastrous consequences for the Libyan statehood.

In this regard, the Russian Foreign Ministry has once again urged the opposing Libyan sides to show restraint. According to the press release, Moscow is convinced that any disputable issues should be resolved only at the table of inclusive negotiations through a constructive dialogue.

Thank you Killary Clinton for successfully let libyans kill each other.

Hope she rots in hell

What statehood in Libya ? There isnt such thing .