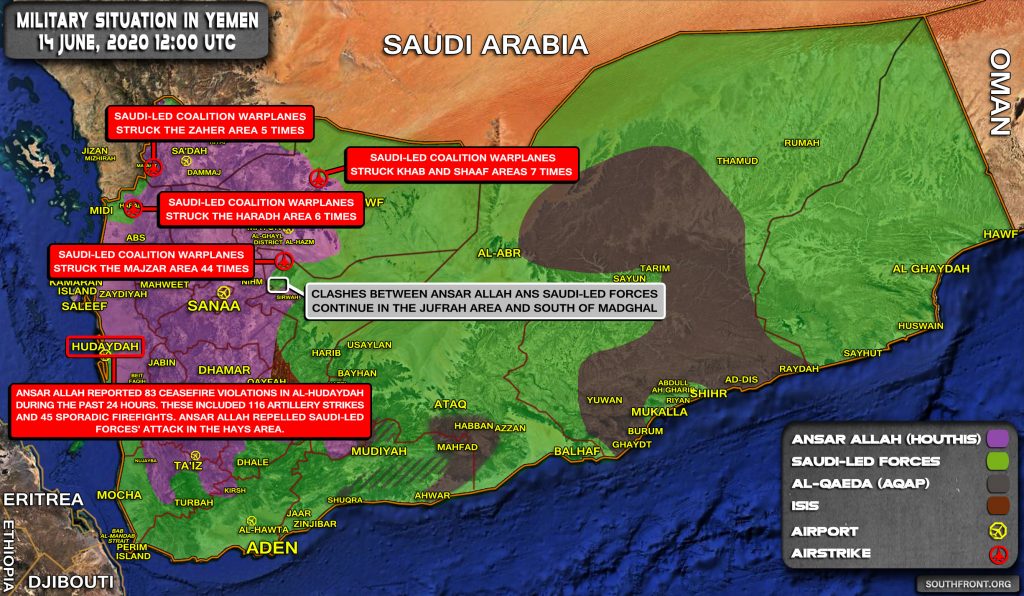 The Yemeni army, backed by the Popular Committees, has continued to advance towards the most important strategic entry points of Ma’rib province, sources reported on Saturday .

The sources confirmed that the army started to progress towards coalition military sites on the al-Assida hill and in Mass camp.

The sources declared that enemy fighter jets launched series of airstrikes in order to stop the army’s progress, but without success.