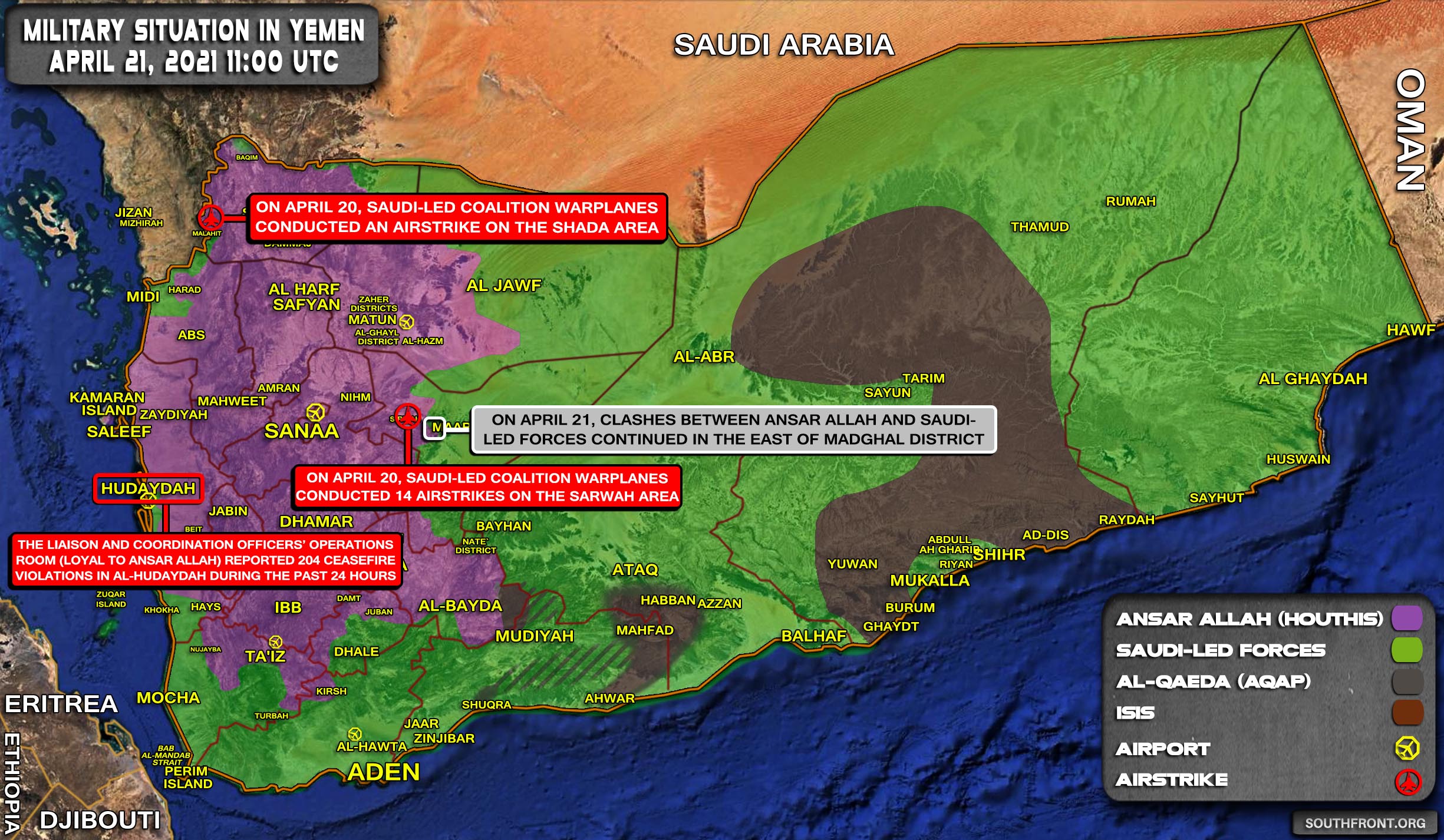 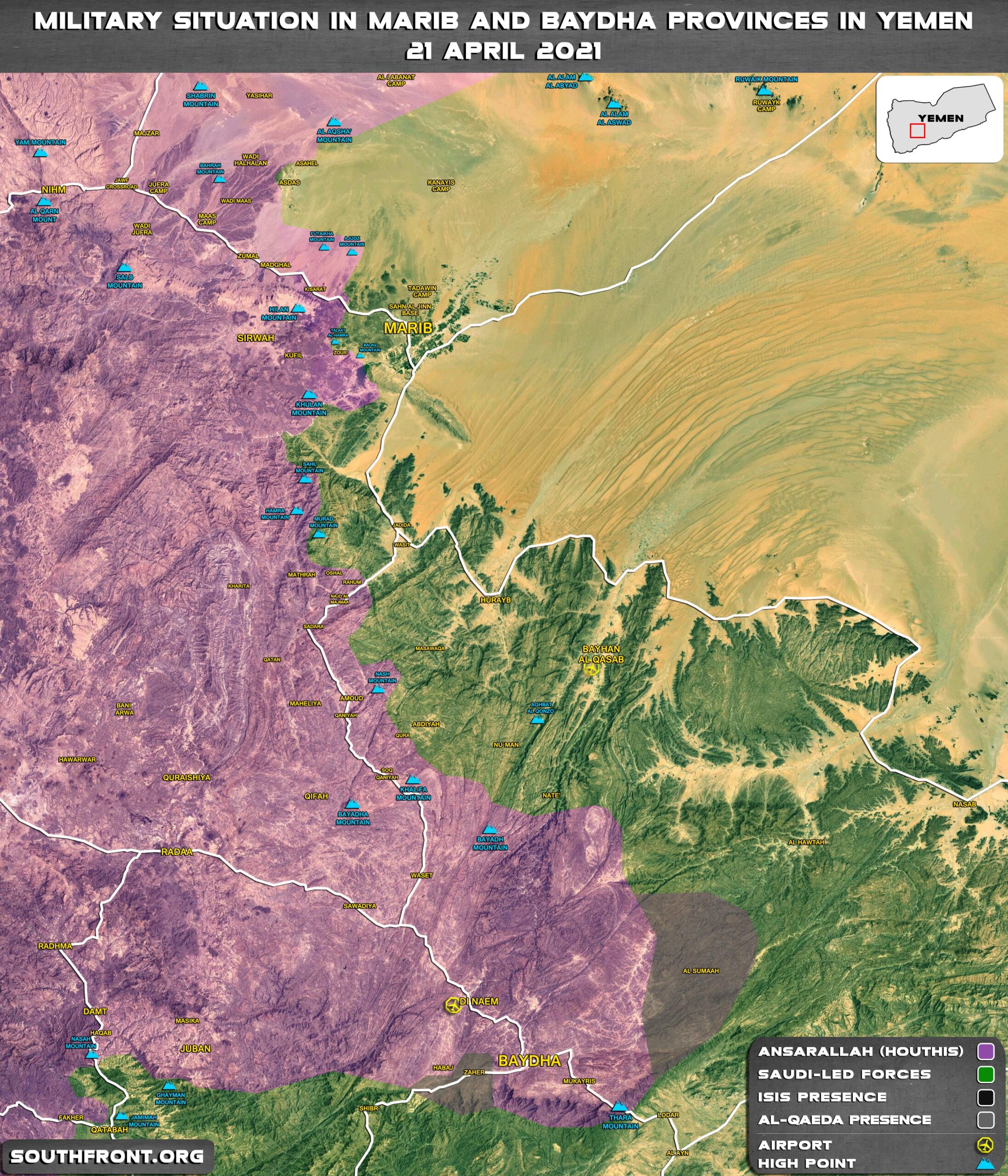 Marwa is Marib’s oil-fired power station fueled by oil trucked in from the Safer refinery. This news was also reported a week or so ago, so not sure if the same incident or current.

“…The conflict took place after Mansour Hadi’s forces arrested several of Al Hadyan tribe (sub branch of Abidah tribes) people and the tribes gathered in Marib to release the prisoners. After the protests did not work, the militants of the tribes stopped the fuel cargos going to the powerplant of the city which caused several conflicts in the eastern outskirt of Marib town and Marwah station. Several of militants of both sides killed and injured so far.

MintPress’ Ahmed Abdulkareem from Yemen: Ramadan Brings No Relief for Yemen as Saudis Block Chairties and Turks Unleash Foreign Mercanaries [link] Just as it transferred mercenaries from Syria to the conflict zones in Libya and Azerbaijan, Turkey — the financial and spiritual capital of the Muslim Brotherhood — is now doing the same in Yemen’s oil-rich Marib.

And from Hispan.tv : Yemen announces imminent liberation of Marib from Riyadh [link]

“…The Lebanese newspaper Al-Akhbar , citing a source from the Yemeni Defense Ministry, reported on Wednesday that as the battle to liberate Marib province continues, Yemen’s Army and people’s committees have made further progress in many regions by northwest of the town and “the liberation of Marib is approaching . “

They did take parts of Al-Balaq al-Qebali mountain and made more progress in the north, but it’s still going to be a slug-fest to get to the city.