On January 20, government forces liberated the Abu al-Duhur airbase and a large number of the nearby villages. In this way, the SAA fully encircled remaining forces of Hayat Tahrir al-Sham (HTS) and ISIS in eastern Idlib and northwestern Aleppo. On January 21, army troops advanced north of the airbase and entered the town of Abu al-Duhur. On January 22, the Tiger Forces continued its operation aiming to liberate this key town and to consolidate its recent gains. 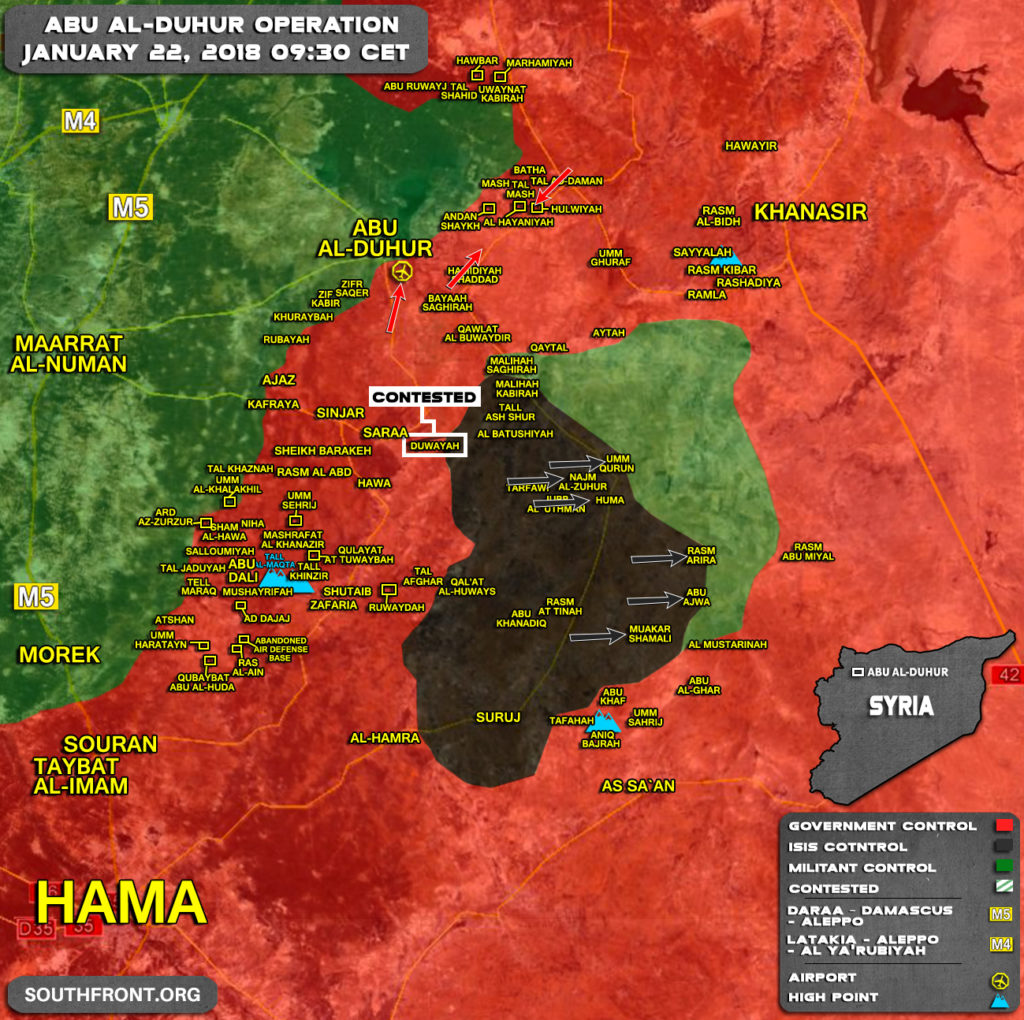 Seems they make claims just like HTS does about claims of being in control of Abu Duhur airbase and the SAA has attacked from the west on the town of Abu Duhur, and keep capturing the surrounding countryside. The swamp in the west is apparently under control of the SAA. Think the towns ISIS are claiming are under control in the east by SAA and Hezbollah photos are available but not for any ISIS gains (propaganda).

Goℴgle is offereing new workers 97 dollars hourly to do easy jobs staying at home .. Easily work Some just few peroid of time in a day and spend more time together with your friends … Anyone can also benefit this online offer…on Thursday I bought a great Land Rover Defenderafter just earning $18476 past six weeks .it’s really the easiest-work however you won’t forgive yourself if you don’t view this.!fx631s:↠↠↠ http://GoogleHomeCashJobsCastEasyTechJobsOpportunities/easy/jobs… ♥o♥♥♥i♥♥w♥r♥♥♥b♥♥p♥g♥♥w♥♥♥g♥c♥♥♥q♥♥e♥y♥l♥♥♥e♥♥♥e♥♥♥o♥♥h♥o♥♥y♥♥♥e♥j♥a♥x♥♥♥h:::::!me621z:lhuhuh