The US-backed Syrian Democratic Forces (SDF) allegedly encircled a group of ISIS members in the areas of Darayeh and al Moroor in the  southern part of Raqqah city after they had seized a number of points in Hanah and Karim areas.

If these gains are confirmed and the SDF is able to clear Darayeh and al Moroor from ISIS units, this will become a major success for the SDF in the battle for Raqqah.

The gains in southern Raqqah will allow the SDF to increase pressure on ISIS terrorists in the central part of the city and to increase its chances to take control of entire Raqqah within 1-2 months. 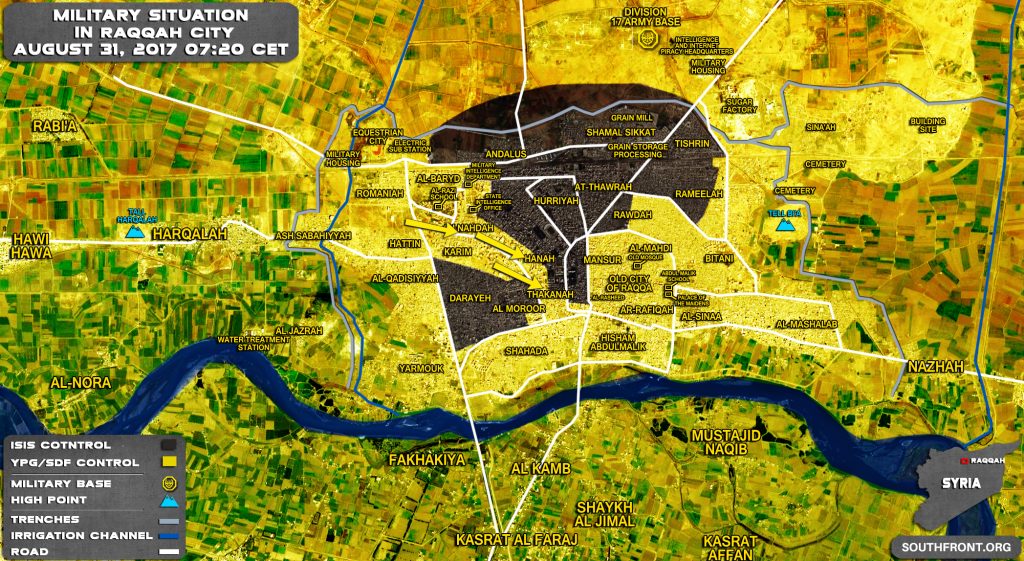 SDF did really well here. Tactically this gives them a very large advantage.

At least the Daeshtards in Raqqa have the Corporate Jones to disdain the Green Bus and fight to the death, unlike the butttasters in West Qalamoun!