This map provides a general look at the military situation in Syria on October 30, 2017. The US-backed Syrian Democratic Forces are preparing to push towards the ISIS-held border town of al-Bukamal. The Syrian Arab Army (SAA) and its allies are clashing with ISIS terrorists in Deir Ezzor city and are also preparing for an advance on al-Bukamal. 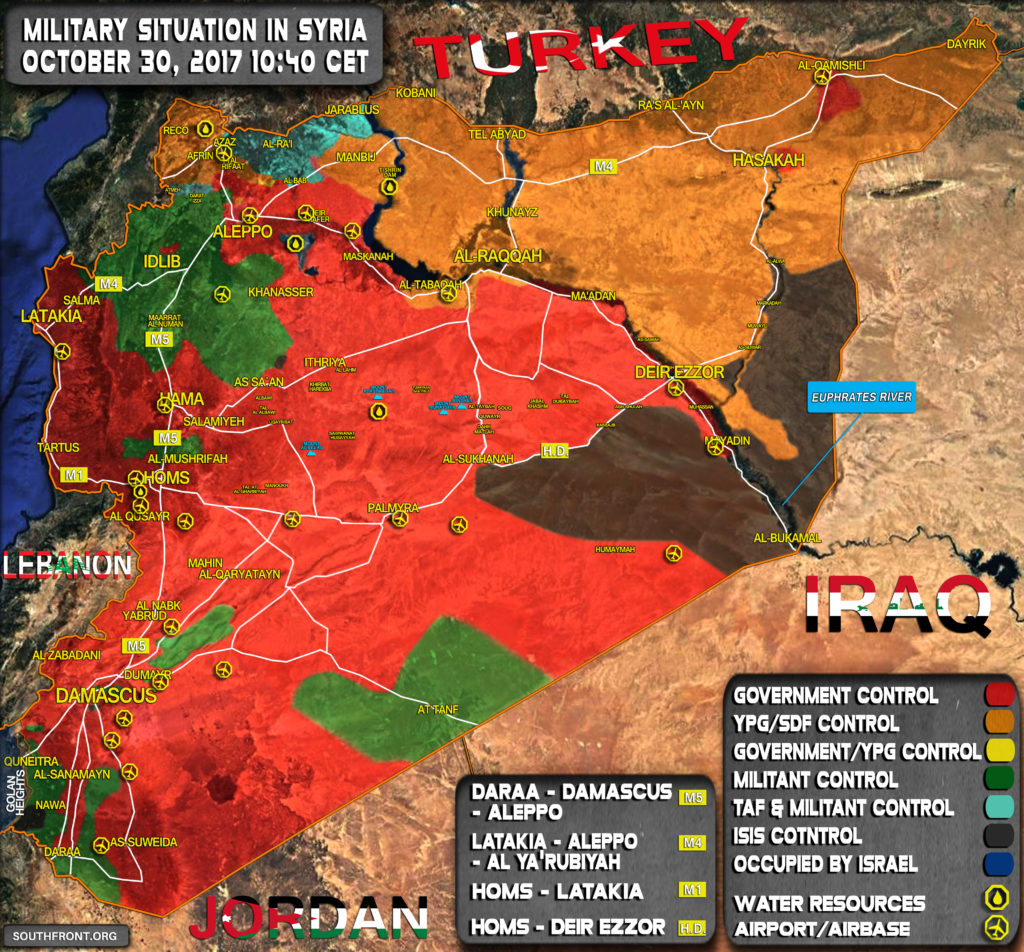 Al Qaryantayn is no longer occupied by ISIS (map).

Thank you for the feedback. The map is updated.

You can call me Al
Reply to  southfront

I understand this is Syria, don’t you think the map could / should contain the PMU forces in Iraq ?. It seems to me that would show a much more positive position than the above does now. Just a thought.

Attrition47
Reply to  You can call me Al

I hope that the Iraqis co-operate with the Syrians in general and at Bukamal in particular. If the Iraqis got there first and then handed it to the Syrians it would be such a larf.

You can call me Al
Reply to  Attrition47

Exactly. To be honest, I don’t think the PMU will listen to the Yanks even if they put a stop on attacking – well I hope so anyway.

Amin is a Persian
Reply to  southfront

What is that small green spot at the Lebanese Syrian border in the Qalamun as well !!!??? ISIS and other moderate terrorists are already evacuated from that place.

southfront
Reply to  Amin is a Persian

Dear friend, thank you for the attention. The map is updated.

SAA are going to fake the attack on Al-Buckmal and hit Al-Tanf hard from all sides! North, East and West while the PMU are going to hit it from the South! This is my prediction!