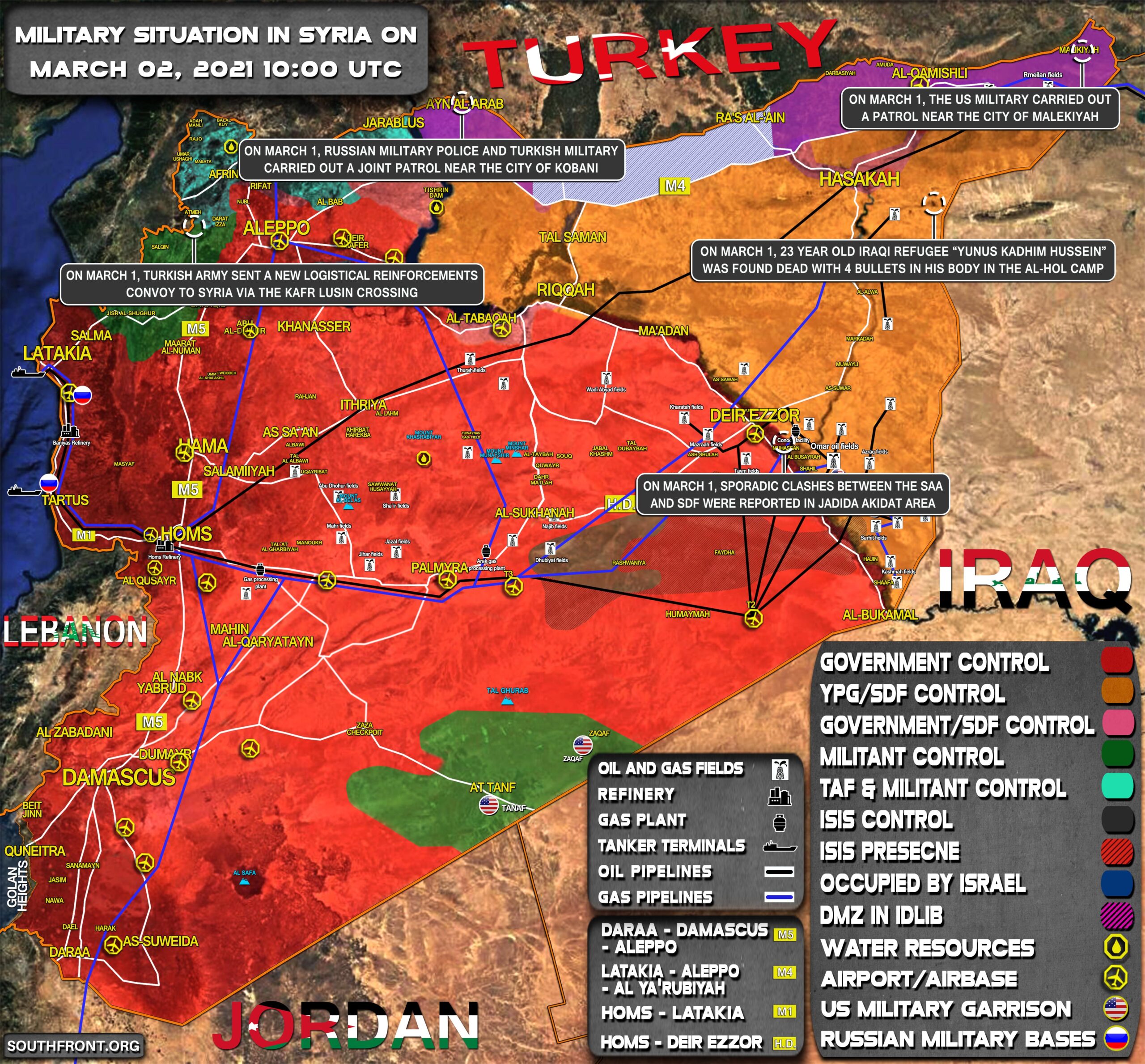 Here’s some even more interesting developments that SF has left out of their situation update,

“Deir Ezzor, the eastern countryside: clashes between the SDF forces and members of pro-Assad forces, on the line of contact between them in the village of Al-Tabiya and Jadid Akidat, and the clashes are still continuing with the arrival of reinforcements to the forces of the SDF”.

“The Deir ez Zor Military Council is reportedly clashing with the SAA at Jadid Akidat. Third day in a row that fire has been exchanged between the two in the governorate”.

“Clashes are being taking place between the Pro-Assad Forces and the Turkish Forces close to the Sharghragh silos in rural Ain Issa”.

So the SAA are clashing with both Turkish and SDF forces, isn’t that interesting.