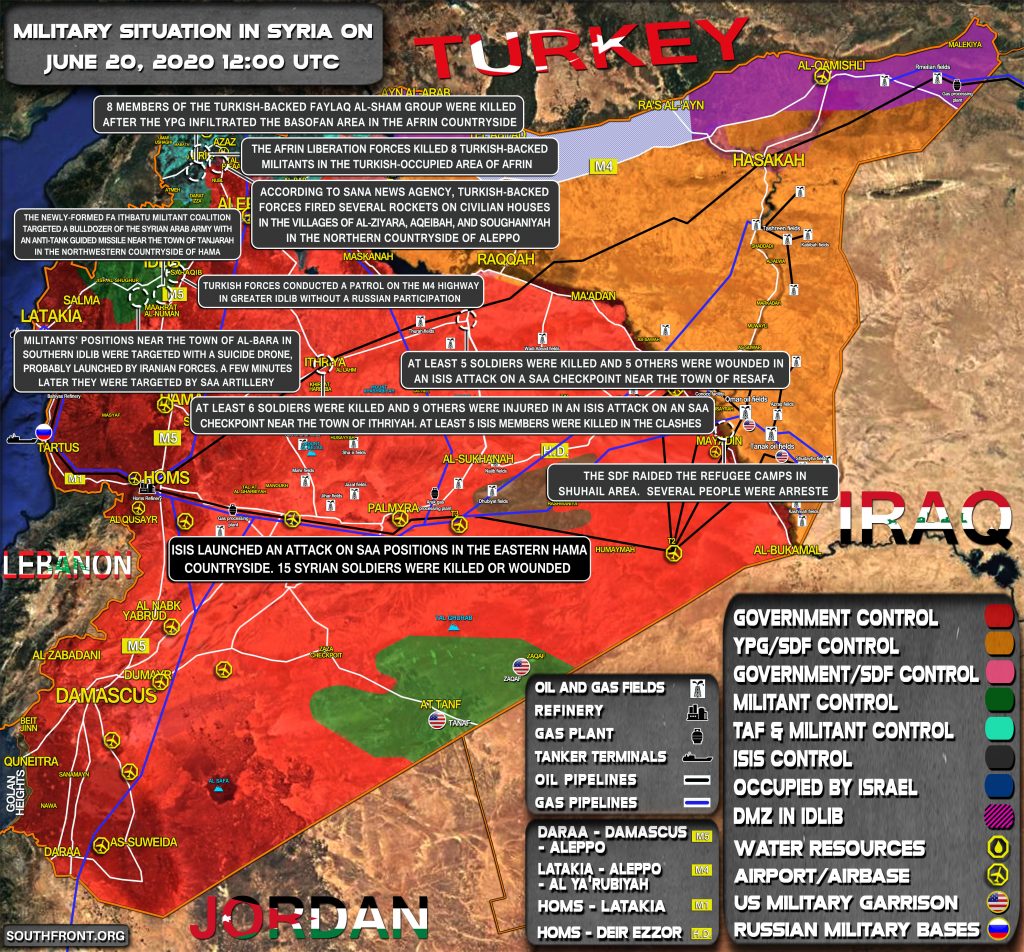 Without anything new at the front my general. 65% of Syria origial land is now the new Syria land. The other part belong to Turkey and its terrorists, Kurds-USA-Israel puppets, small part for USA at the southeast, and small part to Russia at the north west.

No real good news here so I’ll give you all some, we deserve it after all the bad news we’ve had lately.

“In an interview with the CNNTürk late June 18, Çavuşoğlu elaborated that the March 5 deal with Russia is working although some groups are trying to provoke the local people against the Turkish and Russian presence in Idlib.

The creation of a new safe zone in Idlib is one of the objectives, the minister said, hinting that it could lead to a new defense line for the Turkish troops deployed in the enclave. That would result in the relocation of the Turkish troops in the area, including its observation posts in the southern parts of Idlib under full control of the Syrian and Russian military, he added.

Turkey had established 12 observation posts in Idlib in line with the country’s Sochi deal with Russia in late 2018, but half of them are now surrounded by the Syrian army as a result of a months-long operation by regime forces against opposition groups in the area. Russia has long pressed Turkey to withdraw these troops, but Turkey has been reinforcing them against a potential regime attack.

Çavuşoğlu implied that the Turkish troops may be relocated in line with the new realities in the field and arrangements to be made with the Russians. That would practically end the Sochi deal that led to the de-escalation zone in Idlib and replace it with a new order and a map in the region.”

Sometimes I’m critically harsh when it comes to Russian policy towards Turkey but this time they get my praise, this is a really good sign that Erdogan isn’t considering any offensive actions against the SAA any time soon, well not here in Idlib anyway, in Al Hasakah it’s a totally different matter, that’s where Russia should be totally ashamed of itself, resolution 2254, vomit. :[