The situation has remained relatively calm in Syria since the Syrian Arab Army (SAA) liberated a large area from ISIS south of the Palmyra-Homs highway in May. Since then, the SAA has continued developing advance against ISIS in the province of Homs, Aleppo and Hama. The ISIS stronghold of Maskana in the province of Aleppo is the current main goal of the SAA.

Meanwhile, the US-backed Syrian Democratic Forces (SDF) are advancing against ISIS in the countryside of Raqqah, aiming to tighten the siege on this ISIS stronghold. 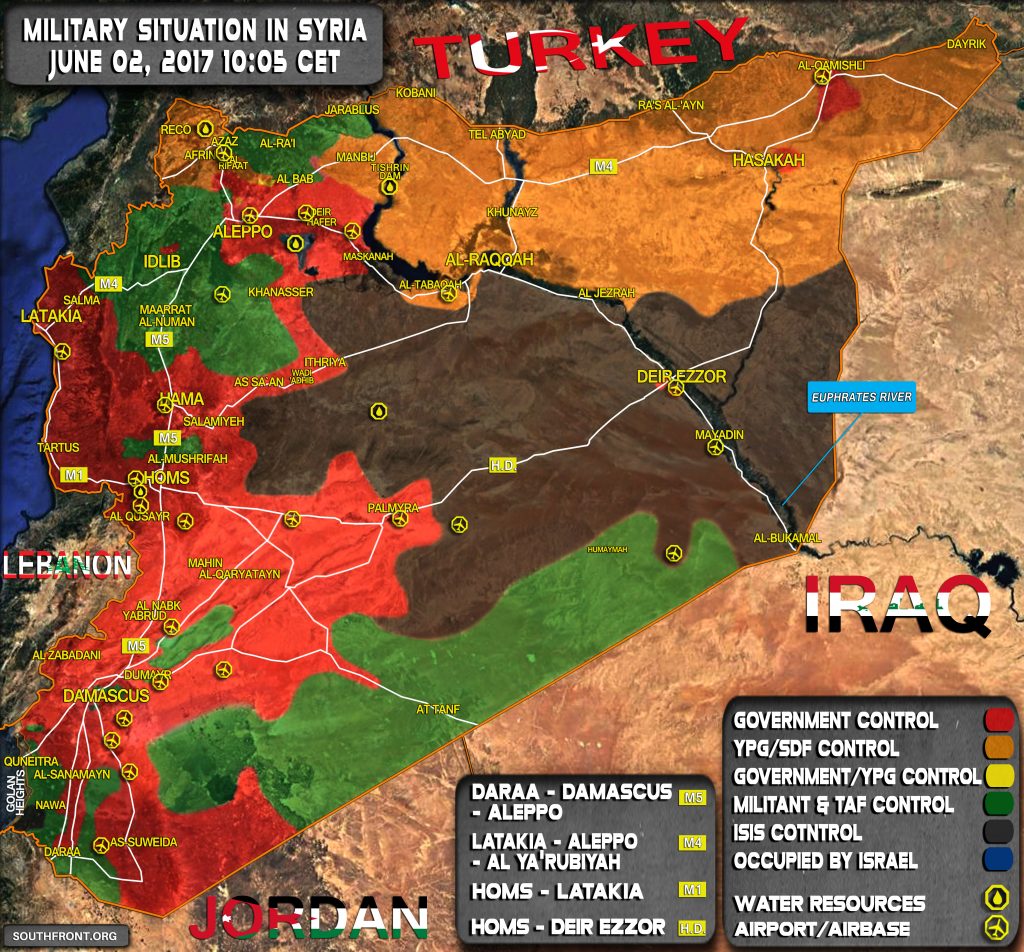 I’d prefer ISIS over the SDF. ISIS holds off SDF in their pretend war against each other then Russia and Syria annihilate ISIS from Raqqa.

Pretend wars of IS were between IS and Turkey/FSA.

I find your comment rather despicable give the many kurdish and other SDF fighters that gave their lives, by which also the SAA has profited.

The fighters are not the problem, the leadership is who you have to watch.

I like SAA and all its allies. But I do not like Turks and their role since Ottomans times in the whole area. ISIS will be history very soon. For the kurds I see two possibilities: fighting alongside with SAA against FSA (turkish and US backed), mainly in idlib countryside and the turkish occupants in the North or be an enemy of the SAA when the time could come in summer. Therefore I would decide for SAA and then to get ancient kurdish land under own control, administration and parliament members in Damascus. Better would be a great solution with Iraq and Syria together and a bigger kurdish land supported by Iraq and Syria (not US) to fight against Turkey for the main part of Kurdistan, the whole east of turkey. Kurds have it their own hands which card the play. Syria and Iraq have a historical chance to give them a little Kurdistan back and to have a partner against Turkey’ s ambitions tp play the bif Sunni leader in the region.