This map provides a general look at the military situation in Syria on January 15, 2018. The main military developments are taking place in three areas: Leah
Reply to  You can call me Al

I have looked at the map, like some zombified fool that suddenly awoke. That green blob near Damascus seems to be expanding to me; is that correct ?.

I never understood why the hell that wasn’t first on the hit list to cleanse. I would be vary careful about that and get in there asap.

Probably because the Jihadis down there are very well entrenched in good defensive terrain, which spells meatgrinder, while at the same time posing only a minor nuisance when they are not attacking a certain exposed military base. So little to gain for a lot of effort that has to be expended. That puts the East Ghouta low on a long list of other objectives that are also screaming for attention. And which have proven to be far more fruitful. Like taking East Aleppo, Palmyra, Central Syria, Deir Ezzor, the Shia land bridge, currently Abu Duhur. In short securing East Ghouta falls in the category nice to have, all the others in the category must have.

we are talking about populated civilian area. cant bomb it without casualties and of course all that you mentioned.

Just not sure what you are talking about a “Shia land bridge” are you some Racist by lumping people into one group, you need some serious help if that’s the case. Those civilians who haven’t fled have been trapped there which makes it a difficult region to liberate. When you look at the rat warrens and tunnels in the region full of traps and rats which they have traveled them for years, so they have an advantage in knowing them, and in Vietnam going after them in the tunnels was high risk and little gain.

The SAA and it’s allies are playing a cautious game in East Ghouta to limit civilian casualties where as the Muslim Brotherhood groups don’t care. The other more important tasks are the airport at Abu Duhur as this will be taken from 3 directions. ISIS in the pocket will be chased out of it as the only cells there were from HTS or whatever they want to call themselves. They are still all the same Islamic Terrorists with a new name all the time. This how they all should be categorized.

J.Guest
Reply to  You can call me Al

Just depends on the map maker and the tools used in the creation of these maps their are others out there and not the same as this one. The others are more accurate in some cases take it for an approximation and not an accurate map, in war areas move but not like these ones have.

Just a desert region like many they are hostile to outsiders no matter who and hate any form of government and organizations, likely they will kill ISIS and no one will have to worry.

all right. let then there yanks. if it is nothing worth …

I would think that area and the one along the Iraq border are almost completely uninhabited desert. Matter of finding and exterminating the camps. I can’t believe there are too many jihadis out there. Some just north of al-Bukamal, apparently. And then the small Hama and Golan pockets.

Somewhere in D.C., Obama cries for his lost boys.

Yes, and none activity at all. What is going on on the area ? When will Russia-Syria-Hezbolah-Iran erase the terrorists from this area ?

the pocket in Idlib seems brilliant in planning…you enclose isis and hts there….let them kill each other…when they are done killing each other you take out the remaining criminals….way to go SAA.

If the militants are rational, they would have used the last two days to withdraw all their forces from the pocket while they still had a way out.

And the SAAF and RAF should have pounded those convoys.

Well it’s difficult with it raining air support is nonexistent when that happens, why pound their own spies among that region. Makes no sense to infiltrate the enemy to bomb your guys within. 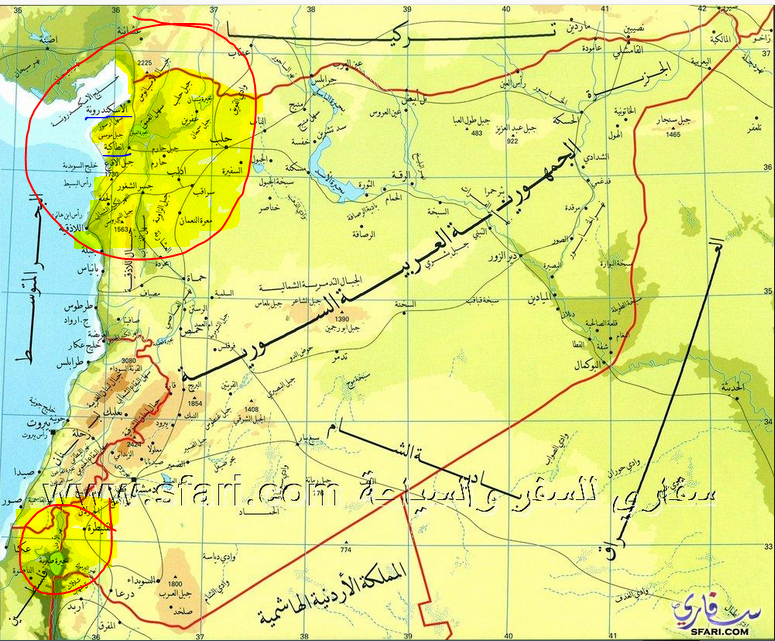