This map provides a general look at the current military situation in Syria and higlights some of the recent developments in the war-torn country: 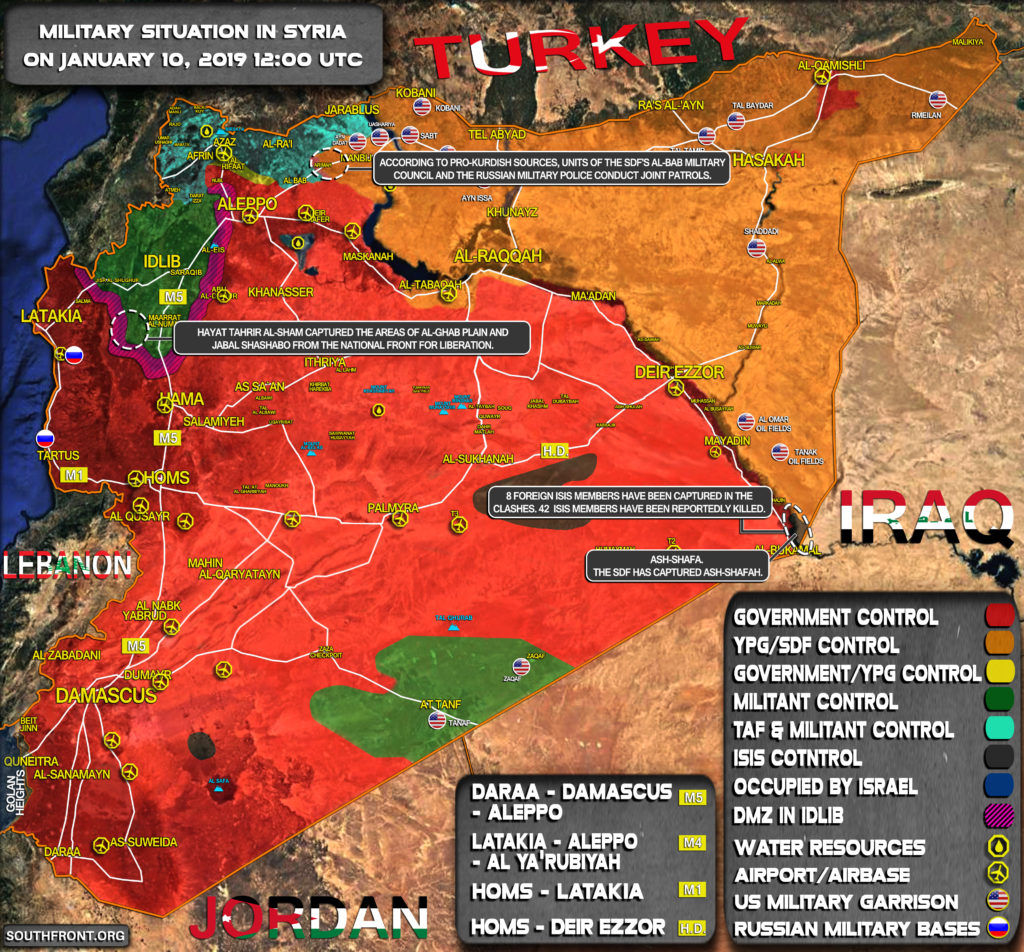 What are the SAA doing? How comes the isis pockets aren’t being cleansed? It’s been months

Agree. The same here. This just shows that nobody really knows what is happening and where are the best units of SAA …. specially Tigers It has been very long time with no results.

The ones on the East of the Euphrates ?, if so why should they get involved.

The big camel toe, West of DeZ – I agree with you.

Willing Conscience (The Truths
Reply to  H. A

It’s not really a pocket of Isis, just an area of operations. They only have small groups hiding out in the area [not really occupying] and making quick raids and creating problems for the SAA and some local towns occasionally. Estimates of 1500 Isis fighter but I know there are more, there were 1500 before the Ghoutah campaign and Assad let another 1700 join them from there in a secret deal that was revealed to the media, so I think at least 3200 operate around this area and close by, less if they’ve killed a few already and they have, so maybe as many as 3000 still left at a guess, but they aren’t a major problem for the SAA, when the times right they’ll be dealt with easily, it will just take some time to route them all out from their hiding spots.

It looks like that Russia has stopped any SAA offensive at Idlib and any other place !! This Putin-Erdogan agreement has been very helpful for terrorists and Turkey, but it has been very bad for SAA-Iran-Hezbolah-Russia ground troops. It also looks like that Putin will continue protecting Turkey invasion to Syria.

I delay asking this question so you be the only one see it and answer me.

And I do like to discuss this with you because our opinion as well what I know is contradictory on this idea all of you seem to have about russias policies and where they leading.

But first answer me what I ask and we discuss this with facts if you want.

I will respond tomorrow if OK. Siesta time now.

any time my friend that is convenient for you I really want to know how you think, so I understand better.

Russians began their Christmas on Jan 7, wait until after Jan 14 and I’ll bet you change your mind.

Remember, when SAA wanted to chase ISIS trash in the Damascus Desert? Yeah, me neither…