ps. the houthi dont have no “friend” like putin…… and hey what a fucking coincidence….they are winning………….( russia voted FOR an arms embargo AGAINST the houthis with france,USA,UK…while at the same time, selling modern military products to the agressive invading and occupying forces of saudi a. and UAE)………..ACTIONS not words…putin is a trechrous zionist pig.

and how long is idlib and afrin now occupied ????

with a friend like putin, who needs an enemy !

Can you do 15 minutes of standup? lol

‘zionist created moslem brotherhood’? Hilarious … do you source your own material? pmsl

So … anyone NOT DOING the bidding of Iran is a zio ? ROTFLMAO

Ya f/kn shia Sh Xt head … May your ilk die in ever greater numbers … eh?

The Future is About to …

“anyone NOT DOING the bidding of Iran is a zio”

Yeah famous “hasbara” label….
I hate to agree with Zionist c u n t like you but you are at least in that 100% right !
Somehow this forum is high-jacked buy Shia Iranians and their stooges.

That is the fact !

Shia Iranians pretend to defend Arab Sunni Palestine (while they are betrayed by other Sunni Arabs) and NOBODY blinks!
Nobody thinks that is only Iranian posturing, a smoke screen!!
The same goes with exclusivity of their “fight” against Israel !!
Iran never fought the single war against the Jews, yet they pretend today, that they are the ONLY one ( who want to ) “fight” Israel ?!
Like there are no hundreds of millions Sunni Muslims (and non- Muslims) who hate Israel also !
The only thing Iranian truly care is “SHIA CRESCENT “(their dominance over the Shia and Sunni Arabs and all others in the Middle East).
But the same imperial ambition goes for US, Israel and Turks also.

EXCEPT … 100’s of millions of non-Muslims who hate Israel?

“100’s of millions of non-Muslims who hate Israel?”

Yes !!!
In 5 billions non-Muslims 100’s of millions is not so much in total percentage (of total population) but plenty for tiny IsraHell to be able to survive.
I am not Muslim and I know plenty of people, who like me, hate Zionists and IsraHell.
Tide is turning against Israel !!!

Thanks for the info …

That you’re one of them is OK … lol

I have “INTEL” for IsraHell : You are SURROUNDED by ocean of Muslims …
Run away fools!!

Jews… They’ll handle …nothing !
They are wrong country on the wrong place!
Muslims will finally unite and destroy IsraHell ( they can’t stay separated idiots forever)
I’m watching you guys dancing on Putin’s grave for decades !!!
…while US is going down the drain instead !
The biggest Jew mistake was attempt to destroy Russia!

Homosexuals still don’t get it,they are in no position to win anything with their lies,they obviously can’t fight for sht either,if anything they lacketh moral compass to yield and observe the truth,but rather rant off like a little girly pretending to be the ducks guts of alpha males,when they sure as hell got none,infact in my experience they whom partake towards lies and accusations of the just are only just that (gutless p00fs) That ain’t slander
but if they had a fraction of a brain left after satan ran its gigantic skeletor dk though their fkd up head,they would get off the cia gender change pills and try to astound towards better solutions to avoid conflicts with the far more capable mens,whom don’t go about boasting lies to better stocks up wins!

The common soros trampy.protestors represent nwo weaklings,mind over matter,knowledge has power,not cia gimp and its allready failed fake mates,
likely first in line thrown under the nwo bus,as if their masters give a rats arse about any of the clowns,indeed their kurds are me/lgbtq turds=sic! 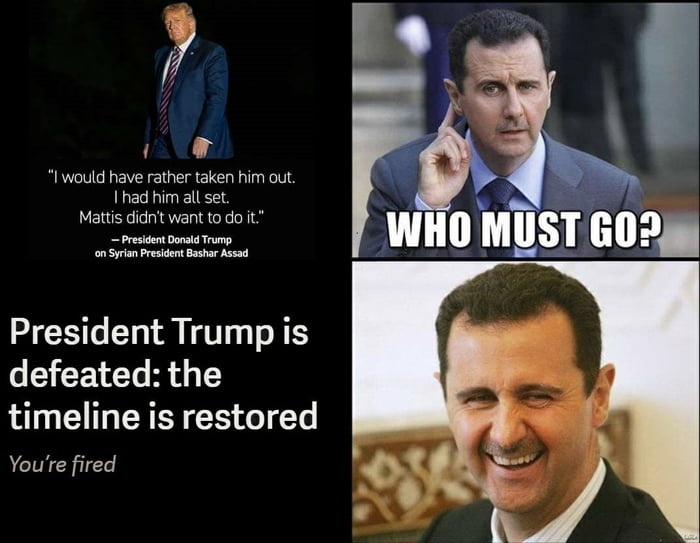 Hey!…People OF SOUTH-FRONT
And this one?!..
[Russia threatened Israel to prepare to attack IDF planes.

Russian President’s Special Envoy Alexander Lavrentyev made a report in which he underlined the reluctance of the Israeli side to respect the agreements reached between Israel and Russia on the de-escalation of the situation in Syria. Lavrentiev noted that Moscow’s patience has completely dried up, and that if Israel does not abandon its aggressions against the Arab Republic in the near future, Russia will be ready to attack Israeli planes, not only at- over Syria, but also in airspace over neighboring countries, or in international airspace.”]

what really happened to The Weeknd’s face. Netanyahu has ordered vaccine shipments from Russia to millions of Palestinians blocked while almost all Jewish citizens of Israel have been vaccinated….

Russia and Iran are at odds NOT Israel … hello?

Sounds to me … yer full of sh Xt

Hello?…Biden has removed Iranian backed Houttis from the terrorist list..Trump is not the president…therefore at any moment IRGC&Hezbollah will attack Israel…more than 10 B747 cargo have landed in Syria in the last month and I dont think that those plane carry pistachios and dates…while Israel continue attacking empty warehouses and( not Iranian& Hezbollah troops) and wasting missile as almost all of them are being shot down by Pantsir AD….there will be no problems.

Too good news to be true.

“Russia has officially announced its readiness to shoot down Israeli planes in case of further raids on Syria
Russia threatened Israel to prepare to attack IDF planes.
Russian President’s Special Envoy Alexander Lavrentyev made a report in which he underlined the reluctance of the Israeli side to respect the agreements reached between Israel and Russia on the de-escalation of the situation in Syria. Lavrentiev noted that Moscow’s patience has completely dried up, and that if Israel does not abandon its aggressions against the Arab Republic in the near future, Russia will be ready to attack Israeli planes, not only at- over Syria, but also in airspace over neighboring countries, or in international airspace.”

“Sooner or later the cup of patience, including that of the Syrian government, may overflow, and a retaliatory strike will follow, which will lead to a new wave of tension as a result. These attacks must stop, they are counterproductive. We hope the Israeli side hears our concerns, including our concerns about a possible escalation of violence in Syria, ”Lavrentiev said.

It is from article called : “Netanyahu Pushing for Shooting War Between US and Russia Over Syria to Save Himself” scroll down
Link:
https://www.veteranstoday.com/2021/02/21/breaking-netanyahu-pushing-for-shooting-war-between-us-and-russia-over-syria-to-save-himself/

From 2 ceasefire violations in Aleppo a few days ago to 14 today, but I counted at least 20 up until a few days ago and there’s been more since then, mmmm.

And here’s a report from syrialiveuamaps,

I’m putting my money on it being one of the newly recruited Sunni militias that Iran was bragging about recruiting, perhaps they just bit the hand that’s been feeding them.
And what about these reports

20th Feb,
“South Syria: Jordan seized yesterday another batch of drugs with 100,000 pills of captagon on its border. 2 killed. Drug traffic in S. Syria is controlled by groups affiliated with Hezbollah & 4th Division”.

7th Feb,
“Another large quantity of drugs from Syria was seized yesterday, this time by Jordan. Hashish & 214,000 pills of Captagon were seized”.

Who’s trying to smuggle drugs into Jordan, I’m pretty sure it’s not Assad, so maybe the Druze have been right all along.