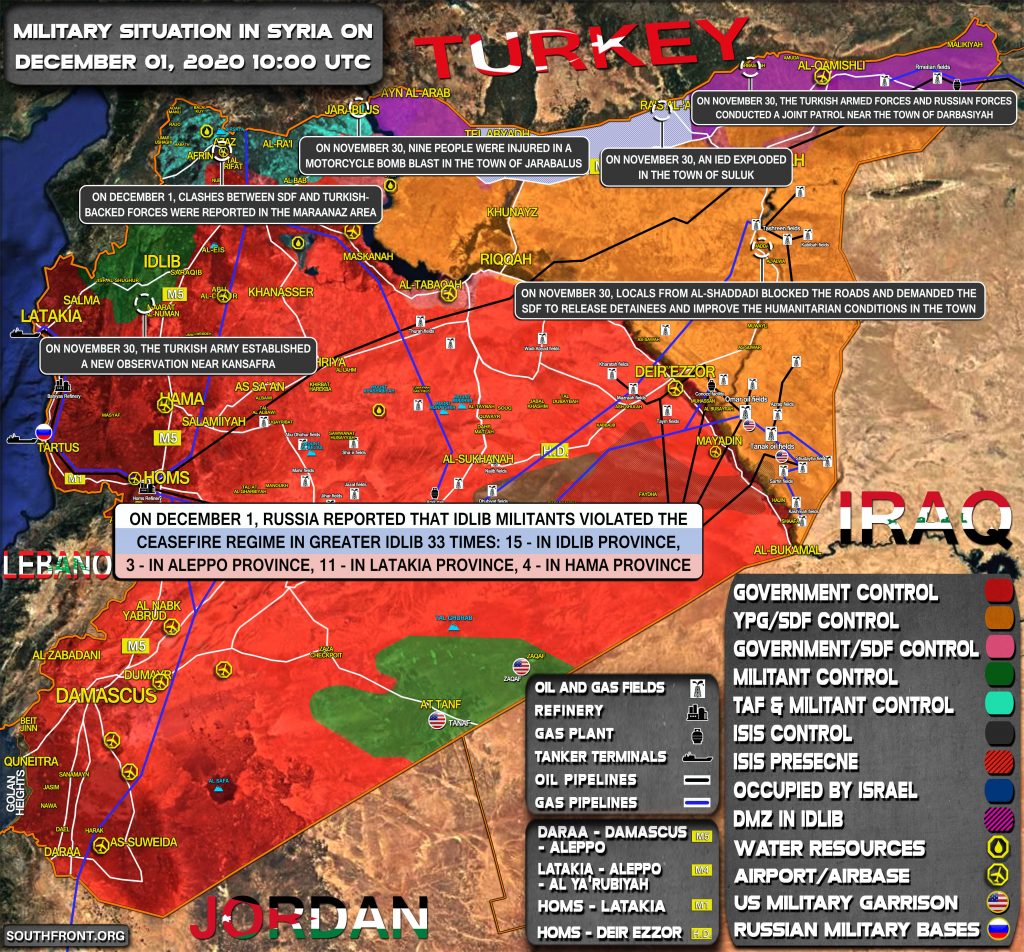 This article is so sparse as to be practically non-existent. Can we have some in depth news and analysis?

You can but not if you just rely on SF, occasionally they do republish articles from the Saker which are always in depth and honest too, but it’s only once in a blue moon you get a treat like that on SF.

12/11, The Turkish army is shelling Menagh and Menagh airport with artillery.

16/11, The TFSA has launched an attack on positions near Ayn Daqnah tonight resulting in extremely heavy clashes. One position was overrun and both sides took casualties. The TFSA took one prisoner back with them before they were expelled from the position, The TFSA attempted to overrun three separate positions but were repulsed from two of them by the Afrin Liberation Forces. However the third position they successfully were able to get into for a brief time before withdrawing, The Turkish army and TFSA are shelling Maranaz, Milkiyah, Shawarighat al Arz, and Qalaat Shawarigha with mortars and artillery at this time.

17/11, Turkish army is currently shelling the village of Beluniye in the Shehba region.

21/11, Maranaz, Malikiya and Menag airport are being bombed with artillery, Turkish-backed groups are targeting Maranaz and Kafr Khashir villages in Northern Aleppo, After the Turkish shelling SNA launched an atttack on YPG/PKK position at Ayn Daqnah, Turkish Forces and its affiliated opposition armed groups shelling the villages of Ain Daqnah and Bayloniyah southern Afrin, in the countryside of Syria’s Aleppo,

The only good news for Aleppo is the Turks vacated another OB post at Al Jabal Qebt.

So, what do you want to say is that Syria is in a stalemate, no more offensive actions, but Wahhabi Turks can do whatever they want. If it is ever right time to do something it is now, while America is in chaos.