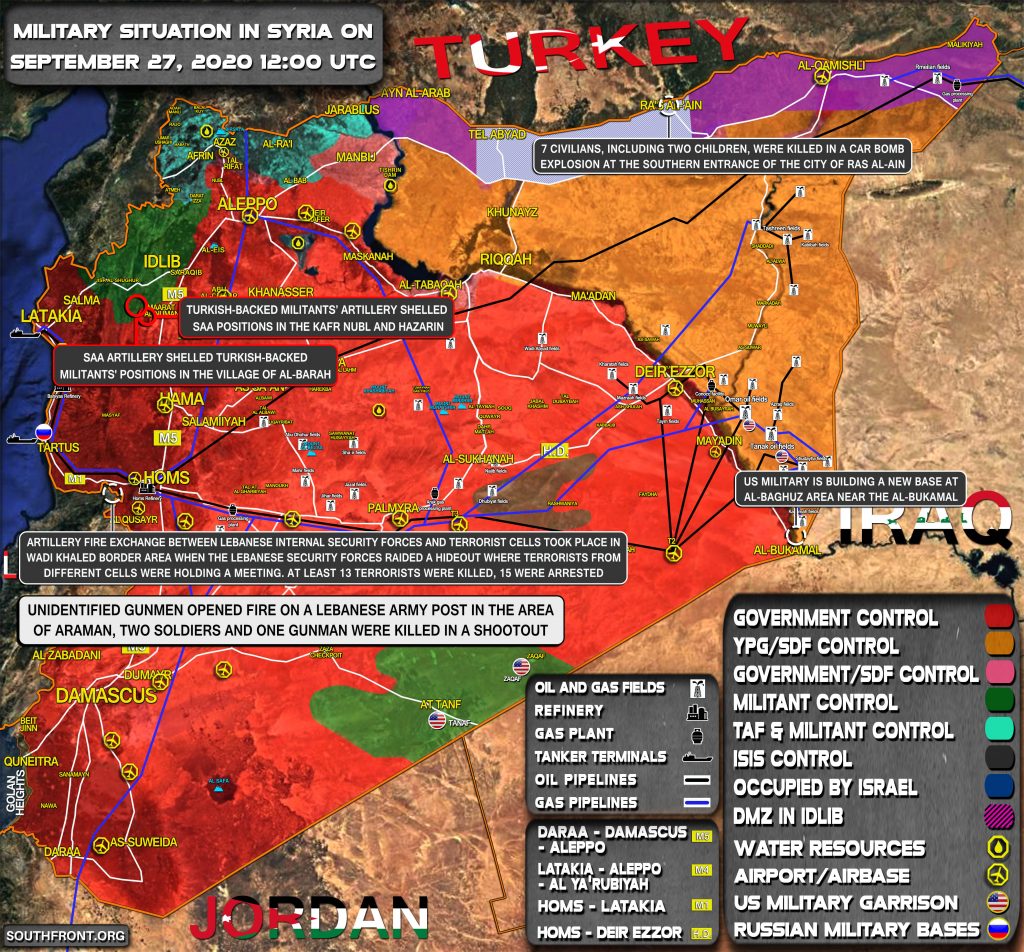 Meanwhile, the clashes took place in the northern Lebanon:

Rest in pieces you pigs. I just don’t know how that happened in Lebanon, when years ago entire Lebanese-Syrian border has been cleaned out of Wahhabi degenerates.

All of this was expected after Russia-Turkey stopped SAA offensive on Idlib.