The security situation in both Syria and Iraq remains complicated. The Baghdad government is trying to restore the law and order as well as to eliminate ISIS cells across Iraq:

The security issues in Syria are not limited to the SDF’s inability to put an end to the growing ISIS influence in the Euphrates Valley. 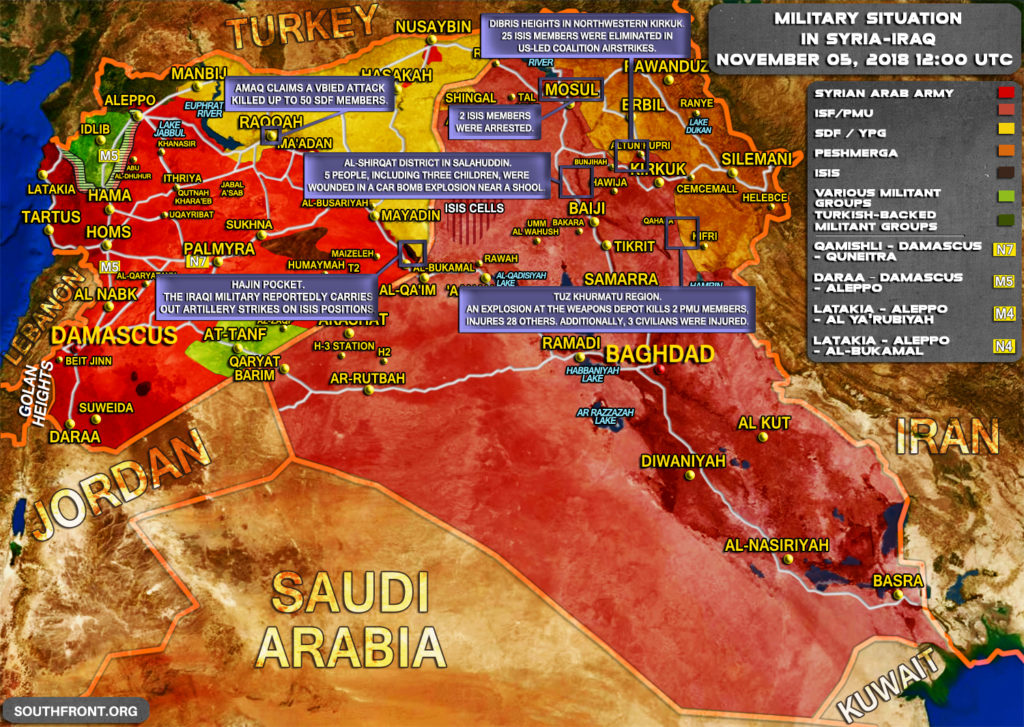 Damn Daesh is all over the place.

Except on the territory under control of the Syrian government, more than 60% of Syria. There we don’t hear nothing about ISIS. Inside that large part of Syria, ISIS as only the little pocket of al Safa and an more larger pocket in the Homs desert.

Thats unfirtunatly not correct at all.

Except that little pocket near Al Safa materialized out of nowhere? Go back half a year and that area is red on the map. Similarly ISIS took over Al Qaryatayn out of the blue what was it? A year ago? And from time to time they also pop up in Al Bukamal? IS stuff keeps on happening as well in government controlled territory. It’s just that SF and most people here find it hilarious when it happens in SDF and Turkish controlled headchopper country, so its being given way more attention here.

Thats how guerilla warfae is. They have to be caught one by one.

Did anyone else notice this statement – “Security forces respond by cracking down on known ISIS cells and carrying out operations to prevent further terrorist attacks”; known ISIS ??? – sounds like the known vermin, raping, stabbing, shooting and bombing in Europe.

SAA has to clear the desert from those rats. now that there are no ongoing operations ,its a perfect time for that.