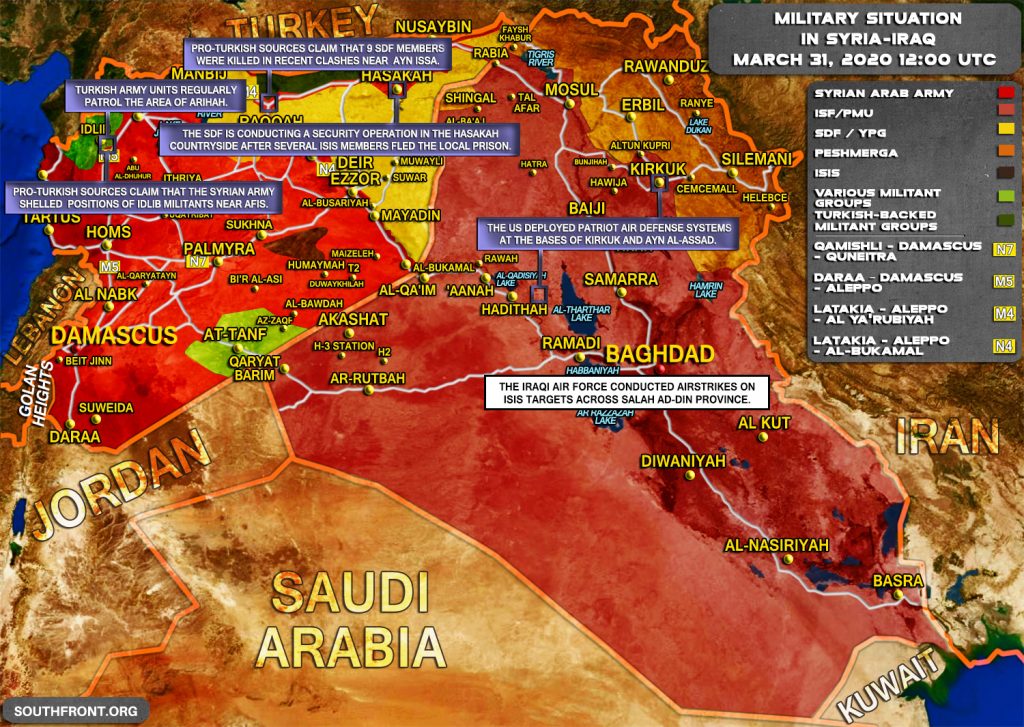 A brief  overview of the recent developments in Syria and Iraq:

So while the USA celebrates a great victory by making the Russians drive through mud Russia destroys the US economy by engineering an oil price war that is pushing US shale producers into bankruptcy creating a crisis in the bond market that threatens the entire US economy and the USD status as a reserve currency.

Hey, I get it, you gotta take your victories wherever you can these days. USA USA USA

Russia has to sell oil for less then half of theprice not to collapse. Thats the fact.

USA as state is totally independent of oil.

This is a market thing among oilproduceres, where the only winners are the consumers.

The loosers wil be them, which cant sell their oil to low or high prices in the corona recession.

Most likely those shale companies in USA probatly might be loosers, but the rest of USA, which are the overwhelming part, will win.

It would be a problem, if there was need of oil in the world. There is not now.

“It would be a problem, if there was need of oil in the world. There is not now.”

it’s not an oil problem …. it’s a debt problem.

“Most likely those shale companies in USA probatly might be loosers, but the rest of USA, which are the overwhelming part, will win.”

It costs US shale oil producers on average $60/bbl to pump oil out of the ground. That’s not what they need to make a profit …. just the point where it doesn’t cost them out of pocket to pump oil. In order to be profitable shale oil needs $75-95 / bbl.

The problem is US shale oil producers were already in debt to the tune of $1.9 T USD waiting for oil prices to rise to profitability. This debt is in the form of ‘commercial paper’ or bonds. As you know the riskier the bond the higher the interest rate.

So ask yourself who is going to buy more Shale oil debt and how are Shale oil producers going to pay the higher interest rates necessary to attract anyone to these bonds at a time when the world economy is going through a liquidity crisis.

Yes! that’s exactly what’s happening. The US taxpayers are borrowing printed money issued by the fed to loan money on assets that will vaporize in a number of months. this at a time when we are entering a depression the likes of which modern history has never seen before.

Anyone who has taken economics 101 know that printing money with nothing of value to insure it’s value results in inflation. The USA has managed to print dollars by the trillions since 2008 because of their status as the worlds reserve currency and because of a deal they have with the Saudi’s to only sell oil in USD in exchange for security.

1. If the world is in depression who needs USD?

2. The USA has been in a trade war / sanction war with half the world for years. Do you really believe now that the USA is weak they won’t hit back?

Russia has the USA bent over a barrel of oil and is having his way with her. Wanna bet there isn’t a lineup behind Russia?