Iraqi seucirity forces, backed up by the US-led coalition, have fully liberated the city of Mosul from ISIS, at least according to the Iraqi authorities. However, sporadic clashes are still ongoing inside the city and the security situation in Mosul is very complicated.

In Syria, the US-backed Syrian Democratic Forces (SDF) are storming the ISIS-held city of Raqqah. Meanwhile, the Syrian army and its allies are steadly advancing in the desert area in southeastern Syria and in the countryside of Palmyra. 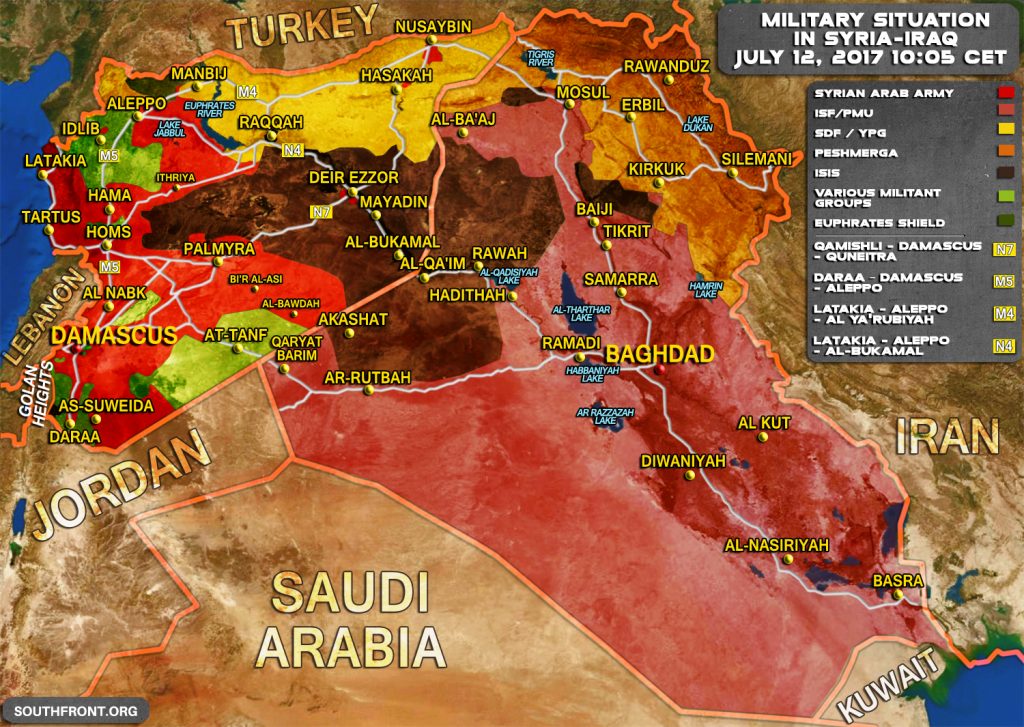 Might be time for some PMU to become SAA .

Ronald The SAA needs to be re branded as SA – Syrian Army or the Syrian Military so it becomes inclusive of all its people, Armenians, Kurds, Lebanese, Iraqi, Iranians, etc.

For the attention of all the Generals and Experts out there, please review the Map again.

Is there any reason for not showing the road network out of Al Tanf into Jordan which links into Saudi Arabian road network ?

The Saudi – Jordan – Syria road network is the US led Saudi “Terrorist Conveyor Belt” and its Logistics, financing, arming and training of terrorists into Syria.