Syrian government forces have regained a number of points in the desert area south of the al-Seen military airbase and continued pressuring US-backed militants in the area. This advance is a part of the wider effort aimed at isolating the US-held garrisons at the border with Iraq.

Meanwhile, the Syrian army and its allies have fully captured the al-Hayl gas field and nearby hills from ISIS terrorists south of the ISIS-held town of Sukhna (Sukhanah) located at the Palmyra-Deir Ezzor highway. Map: SAA are advancing towards East of Syria.
For SAA and Allies: 65 KM to Deir Ezzor City and 58 KM to Abu Kamal. Click on Map for larger Map.

In Al-Tanf US have no front with ISIS, just preventing SAA from advance. US have captured that area to lay down oil and gas pipeline from Kurdish SDF/YPG to Jordan, Israel and then free oil and gas will be supplied from Israel to America. That is why US and their allies gangsters support terrorism in Syria. 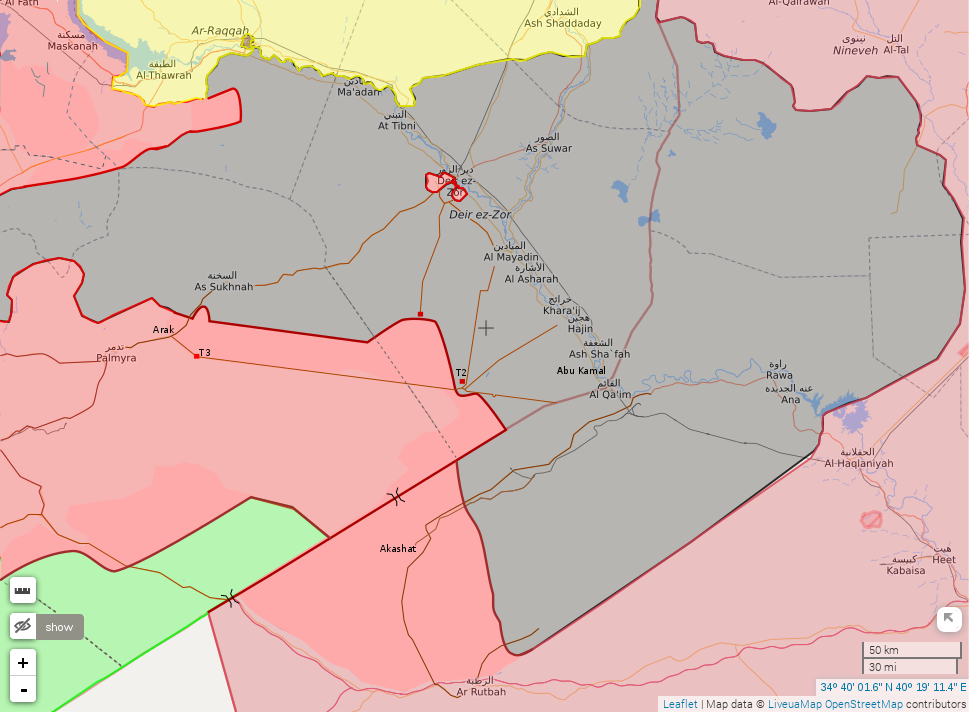 Syrians have the right to expelled any invasion force ,it must

Syrians have the right to expel any invasion force that is foreign missionaries.

60.000 new armed forces are comming from afganistan-iraq and pakistan for SAA. new forces for ending east syria clashes. us can do anything.

I AM YOUR FRIENDS UNCLE… YEAH

one more day, when nothing happened.
WHY IS T2 STILL ISIS HOLE?!?!?!
assad should be tortured for this. fully dehonesting politics in direction of defenders of DEZ city.