The US-backed Syrian Democratic Forces (SDF) have captured the villages of Hussainiya, Kasrat Mohamed Ali and Ratlah in the southern Raqqah countryside.

The US-backed force expanded its operations in the area after it failed to weed out the ISIS resistance insider Raqqah despite a desperate bombing campaign by the US-led coalition.

The SDF is attempting to enter the Old Raqqah area, but this is a complicated task because clashes in al-Sinaa and Rawdah are still ongoing. 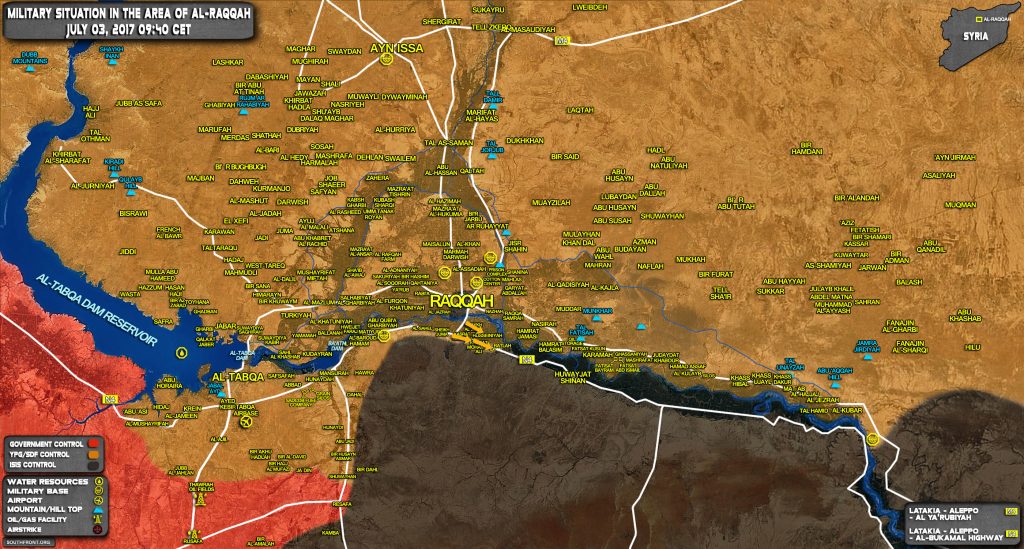 SDF position is steadily improving and the reinforcements they received the last two days will help too.

SDF is, as of yet, not really trying to get into the old city but is concentrating on encircling out of the east towards th north and trying to reach the old center from the west, where they have some distance to go.

Only when they are in position at serveral places, or they sense a weak spot, will they try to get in the old city in a major way. Anything else at this moment in time is just probing.

They will try to take the city as quickly as possible to free up their forces in case TSK will invade Afrin, of which I am getting doubtfull as far as an all out incursion is concerned.

Times remain interesting for the observers though.

an invasion of Afrin will be a disgrace for the US. The best force it has on the ground, the purest warriors (not mercaneries jihadists that change sides every 2 days) will be left to be butchered by Turkey?shame on US

Too early to say !