A brief overview of the recent developments of the Armenian-Azerbaijani war in the Nagorno-Karabakh region:

The Armenian military continues reporting multiple casualties of Azerbaijani forces despite the fact that the Armeians are retreating in the south:

Erdotaliban has sent Islamists to Dagestan and Chechnya to start an Islamic uprising within Russia. Erdotaliban has spat in the face of the EU, Russia and USA with no consequences because:

Germany, Spain and to some extent Italy is betraying their own people and the people of the EU. Russia is betraying its own people and the global Christian Orthodox community. Trump and Kushner have put their personal interests above America’s, making them traitors through treason. Turkey must be stopped or else we are going to have a World War based on religion that will wipe out many more millions of people than WWI and WWII combined.

This has been discussed as well on the diplomatic level. Russia is not and will not come for help, you need to understand it and get over it. They will not send their soldiers to die instead of Armenians. No one will fight except for you. For the 1000s time im telling you, Pack your bags and go to fight.

Why are you telling me what to do?

because you don’t know what to do. Either you are patriotic or not. You choose.

I didn’t know Turks could read.

The US has been attempting to make “friendly” inroads into Armenia’s government for years. The Azeris allegedly kicked the Americans out in 2005 from a US air base. The Azeris have diplomatic links to Turkey and Iran.

What bothers me is the two foreign ministers are traveling to Washington to seek “guidance.” A power play?

The Russians may have lost an ally in Armenia, whereas Azerbaijan might have been straddling the fence.

Nagorno-Karabakh is a breakaway republic so technically not Armenian soil. Russian President Vladimir Putin wouldn’t technically be obliged to assist Armenia there by the CSTO agreement. Yet, the Armenian foreign minister is traveling to Washington.

My considerably outside the ballpark assessment is that US is discussing foreign aid to both nations and NK, and that US missile deployments and military base construction will be established in both nations.

My considerably outside the ballpark assessment is that US is discussing
foreign aid to both nations and NK, and that US missile deployments and
military base construction will be established in both nations.

Wishful thinking. Turkey and Russia will not allow a USA base in Armenia.

It will be the end of ZATO. Turkey matters much more then Armenia to the USSA.

No way Azer went ahead without a green light from Russia. The
Armenian Soros coup and the subsequent Azer signing the deal for the
silk road railway corridor connecting Russia to Iran was the clincher
for Azer with Russia.

Russia and China want Azer as part of their economic union and Azer sees they will make lots of $$ in it.

What mattes to Azer like all governments is $$$. Azer is going with Russia China and Iran because it makes them lots of $$$. That is it, plane and simple. As always its all about the $$$$.

No way the USSA can give Azer more money then they can make with China Russia and Iran. Same withArmenia if they ever wake up.

The USSA is a rapidly declining bankrupt economic and military power. China is the #1 economy now by far and growing bigger at a fast pace every day

It’s been “rapidly” declining since 1971 or since the Dollar’s delinkage to gold. Total global financial destruction may not be for two or three years.

The US is in a perpetual “Let’s see where the chips fall” mode.

I’m not supporting this presumed US policy which I so despise. The US has been in a global base building, weapons-provision mode for years.

https://twitter.com/noclador/status/1318895890392821761
Prime Minister #Pashinyan: “We have only two options: victory or defeat, nothing between.”
But you have already been defeated militarily. What do you expect will change if you sacrifice another 10,000 #Armenians?

https://twitter.com/NeilPHauer/status/1318883652575633411
At this point, denying there have been sweeping Azerbaijani gains in the south and huge Armenian losses (just look at the amount of tanks that were captured recently) is willful self-deception. Maybe it’s slightly exaggerated, but the basic realities are true.

What do you expect will change if you sacrifice another 10,000 #Armenians?

The are following the orders of their new god George Soros. Soros and his lord Satan demand human sacrifices, that is why many Armenians must die.

As a reward the coup leaders will be getting lots of money, drugs, mansions and children to have sex with and kill in their satanic rituals. Only evil mean would send tens of thousand of their own people ot be slaughtered.

The only thing Parshinyan can do now is to talk. Maybe he can convince his God for the victory. He had the miracle to be Armenia’s PM….

Azerbajdschan will probably in the End have more Inventory then before the war.
Again many stuff captured:
https://twitter.com/MENA_Conflict/status/1318897879201779715

„21 tanks and 5 BMPs captured in these two photo/video sets.
Half an armored battalion worth of armor. It’s difficult to imagine how you abandon that much gear.“

They don’t want to be blown up by Azer air power driving a tank.

The Artskins do not really have anything now. Just some old weapons.

„I understand that Armenians living in Nagorno Karabakh are in a very bad position, but sending 1000s of additional troops to die 2delay the outcome by a few days is insane. Many more 18-year-old kids can end up like that infantry unit that we saw yesterday being hit by MRLS fire.“

„This war is starting to go very badly for Armenia and Karabakh.“

This gives me a hard on. Love it.

As fighting rages in the South Caucasus region of Nagorno-Karabakh, people infected with the coronavirus pack into cold basements alongside the healthy to shelter from artillery fire 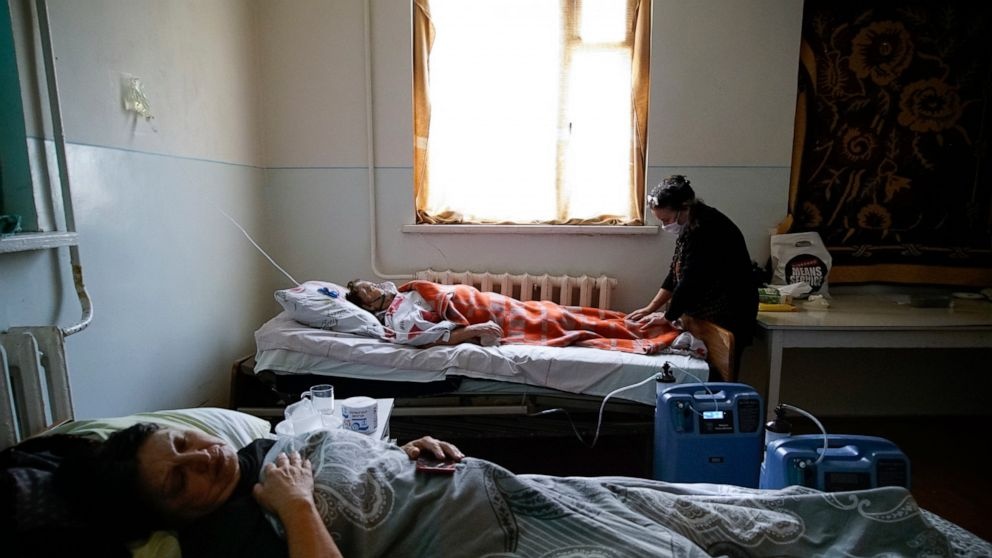 Erdogan is furious at Putin for not including Turkey in last week’s negotiations or consultations or whatever. Erdogan considers Azerbaijan state the latest member of Ottoman II. Russia is just sticking it to Turkey by ignoring them in the process. N-K is finished, and the blockade against Armenia (by Turkey and Azerbaijan) will continue.

dont bother Putin, if he could so something he would do. this fits his risk – benefit analysis.

The risk is to high to get involved, buy not involving he will win a weak armenian state and maybe part of Russia soon. Thanks to the Turks.

It is so absurd for Armenians to make up all the fake Azerbaijan “losses”. Its propaganda has no effects at all.

The road, slated to be built in 2020, promises to further complicate ongoing peace negotiations with Azerbaijan

This is very sinister thinking and planning. We are go glad the Azeri offense started before this occupation highway even started.

The de facto leader of Karabakh, Bako Sahakyan, has in the past described the prospect of the third road as a means of cementing Armenian control over the territories through which it passes. “Answers to questions about the fate of the liberated territories must be in the form of projects such as this [the third highway], because they are more succinct than any clever answer that might be given,” Sahakyan said in April. (Many Armenians refer to the territories surrounding Karabakh as “liberated.”) “The construction of the highway in that area is one of the most needed projects, which will greatly benefit our other strategic goals—the development of the Arax Valley,” the portion of the Armenian-controlled territories lying along the Arax River, which forms the border with Iran.

Without Russian Aid to Armenia, Azerbaijan Has the Upper Hand in Nagorno-Karabakh