ISIS terrorists have lost large chunks of territories to Syrian government forces in the provinces of Aleppo and Raqqa. The Syrian Army’s Tiger Forces reached the area controlled by the US-backed Syrian Democratic Forces (SDF) west of Tabqa after liberating about two dozens of villages, including Rumthan, Bir Mulayhan, Shatnah, al-Qusur, al-Muhaddad, Jubb al-Khafi and Husayn al-Mikhallaf, south of Maskanah. 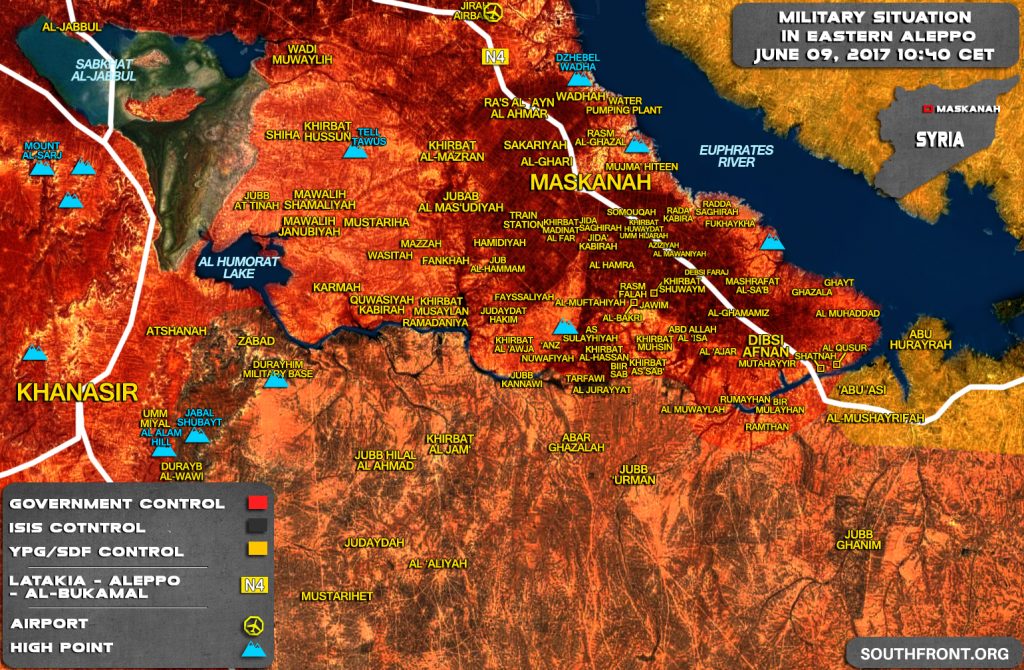 There are reports they are clashing with SDF in the area, is this true?

The only true part was the bombing the other part is not.

It is confirmed a clash between SAA and SDF?

No was fake news.