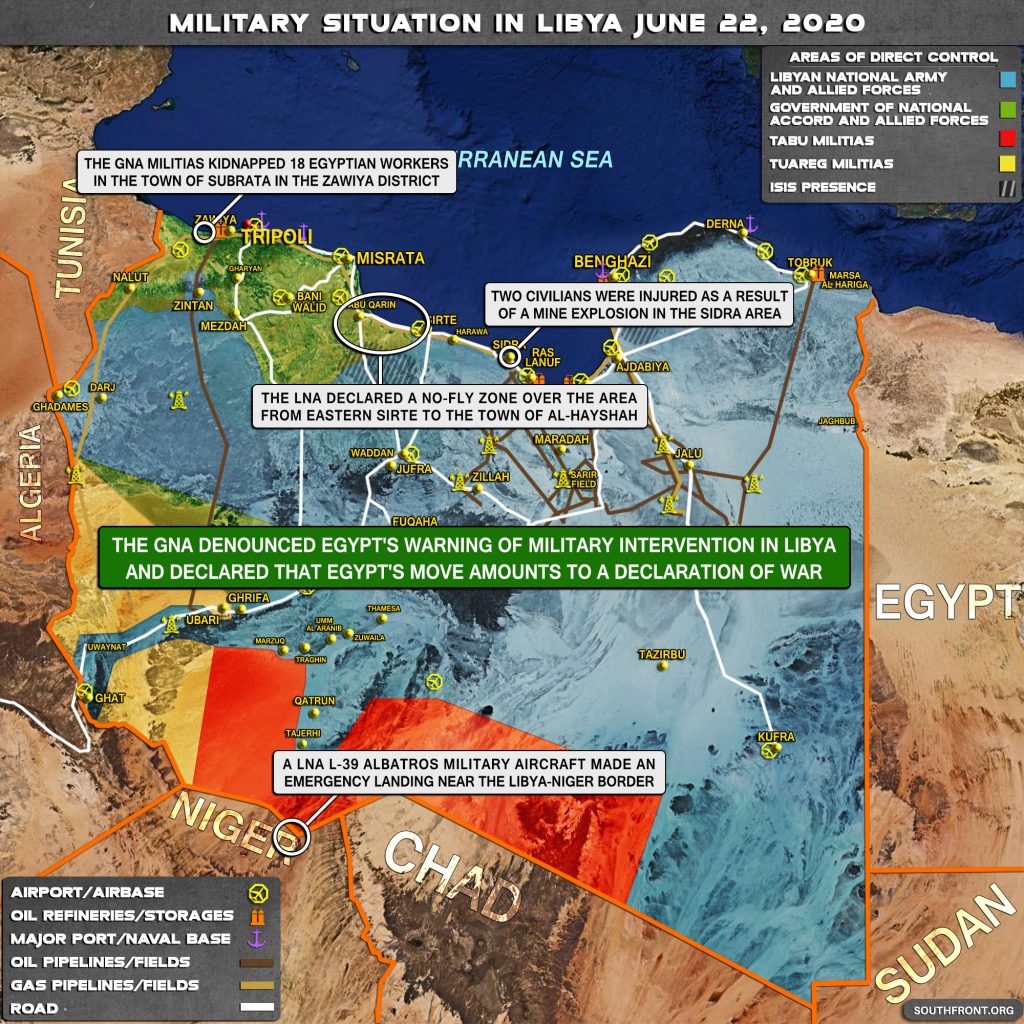 I have noticed you spamming almost all discussion forums here at Southfront with unmature, irrational, childish pictures and nonsense ravings. You must be a delusional half-wit millennial, but the fact is that you are mostly ignored and that you are not really doing a favor to the Greek cause, if any. On contrary, even people with somewhat sympathetic views of Greeks will start thinking twice when reading childish stupidities coming from someone like you. This is a discussion forum. If you have any good ideas or opinions write it. Do not spam and act like a parasite. It is not even funny. You are not doing a favor to your own cause. I would suggest you grow up and mature fast, so that you may get some respect. Hopefully.

And I have noticed you are spamming – promoting anti-Sisi propaganda constantly.

Dont you worry about the ‘Greek cause” it doesnt need me, it is crystal clear to an independent viewer with a basic education who is on the right side of history and who is the genocide prone and terrorist funding failled state.

Most likely the state that pays your wages in turkisis lira.

I am an independent commentator and really not in favor of Erdogan. His Islamist views do not inspire me at all. I am not a propagandist like you and try to be impartial and objective as much as possible. I however noticed that most of the Greeks writing here and elsewhere are highly indoctrinated by their fundamentalist upbringings (enosis / Megali Idea) and most of them act exactly like you. I think this may be related to some inferiority complex or anxiety disorder rooted deeply within the Greek society. I would like to share my objective opinion about modern Greece. Firstly, with all honesty I don’t believe that modern Greeks are the ancient Greeks. They are only the inhabitants where the ancient Greeks lived. History moved people around and the inhabitants of modern Greece today are a mix bag of Balkan people and Turks. Modern Greece has been actually created by the British Empire in 19th century, pretty much like Syria or Iraq or Saudi Arabia whereupon Picot and Sykes draw the map on the sand with a piece of stick in one far tent in the middle of an Arabian desert. I would recommend you to read Lord Byron and his memoirs who was the front British agent to split what we call Greece today from the Ottoman Empire. In one of his memoirs he was almost making fun of the Greek physical appearance saying that these people (modern Greeks) have nothing to do with the ancient Greeks and that they are ignorant, chubby and dark skinned as opposed to the beautiful physical appearance of the old Greek statues. Secondly Byzantium was never a Greek Empire, it was the east Roman empire. The east Romans never called themselves Greek. They were Roman. In order to create a history for the newly created Greece the British historians focused on Byzantium to ensure an eternal split between the modern Greeks and the Turks. They even created your schooling system which made sure that the Greeks become real fanatical zealots eternally. That is why you are writing your nonsense ravings here with utmost hate and intolerance. Most of the Greeks are unfortunately not much different than you. Most of the rhetoric coming from Greek politicians or army officers also display the same type of inaptitude in rational thinking. Unfortunately this makes the Greeks perpetual losers and moreover useful idiots for the highly manipulative European colonial masters of yours.

Ι v not bothered reading your Turkish BS. You are a turkISIS propagandist and eveyone can see it by reading your previous comments in this and other articles. FUCK TURKGAY AND FUCK YOU.

LOL. One of your professors said recently on Greek TV that Greece should have remained part of Ottoman. He said that Greeks are culturally closer to Turks than Europeans. May be Greece will be again a province of Turkey in not so distant future. Then you can learn Turkish. LOL. You never know.

You v got 25 million Kurds that are sabotaging every factory and every thing of military importance in turkgay. And you v got another 20 mil crypto-Christians that when Greece invades your silly-nanny land they ll be on our side. We ll see very soon who is going to be whose province mongol!

A country of 10 million invading a country of 85 million strong. LOL Which planet are you living you pathetic, delusional poor Greek? No problem with majority of the Kurds. They are happily living, well assimilated in Turkey and have equal citizen rights. But you should be concerned more about millions of tough Albanians and Macedonians who can kick your ass in no time. I know they hate you. But don’t be afraid. Turkey will take care of you very well, like the Ottomans before. Remember what happened in Cyprus. You will slowly get used to it. Don’t worry. You will enjoy it.

You are not 85 mil you dumb baboon, already told you you got the 25 mil Kurds that are ready to slit your throats cause they know you have genocide them too like you did with Armenians and Pontic Greeks and Assyrians and Bulgarians in the past.

And you got the crypto Christians who are basicly Greeks with forced turkish names.

And here are are some more facts :

Best pilots in NATO together with the yanks ARE the Greeks as voted by the pilots them selfs that participate in NATO exercises every year.

Turkisis pilots on the other hand have fled to free Democratic countries to escape the turkish regime or they are in turkish jails cause your Sultan is afraid they ll bomb him while he is sleeping in his palace!

And both the leftover turks and their paki cousins get their asses kicked over the Greek Agean sea when you make the mistake to break Greek FIR.

Our Greek navy is far superior, and again in NATO exercises where Greeks participate, the Turks wont even show up cause they always get their asses kicked!

And as far as for your other cousins the albananians that you think can cause harm to Greece, (ROFL) let me inform you there are about 1 mil Greeks living in occupied by albanan, Greek land in Northern Epirus.

They are on stand by for revolution and unification with Greece.

Albananians are chicken shits and all they can do is rape old helpless women.

It would take no more than a hand full of Greek regular forces with a couple of 4×4 jeeps to finish that job.

Greece even protects albanana and Skopia for that matter with our airforce being in NATO cause they dont have any jets.

As for Cyprus thats the mouricants for you, Kissinger organised the turkish invasion and they split it cause of all the bases and the English twats there as well that back you up.

And there was a military dictatorship in Greece at the time it all happened anyway which fell after that in 1974.

We havent forgotten and Cyprus will be liberated again.

But you should also remember something :

THESE ARE YOUR SOLDIERS : [Imgur](https://i.imgur.com/fRipuPK.png)

Delusional pathetic Greek. Straight from the text book. Keep on believing your own lies. Just remember 1453 conquest of Istanbul, 1923 Smyrna and 1974 Cyprus. Your grandfathers were talking like you. LOL. Do not make another mistake, because this time around you may lose entire Thessaloniki, Cyprus, Grete and the 12 islands (including Rhodes) in the Aegean. Just be a nice little boy.

Just pray the gates dont open, cause 10 thousand years of Greek civilisation will send you silly dirty kebap baboons back to the stone age (AKA the Chinese-Mongolian desert) before you even have time to pack your rugs! hahahaha dumb turkisis roach!

Nah… We like it better here. Chine belongs to Chinese and Mongolia to Mongolians. We have nothing to do there, except trade and business. We prefer to stay close to you ‘komshu’. Leave your anxiety disorder behind. We will take care of all of you when Greece joins Turkey as a province. You will enjoy our hospitality. Very much like the jolly Ottoman times. ;)

No thanks. As I said we are comfortable here. We will bring Mongolia into you. You will all look like Mongolians in a few generations. You will enjoy it. LOL

hahaha you so dumb !

Who is going to do that ?

A few battalion of these may do it in 24hrs. Have fun.

We will come there and we will enjoy cutting your gipsy throats..tell me something why are you proud of being turk and how’s your fuckin gipsy mama???Give her my greetings..

This is more funny. Stupid faggot Greek soldiers. How could you be proud of these faggots?

I still want to know about your monkey gypsy parents,I want to know if they are healthy because I will come there and I will rape their turkish gypsy asshole with a branch of a tree….turk was a very offensive word in the gypsy ottoman empire it was meaning DONKEY…

Ok very nice now I am sure that your family is healthy they are dancing,tell them that we will come soon to relieve them from their miserable lifes…

This shows again our real enemies are very close, the Rum on our West borders.

in both cases, our confident Turkey or angry Turkey will turn te rootcause of all: Greeece.

If I were Erdogan I start escalating with the small Islands, Greece occupied. Like we did with Kardak.

Cut the head of the snake, The Rum in West.