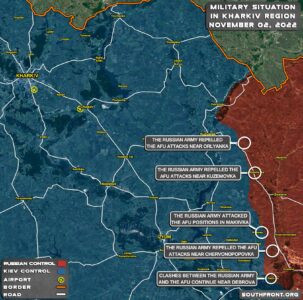 It seemes to be a kind of stalemate, where the Ukras win som m2 here and there.

‘seemes’ what is it

where, the Ukraine offensive is over

Way to invert reality. The armed forces of the failed Ukrainian CIA project had eight years of NATO advising, training, arming and intelligence support, and they still couldn’t keep the Russians from conducting all their operations on what was Ukrainian territory in 2014. An absolutely shameful indictment of NATO, their US masters, and the Ukrainian puppets. Tens of billions in welfare for weapons and the Ukrainians are still incapable of dislodging the Russians.

The NATO mercs and rape advisers have never fought a real war in a Russian winter, LOL.

Shelling civilians in the DPR and LPR does NOT count as ‘combat’.

On a more uplifting note, Russia is looting a bounty from Kherson.

Bridgeindawater
Reply to  Putin is sad

If one views things from Ukrainian position, then the thing is clear.

Europe needs to grant Ukraine NATO membership as quick as possible. And in addition all kinds of weaponary and ammunition factories need to be established in NATO countries directly bordering Ukraine, so that the weapons-flow has only short ways to go, and is steadily rising. Poison gas reserves should also be put into the bunkers – so that if situation becomes critical in one or another area these special ammo is the weapon of choice to turn the tide and eliminate the floods of rat army troopers, which will likely start flowing into Ukraine from the east in the coming winter.

Instead of giving Submarines to Israel for free (like the evil fake-german government does) give Submarines to Ukraine, so that Ukraine can sink Russian ships wherever they find them on the world wide oceans.USA needs to send more HIMARS including the long-range missile ammunition big time, and speed-up the delivery of weapons for all kind of guerilla warfare, especially sniper weapons, javelins and regular machine guns + ammunition so that every ukrainian from 9 – 90 years can be given a machine gun to defend their country. The NATO training programms and the manpower needs to be raised. Russia raised its troop number by 300.000 , US-NATO at least needs to raise theirs by about 130.000 to 180.000 to stay in the game, and not get overrun and wiped out in the coming russian winter offensives. If every European country puts up around 10.000- 20.000 fighters for the foreign legion and USA adds to this 70.000 from USA, Canada and South America then the number will easily reach 250.000- 270.000 men, which will nullify all russian attempts to break deeper into Ukraine and will more likely even result in the russian Red Army (read: Rat Army) being chased back to their orc holes deep inside Russia.

The big problem USA, Canada and EU have is that all their politicians in the high positions are communist agents, outspoken Marxists, Communists and Maoists. So as long as these traitors are not nabbed and executed, I don t see that the West is going to really prepare its economy for sustaining long-term or not even medium-term conflict. Let alone realizing that on both sides the highest ruling and controlling instances are satanist jews, which profit immensly from two or three christian superpowers (USA+EU vs. Russia) slaughtering each other.

No one will accept Ukraine into NATO, not in the middle of a conflict. And a frozen conflict won’t be permitted either. Liking it or not, Ukraine as a state is a failed state and most likely will cease to exist. This is very unpleasant for the indoctrinated and brainwashed mass of gullible idiots in the West. For now they have to contend with cognitive dissonance on a grandiose scale. The symptoms are apparent in your post. Calling for chemical weapons to be used, i.e, “poison gas”. This is of course, the use of weapons of mass destruction. Since Russia has no chemical or biological programs left its retaliation against the use of a WMD would be nuclear, as outlined clearly and unambiguously in its publicly available nuclear doctrine. The fact that people such as yourself are calling for such measures illustrates irrefutably the menace that Ukraine and specially, useful idiots like you are to the entire planet. In that regard the best thing that can happen to us all, and ironically, that includes Ukraine and even the gullible idiots like you, is for Russia to end this swiftly and brutally, in a way that isn’t conductive to the establishment of doubts concerning the resolution of the conflict. A perenial resolution. Of course the vast masses of brainwashed sheeps would object vocally. They would share likes and dislikes, and discuss on Facebook groups how evil Putin is. In short, all the puerile tales spoon fed by a propaganda machine that is fully aware that their targets are neither sophisticated, nor critical thinkers. But other than that, only two outcomes would be possible. Accepting the resolution. Or full nuclear exchange. I’m sure that comfortable in your mom’s basement you would be typing furiously, in a teenage like angst, for a full nuclear first strike on Russia. Let’s hope other people, in a position of power, aren’t as terminally stupid as you.

This here seems to be the thread were there are at least some comments left to read. In another one on this board they deleted 53 of 56 comments, so that shows how the true sentiment of the population and viewers is, if SF feels forced to delete 90+ percent of all comments. Yes very funny from 56 comments in that thread only 3 are left (4 including mine- so far). So much for independent speech and free thoughts in Russia. That is the best proof on how much Russia has turned away from being a communist dictatorship, and has become a “free nation”. Hahah. So here we have also the answer why most of the former SSR states don t want to be under russian rule again and align themselves with the west. (as even though there too is extraordinary fraud, censorship and else in the West, at least they are not doing it so obvious and stupidly like the soviets do, and of course living standard is higher in the West, but the communist agents in all the western blocks USA,Canada, EU, Australia etc. are doing their best to bring the living standard down there too.)

Btw. I have also an answer for commentor Marshall Antonescu (who says one should not speak against the jews because ” not all of them are evil ,and there are real and fake jews among them as well”):

Then you do not understand the problem in its depth. If there are 100 human cells, and you know that one particular of these 100 cells has an extremly high propability of being a deadly cancer cell, and you are forced to implant one of the 100 mentioned cells into your body, then which of the 100 cells will you choose ? I tell you ! If you are not an idiot, you at least will not choose the one cell, which you already know is very likely a cancer cell. And that’s the same with the jew problem. For sure not all jews are satanically evil, but we already know this absolute evil on earth merely stems from them. So in all cases one will just by logic and natural survival instinct refuse to have anything to do with these creatures at all. Same as – like demonstrated in my example – one will for pure logic reasons not choose the cell which has a high propability of being a deadly cancer cell.

So you mentioning that “not all jews are evil” doesn t change a damn thing. As the result doesn t changes. If one strikes you with a hammer, but not all the hammer blows were deadly but only 10 of the 14 strikes the killer did, then again the result stays the same. You are dead. And the killer stays a killer. That not all his hammer-blows to your head were deadly, doesn t make him become a “nice guy” or should make mankind refrain from putting him on trial and into jail afterwards, or better shoot him on sight. Same goes for the jews. Even if not all of them are highgrade evil satanists, no one can for sure separate the evil ones from the none evil ones, as the evil ones always pose as harmless, peaceful and none-dangerous when in fact they are just camouflaging their real intentions. Which leaves mankind (if it wants to survive) no choice but treat all of them as enemy forces and throw all of them out.

The former german Reichfuehrer SS, Mr. Himmler, did mention this problem already in one of his speeches telling in one sentence: Quote ” ..and then they arrive, all the decent 80 mio germans, every single one of them has his decent jew beside him, and says: “I know, all the other jews are pigs, but here, the one I found, that’s a decent one”. (So this means, that everybody always thinks to have found among the jews the one or two decent ones, wherefore in fact the evil ones are always claiming to be the “single good an decent one” as that is the trick these parasites always use to sneak into ones society and then destroy everything from within, what is why one should never allow any of them to come in, but it is stricty necessarily for ones own survival and the survival of every free and souveran nation, who wants to stay that way, to radically kick ALL OF THEM out, and forbid them to come back. They are like a deadly virus, they are parasites who always morph, change their names, their appearance in order to confuse their victims, and if one does not realize this and not fights them mercilessy from the very beginning, the result will be that the parasite gets in, destroys your body ( nation ) and will win, and you will be dead.

Thanks to the Germany that sells me submarines and weapons will make me invade Greece easily, if Usa sends me B-52 Bomber i will send more Bayraktars to Ukraine

Russia have to destroy all Western satellites and Elon Tusk’s Sattelites, Satellites must be a target they involving in the war in Ukraine.