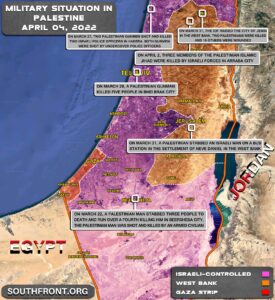 good job palestine just a few million more to go, lets hope iran gets nukes fast so israel wont use her nukes and iran can take them down by ground and regular missile warfare

I started earning $90-120/hour in my free time by completing tasks with my laptop that i got from this company I stumbled upon on-line…(pla60) Check it out, and start earning yourself for more info:- .visit this site……..𝐰𝐨𝐫𝐤𝐨𝐟𝐟𝐞𝐫𝟏.𝐭𝐤

That isn’t the point of Israel nukes. Israel nukes will be used when there’s no return of Israel in war. If they use them, they’ll send them to every country and bring as much people as they can with them. Iran doesn’t need nukes, NATO knows this. They would’ve created a false flag by now if they can take Iran without nukes

The world should treat the jews EXACTLY the same as the jews treat the Palestinians. Using their fixation with their kabbalah voodoo “6” number: 1 Palestinian dead = 6 jews dead. The jews love collective punishment. So, return on deposit plus interest bitches.

About half of the world population of AshkeNAZI jews live in the USA.

Here are some of the MANY reasons why jews have been evicted from MANY countries throughout human history: human trafficking, kidnapping, torture, human sacrifice, organ harvesting, cannibalism, pedophilia, theft, usury, murder, subversion of laws and morality, subversion of culture and traditions, and “holohoax” propagation.

The ENTIRE history of the jews is bullshit going all the way back to before exodus. The ORIGINAL jews / hebrews (not the fake AshkeNAZI converted jews) originated in Southwest Saudi Arabia / Yemen area. NOT in Palestine. The jews WILL be known for their revisionist history.

Q: What kind of “special” water-headed retards need to have 613 commandments? (I double-dog dare you to look this up) A: Jews that have allowed them themselves to be played like two-dollar back-alley crack whores believing in the SHIT TALMUD.

Israel should protect from attacks, the arabs have lost of land in all middle east, should relocate arabs peacefully and stop this conflict.

Get fucked with that over and over again same bullshit excuses!

Aww look. The baby is throwing a tantrum!

Yamil perez is a gay faggot

Turkey never helped Arabs countries a SINGLE time in any Arab-Israeli conflict because they are genetically similar to Ashkenazis. In fact, Ishkenaz where all ZIONIST khazar originated. No wonder erDOGan LOVES zionists and their buttholes.

Jnoub
Reply to  Yamil perez is a gay faggot

Turkey tried begging Russia to help them during the May conflict. Turkey didn’t want to enter alone, so they asked Russia and Russia said they’re not getting involved militarily so turkey didn’t do anything

eric
Reply to  Yamil perez is a gay faggot

The ottoman empire was already Israel’s silent ally long before Israel ever existed. It’s why Turkey got to keep so much territory after it lost world war 1.

Icarus Tanović
Reply to  Yamil perez is a gay faggot

At least the Muslim fags were all killed. Well done Israel for reducing the number of goat fucking shit stinking Muslim pigs there are in the world! Keep up the good work! Here’s to you slaughtering many more!

At least all the Zionist whorez were killed. Well done Palestinians for reducing the number of the kiddy fiddler, 💩-eating, 🍑-licking tribe I worship and regularly let penetrate my stinker. Being a skimark sort of whitetrash hillbilly means I worship at the alter of Zionists and suck 🍆 daily, like my mother and father taught me after fiddling me often 🍆 I follow in their tradition and keep my legs open daily, here’s to more 🍆 spit roasting me 😘

Funny. That’s what your sobbing mommy said when I cut your daddies throat before I raped her.

How are things in London? You schizzoid retharded low complexity degenerate?

Much better than the fly invested cave you share with your family of shit stinking pigs, fag!

Another Israeli False Flag to clamp down on Palestinians living Inside of Israel. Watch for the draconian laws and brutality that will be meted out to these poor people in the weeks to come

YankeeGoHome I salute you you are 100% correct