Iraqi security forces (ISF) have been pressuring ISIS terrorists inside the city of Mosul. ISF have fully encircled the Old Mosul area and now are preparing to storm the last ISIS stronghold in the city. 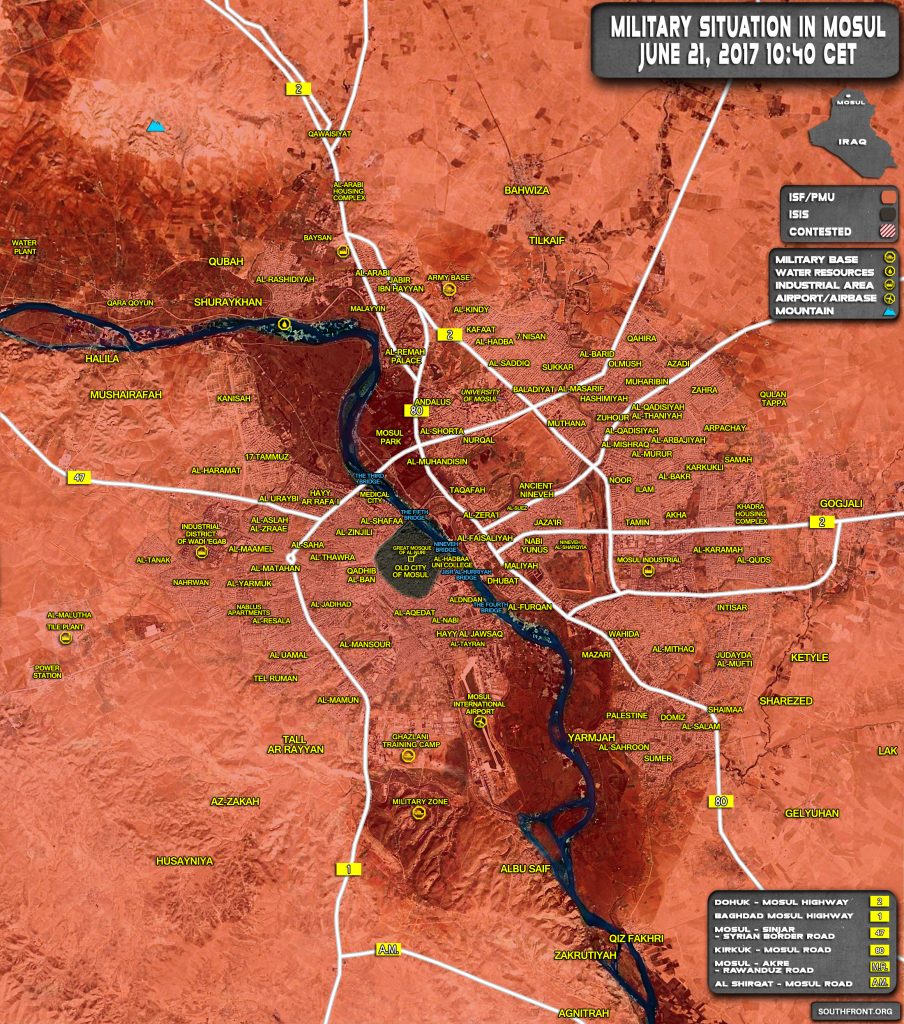 The Iraqi army is doing a great job in Mosul. I hope that soon this battle will be over and the Iraqi army will be free to cleanse all of Iraq from ISIS.

1> Russians are not aggressors. They have given full support to Syrian nation.

2> Russians have sacrificed their lives for the dignity and safety of children of Syria.

4> Russia has more universities than any other regional countries and education in Russia is compulsory for both genders male and female.

9> The world’s new generation fastest airspace defense system produced in Russia that never miss any satellite or any other target.

14> Russia has numerous, largest heavy industries more than any other country.

Hi, im ok with all u just said, in fact i could add much more to it! But why? Why do u feel the need to say all this?

If Mosul is fallen, the iraqi war will speed up, as it’s not holding large amount of militant anymore. After Mosul, i think without Tal Afar all the area can be liberated within a month.

Iraqui army must consider seriously to join Syria army to get rid of all terrorist of any kind in their lands. ¿ USA too ? yes of course, they already spent billions of dollars doing nothing but destruction, and its economy is about to fall down (very rapidly). Better north america do something good very fast before to be hated by the whole Wolrd but England.