This map provides a brief look at the military situation in Iraq on October 31, 2018: 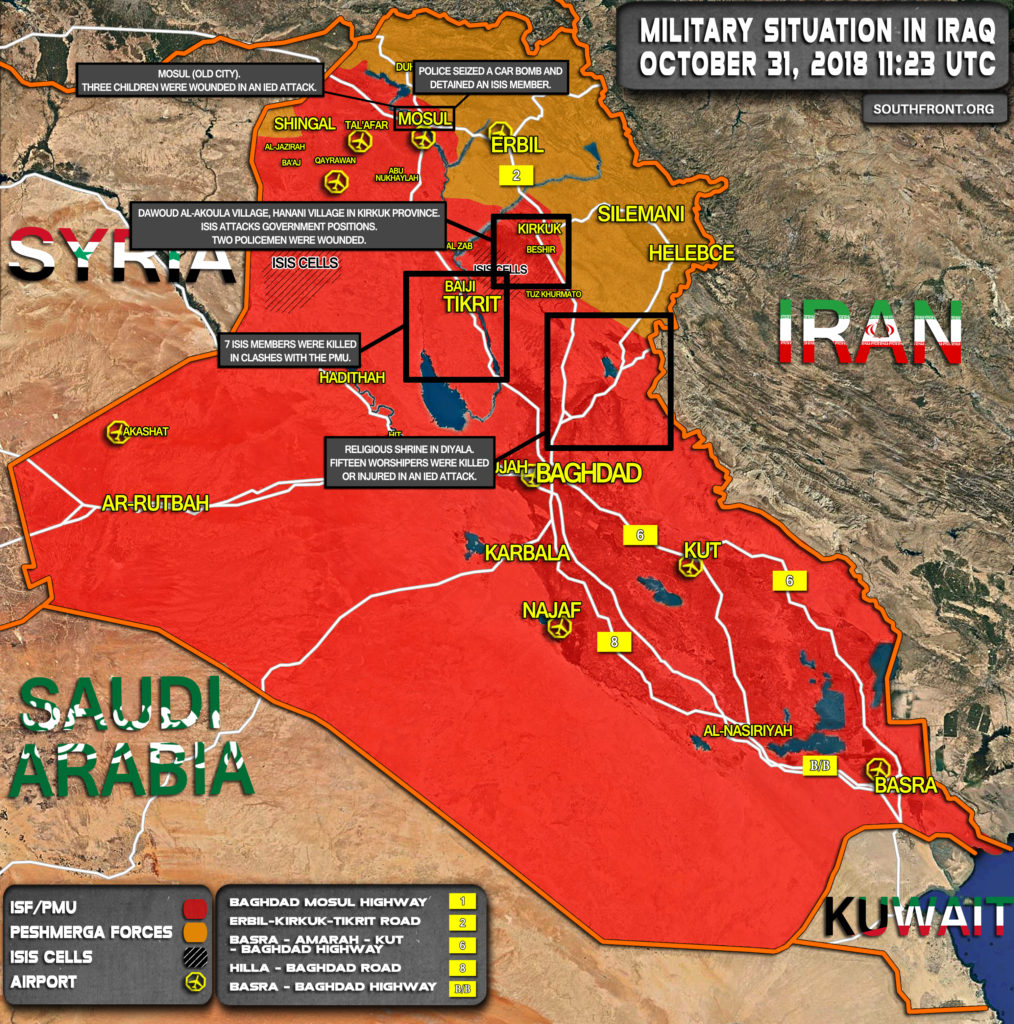 I’m HONESTLY THRILLED to see Iraq recovering, (though admittedly, SLOWLY); nonetheless, the Govt. SEEMS to be establishing some normalcy! THAT is a START!

UNFORTUNATELY the fight between CONSERVATIVE & EXTREME Religionist factions will slow the healing…BUT! PROGESS is better than NOTHING!!!

You can call me Al
Reply to  Christian Gains

1. Kick the Yanks out. 2. More Iranian and maybe even Russians to annihilate ISIS.

Only then, can they show their full potential.