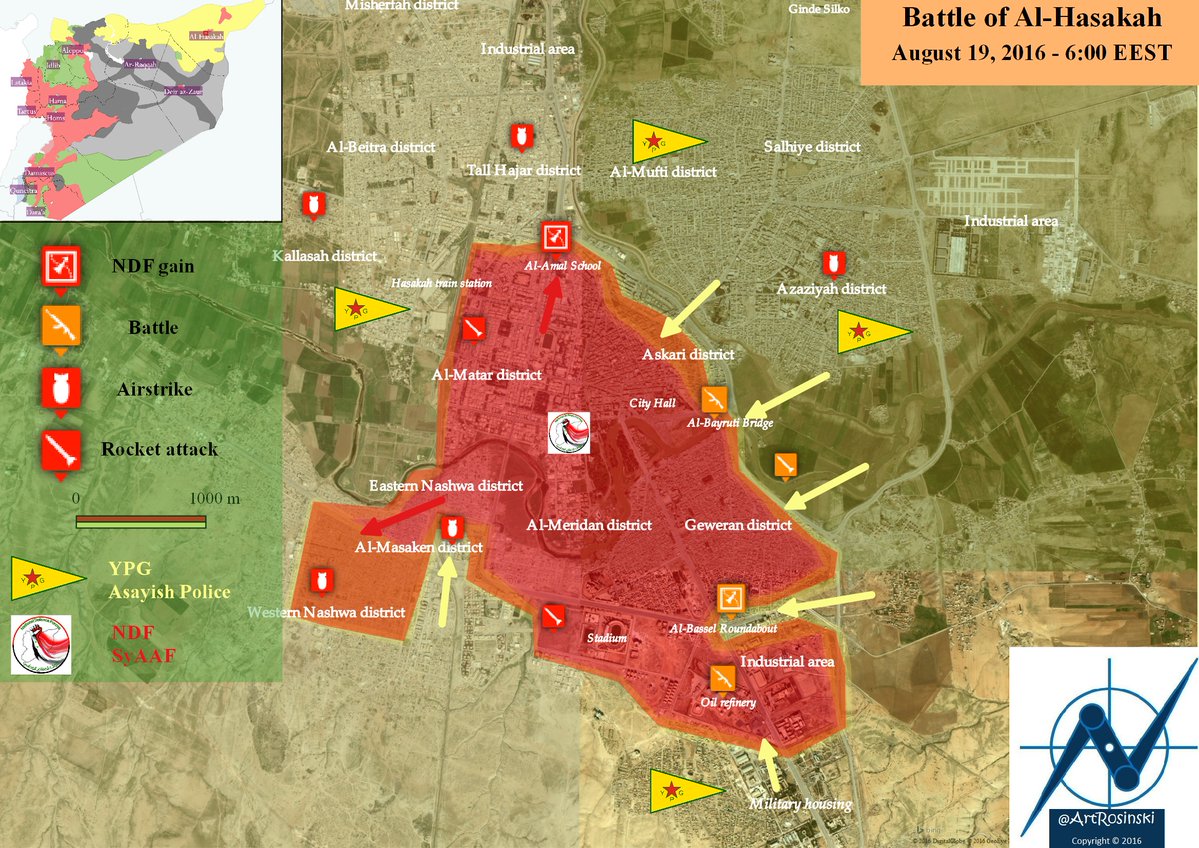 After attempts to reach a ceasefire agreement between the pro-government forces and units loyal to the Kurdish Democratic Union Party (PYD) failed on August 18, clashes are ongoing in the city of Al-Hasaka. According to the pro-opposition Syrian Observatory of Human Rights, 10 civlians were killed due too the clashes.

Today, the Kurdish police Asayish and the People’s Protection Units (YPG) have attacked the predominantly Arab National Defense Forces (NDF) in the Askari neighbourhood, at the Al-Bayruti bridge and in the Western nashwa neighbourhood while Syrian warplanes continued air strikes on YPG and Asayish targets (at least 1 air strike was confirmed). 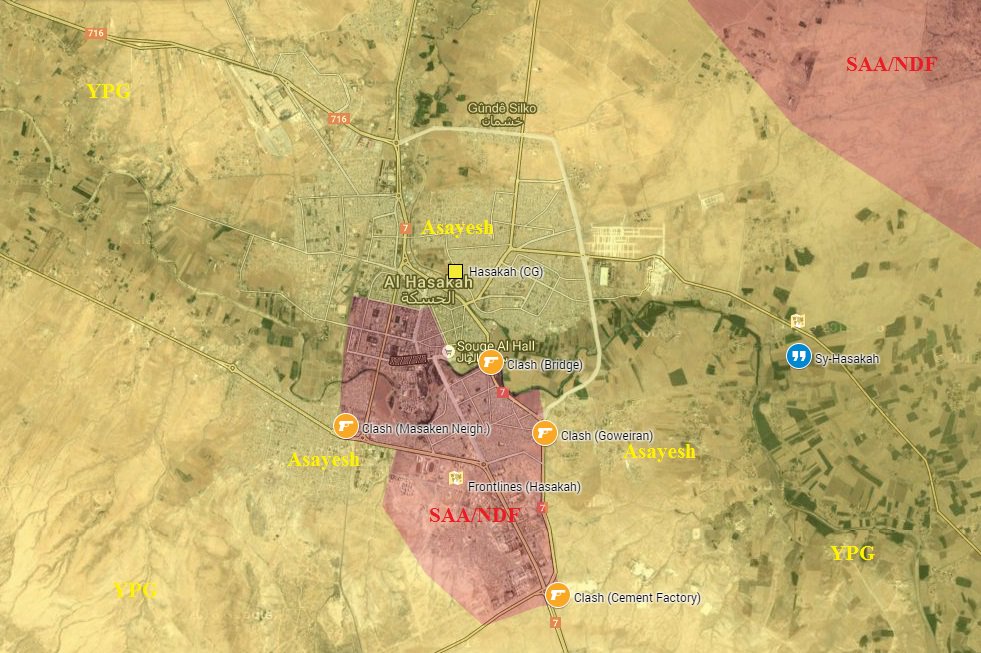 Pro-government sources say that the PYD’s forces attacks have been repelled and the NDF has sized the Mersho roundabout and now is advancing towards the Nashwa al-Shari’ah neighbourhood in western Hasakah. The YPG has claimed to seize control of the Engineering Facility in south Hasakah.

Since yesterday, the both sides have been deploying reinforcements to the scene. The PYD deployed additional YPG units with artillery and military equipment to the area. In turn, a plan with reniforcements to the NDF arrived Qamishli Airport yesterday.

Meanwhile, the YPG has released a statement that in addition to the airstrikes “regime forces randomly targeted the city with artillery and heavy gunfire — killing and injuring tens of civilians.” The statement has been already dissiminated by CNN. In coming hours, it’s expected a significant media pressure on the non-Kurdish (Arab, Christian etc) forces that opposing the YPG and the Asayish in the city.

At a time the People’s Defense Units (YPG) and the Democratic Syria Forces (SDF) have achieved yet another success in the fight against Daesh (ISIS) terrorists, using warplanes and heavy weaponry to target residential neighborhoods interprets into an attempt to undermine the good results of Manbij offensive, and backing Daesh. This, too, means the regime sees Daesh’s losses as its own – to accomplish its sordid plans, the regime hopes for the remaining of Daesh. By implementing such actions, the regime is committing a suicide.

The YPG/SDF, for sure, forgot that liberation of Manbij had been a result of the deal that the US-backed forces made with the ISIS terrorists (MORE and MORE). The group also forgot to note the support of the US-led coalition air power and US Special Forces units in this operation and the Russian air campaign on ISIS supply lines and oil convoys across Syria and the Syrian army’s multiple frontlines against ISIS (if just one Palmyra is not enough).

It looks that the only side interested in escalation between the Kurds and other Syria is the Obama administration. Amid a lack of success in pursuing the public goal (liberation of Raqqa) of the operation against ISIS in Syria, some experts believe that Washington can attempt to use the deteoratinos of the situation in eastern Syria in order to proclaim creation of an “independent” (from the Syrian government) Kurdish state in Syria and to highligh this move as a major victory of democracy in Syria. Unfortunately for the Kurds, this will lead to long-standing conflict between the Syrian Kurds and all their neighborhoods, including a possible creation of the Syrian-Turkish-Iranian alliance to solve the “Kurdish issue.”

In this case, the peace in Syria will likely not be achieved in coming years. 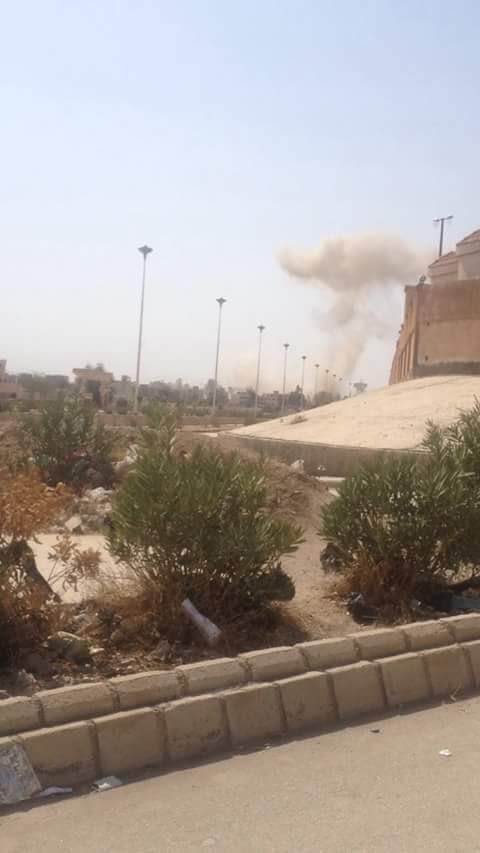 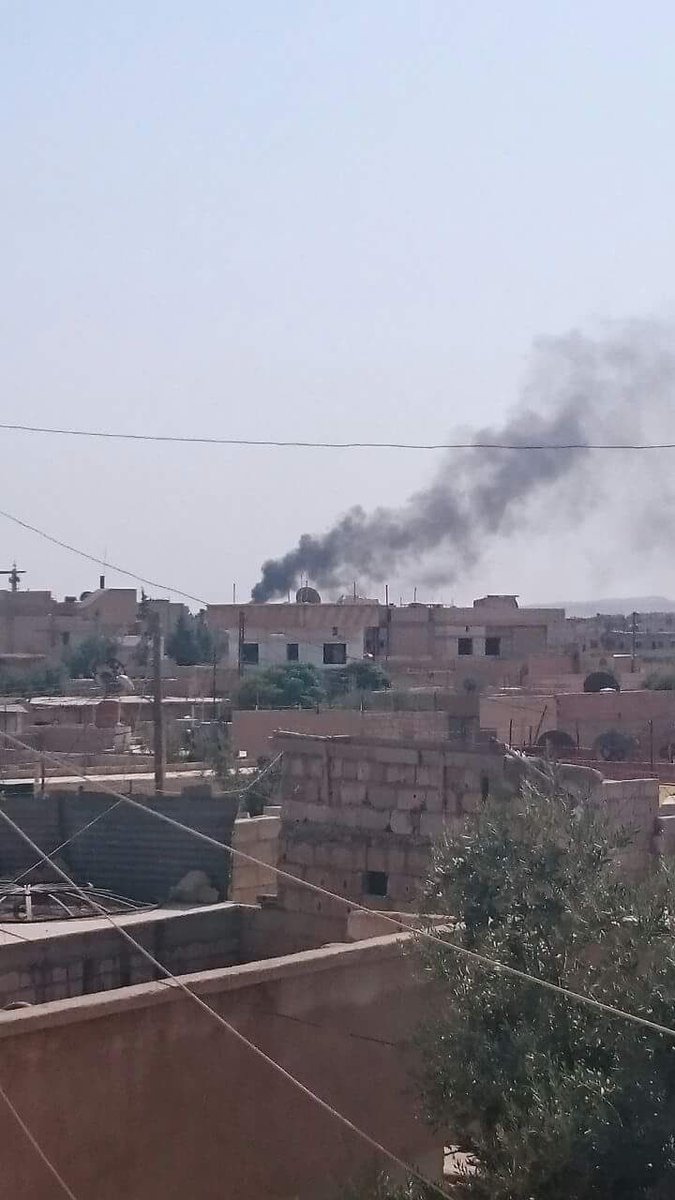 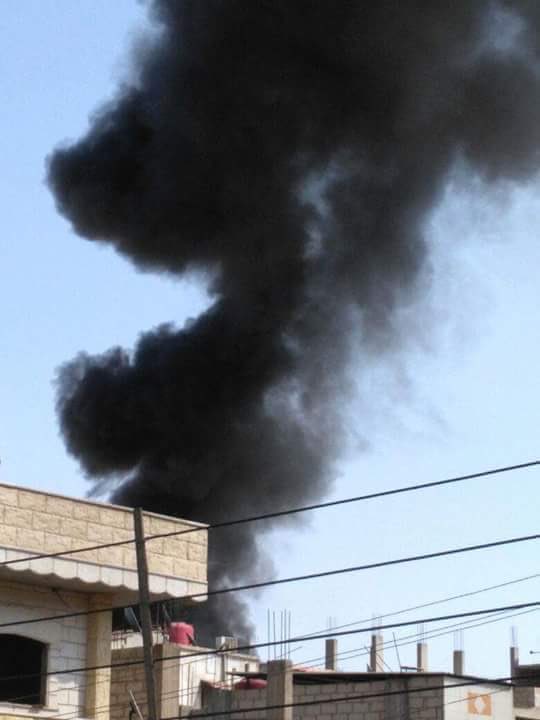 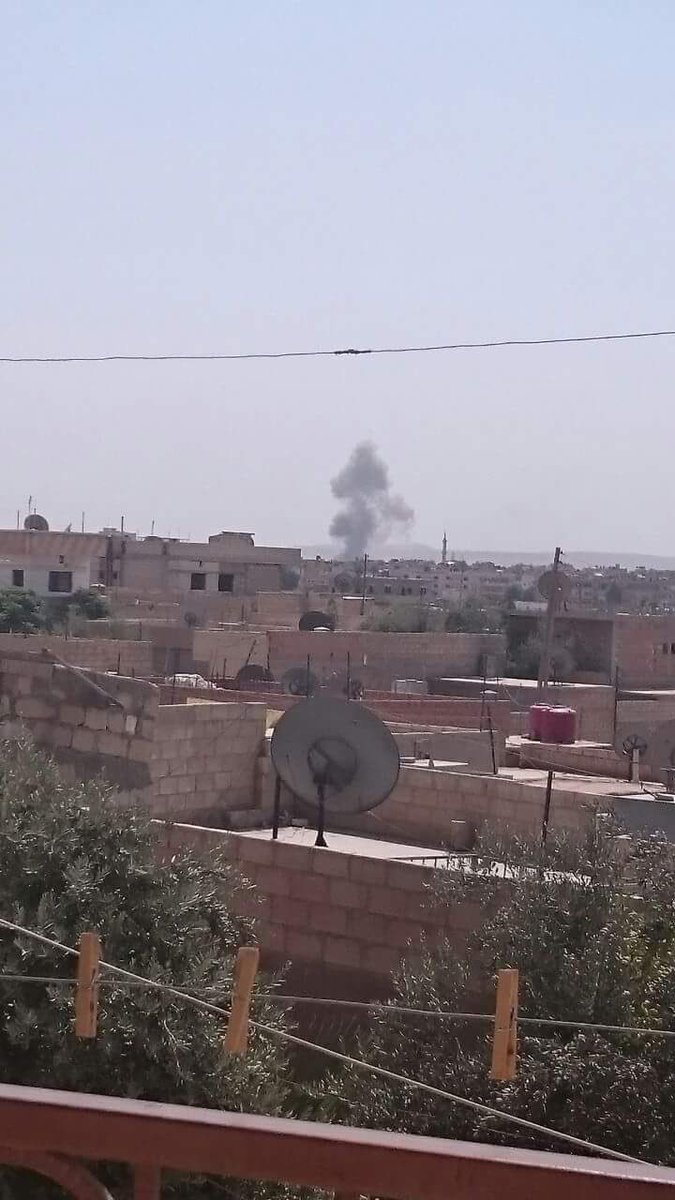 They picked a great time to betray the Syrian people, these Kurds.

something stinking is going on here, don’t assume nothing. And remember that if kurds are involved, it’s 99% positive that Turkey is involved

Turkey and the Kurd’s are at war with each other. How can you suggest that they are cooperating?

did i suggest that?because i did not.

Well … they want their own country dude :D

Their own country just happens to include chunks of Iraq, Iran, Turkey, and Syria. All four are vehemently opposed to the creation of a Kurd country. When the British drew up the borders after dividing the Ottoman Empire they never took into account the various tribes. The Kurd’s were victims of this oversight and will have a very difficult time convincing these four countries to allow them their own country; Kurdistan. The only thing they have in common with their adversaries is that they all want to destroy ISIS (well accept for Turkey it would seem). They’ll be fighting for a homeland long after the Syrian war is over.

“Their own country just happens …”

They don’t have a country, just stolen land.

You are correct their land was stolen.

Stolen by who? Arabs, Persian and Turks?

How could it be stolen when they never cultivated the landscape?

Yeah, just like the Zionists think Israel is a respectable nation.

A nomadic culture seeking a nation-state at the expense of people who have been settled for thousands of years. Kurds and their Zionist partners can get fucked.

You need to read some history. Saladin was a Kurd and was born in Tikrit Iraq. He head quartered in Aleppo.

Yes, I know they are ignorant tribalists who consider themselves superior to other peoples.

To me this situation has the stink of someone who stands to benefit and has leverage on the kurds (us, israel, etc) ordering the kurds to start provocations and not adhere to any ceasefire.

Yep, syrian Kurds are nothing but pawns in this game. Owned and controlled by CIA, i’m not sure Obama even authorized this, but who ask him anyway…

The US State Department is playing new games to find a way to recover its position in the Middle East that was lost with the Russian intervention in Syria.﻿

One should see any possible oil/gas pipelines that flow through the proposed ‘Kurdish’ state. That’s how every proxy war by the State Department today is being fought.

u.s is quick to forget the lesson learned in ukraine.. syria will soon turn to a space where nothing flies.

Hasakah is a lost cause. Assad needs to get his troops out. The NDF is a local militia and they can run the security after the Kurds liberate Hasakah.