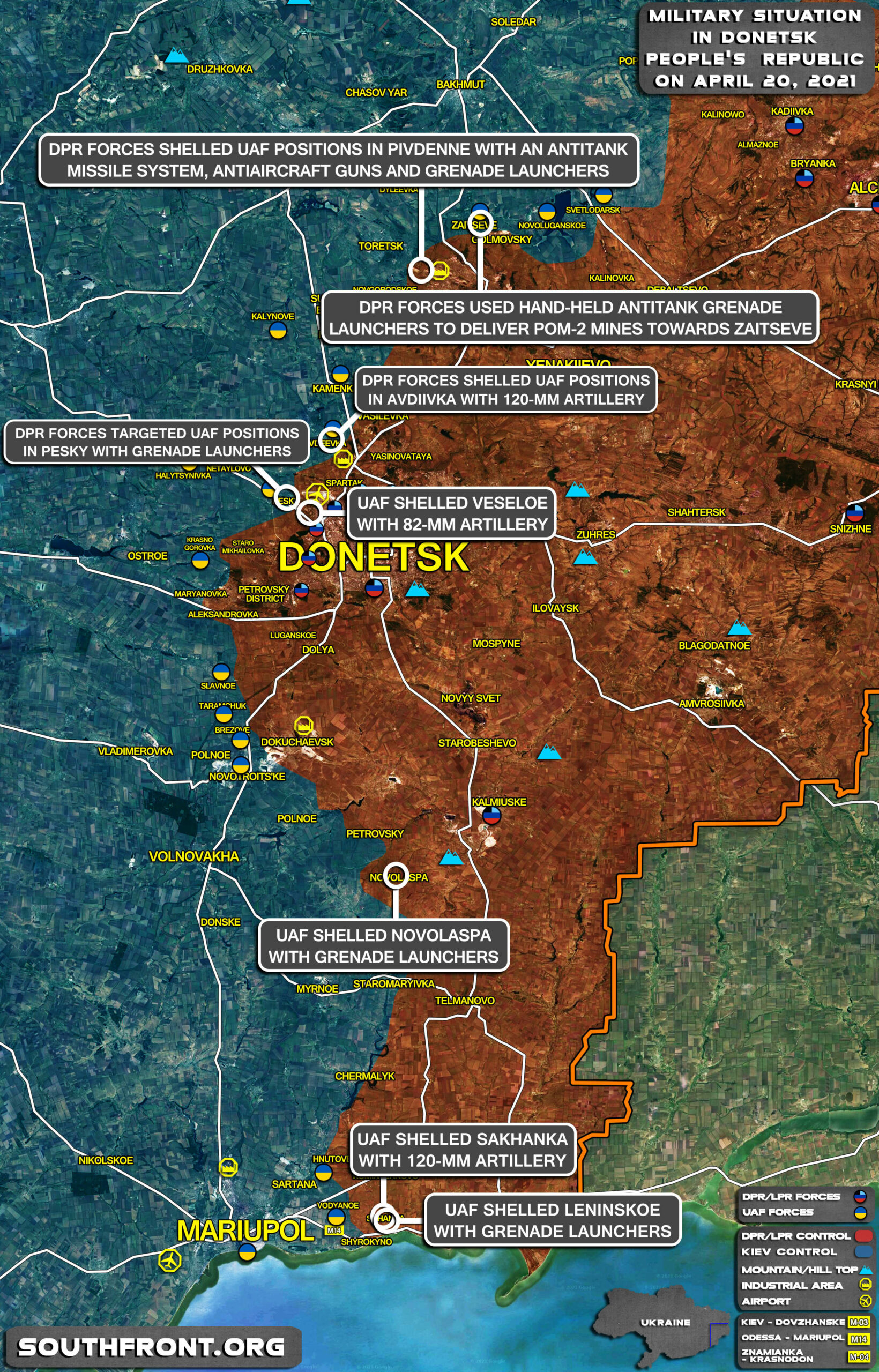 Is Zelensky chewing his tie yet ?

As you probably missed this, as Pedo Joe was starting a war with Russia, the Russians hit back with the most devastating economic reprisals available and that was hindering Black Sea access to Ukraine. Yes this is precautionary about no more NATO warships appearing and shiploads of arms, but this is about shutting down the massive shipments of opium flowing into Ukraine from Afghanistan. Shutting down opium, hits the London Banking at their most vulnerable as a new pipeline will have to be established to deal with this increased load.

Assad must stay
Reply to  ELPuerco

“Additionally, Russian state media reported that Moscow intends to close parts of the Black Sea to foreign military and official ships for six months, which could affect access to Ukrainian ports in the Sea of Azov, which is connected to the Black Sea through the Kerch Strait.”

The UAF forces are going to go on the offensive, with Turk-operated drones picking off DPR artillery, MLRS, tanks, APC’s, SAM’s and any other vehicles or stationary targets that can be detected and targeted from the air. Ukrainian ground forces will be the cannon fodder (just as Azeri ground forces were the cannon fodder in Armenia), sent in to deal with DPR infantry, mines, etc. Of course Ukrainians will suffer the bulk of the losses while Turkish drones do most of the killing.

This will be coordinated with the US and Isreal, of course, to ensure the Russians and their allies in Syria are engaged on multiple fronts at the same time.

This should be a well-known strategy by now, the same playbook that worked for the Turks in Armenia (and also partly worked for them in Syria and Libya, before they were really good at it), but when it happens everyone is going to act surprised again, when any neutral, unbiased observer should be able to see this attack coming from a mile away.

This time the Russians need to take the initiative, knocking out the Turkish drone controllers inside Ukraine (or even inside Turkey if necessary) and using asymmetric warfare against Turkey, Ukraine, or even NATO if it comes to that. The full Russian nuclear arsenal must be put on ready alert status.