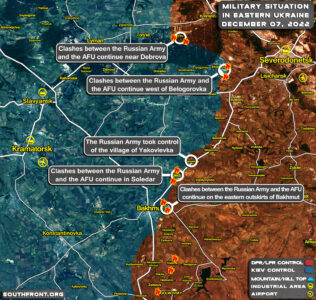 Musicians have now total fire control over Artomovsk. It means any new reserve unit that enter the city to rescue or support the Nazis there will become potential passengers to be sent to Bandera. Try your luck.

Zieg to ur musicans, maybe the Musical squad will bring victory for DüFaZ Putin.

I’m from Czech Republic. I am ashamed of my collaborator Nazi government. We are with you, brother Slavs. Just give it to them!!!

Lol, ur a world class pretender assclown. Ur as czech as I am somalian .

Obviously you are too stupid too understand that Heinrich Prinz Reuss XIII was pro-russia and wanted to make peace between Russia and Germany, and was in direct contact with Mr. Lavrov.

Of course this the jewish main stream medias do not tell you EINZELLER !

A highly prominent man, the german royal Prince Reuss (Heinrich XIII) , who was in written contact with Russia’s Mr. Lavrov in order to stop Germany’s war activities against Russia, and return Germany to be a souveran nation, and stop the war in Ukraine and start honourable peace talk, was now arrested by Merkel’s and Scholz jewish “anti-terror-police” in Germany and accused of being a terrorist, conspirer, a separatist, and enemy of democracy. So here you have it. Germany is not free. It is under evil occupation since 1945 if not longer.

Everybody who wants to live in freedom and peace, regardless his rank and truthfullness, is suppressed and arrested by the satanic jewish oppressors which rule over Germany and most of the rest of the world, too.

Below is a speech of Prinz Heinrich XIII v. Reuss, which he made, and in which he adresses the US to start peace talks, give Germany peace treaty, and also says that he talked with Russia’s Mr. Lavrov and that Russia already around 1953 had signalled readness to give Germany free, led it become a souveran nation again, and start true peaceful relations to it, but that it was the USA that again and again stopped these peace proposals and initiatives. He further mentioned that currently representatives of both sides, USA and Russia, have not positively answered his plea for peace and friendly relations, and that back in 1945 all the vast family estate of his family were taken away, and have not been given back, and that till today his family and lots of other people in Germany are deprived of their their highest rights, their nationality and estate illegally, mainly on behalf of the international criminal bankers, led by the jewish bankers dynasty house of Rothschild !

In Germany today everybody who is against the US wars (the jewish driven war’s of USA in a whole from Afghanistan, to Iraq and Libyia, Syria and all these criminal jewish-US wars of aggression) is labeled as ‘Nazi, and ‘Reichsbürger/Realm-citizen’ and get forcefully thrown into the dungeon for no other reason than having critic opinion and realizing the dictatorship that Europe has become, and daring to speak that out loud. Now it has hit this noble and honest german royal, Prinz Heinrich Reuss XIII. The hunters came at night (in the dark of the very early morning) and arrested him. A man who could be become the legitimate regent of Germany due to his bloodline and nobility, and due to his true will to make peace treaty for Germany and officially end WW2 and not allow WW3 to break loose.

So here we have it again – there are soooo many good honest germans in Germany and all of Europe who want to be free and have peaceful and friendly relations with Russia and the rest of the world, but the jewish international criminals, who control the banks and the medias do not allow it, and persecute, arrest and murder everybody who wants to break free from their slavery system.

So if Putin and Lavrov are not part of the NWO/JWO themselves, then why do they not support the resistance in Germany ?

Why they always support jews and green and red jewish-communist organisations, antifa and all these jewish umbrella groups instead of people and groups inside Europe which want to overthrow the jewish dictatorship and bring back souveranity back to each european nation ?

There are soo many possibilities to make Europe and Russia become friends or even partners but as long as the jewish bankers rule over USA, EU and Russia, I do not see it possible to make that partnership happen.

Have we won yet ?

It is up to those learned studeiers of torah who have knowledge of the creator to bring voice to the new victims of albert and conspiring cohorts.

Let´s hope the Russians move once the snow lies. Then they should take Xarkov and Dnepro and ´kessel´ the Ukronazis. Then make sure of Odessa.

Should, would, could,are the name of Ivan flatheads Dreams….but cant,wont are reality on the ground.

Sorry guys we are losing again but please still believe all the bullshit propaganda on southfront we need your empty brains to believe in us poor frozen russian soldiers!

Good news for my English speaking friends not understanding Russian: a new mobilization is coming next year! After the positive developments like the retreat of Kherson or the recent capture of a windmill near Bakhmut, our great leader Putin remembered the wise words of Stalin: quantity over quality!

Germany will reach Japan in 21 days if we fought WW3

Seems to me that once the Donbass War has been won and the Ukrops leadership [sic] have allowed most of their remaining forces to have been put through the Russian meat grinder and turned into sausages there. Russia shall just sit it out, fortify the Donbass and do absolutely nothing other than making the rest of Ukraine unviable as a functioning state. No wider occupation and no big insurgency for Nato to Gladio.

-Hey Duncan remember those Ukro boys we trained last month here in the UK? -Yeah, what about them? -They have been shot by Russian artillery, all dead. -Oh, well, shit happens. Whatever, we got our million tax Euros…

Are the Russian trash troops still hiding behind their dead comrades.

Russia’s MOD has claimed that it’s military has destroyed a number of high-value targets with “high-precision” strikes in Ukraine, including killing 90 “Polish mercenaries” on Thursday December 8, 2022.

the current trend that frontline is going to move further east soon.