The YPG’s tactical goal is to straighten the front line to set a foothold for further offensive operations in southern and southeastern directions. SDF are dying so the U.S. can get their claws on ar Raqqa. But when Erdogan goes full-retard and ramps up his Kurdish genocide, the U.S. will just shrug their shoulders and refuse to help them fight the Turks.

The Kurds are getting plenty of small arms and ammo from the U.S. (finally) but that’s not going to help much against a couple of divisions of Turkish armor and waves of Turkish F-16s bombing them. The Kurds are smart – they have to know by now the U.S. are back-stabbers. I’m confused why they still throw their lives away for ar Raqqa, unless it’s just to keep the money/arms flowing from the U.S.

A deal with the devil may be better than no deal at all, but that still sucks for the Kurds.

Its very complicates. I dont see it like US would like to put claws in Raqqa and the heavy populated from Tabqa to the Iraqi border. Its more a “who else afterwards” – a kind of vakuum filled with arabs and a main ISIS area.

Kurds therefore has denied to take it several times, and the “wrath” is not for taking Raqqa. Its for isolating and reducing as well as keep the mainly kurdish taken area more safe.

Im sure You are right about heavy paymant and not only for weapens and suplly. I would hope for SDF they have got more protection in writing.

About US support, I still remember YPG would never get support for more than Manbij like just after taking the whole town. It was taken because of cutting road connection, så they could never posses Tisran Dam and had to drive around Manbij at small roads as supply line from the Turks and helpers there – incl. of course – illegal smugling.

But after not many weeks, YPG ignored that,so the kind of trade made Turks more angry then those third class Ottomans are by Erdogan and AKP.

I therefore see Tabqa in the same way. They isolate Raqqa. Im a defensive person thinking. Its good to have Assad lake as a deence line. When they stop all traffic at the dam main parts north of Eufrat has to be by boats, where I thjink I remember many already are destroyed.

I therefore see hopes for Raqqa will collapse because of lack of everything and that includes big parts north of Eufrat.

I dont see US as so much devil, as You do, but its true, they are making dirty deals.

I also study others. Some are devils like that too or worse.

I dont get the political picture for the moment. I havnt got english complicarted words for it.

The next days will show 2 things: 1) Will ISIS be able to counterattack SDF in several places froom south as annouced and take important land back. 2) will Al Bab and the defence line to Qabasin collapse – and do ISIS have a defence line behind – and a kind of 3: Do Turks dare to attack Manbij and other places.

I like Turks less and less. I Might be subhective, but I dont see them as nice people even we have many turks here and they mainly are.

Well, killing IS is something they are interested in in it’s own right, and it also helps their local legitimacy. They aren’t exactly throwing themselves at ar-Raqqa recklessly. They are going about the attack at their own pace, cautiously. Given all that, getting all the arms, money and technical training they can while the offer is open doesn’t seem like a bad deal. I don’t think they intend or show any signs of being obedient pawns to the end. They are just trying to make the best they can of the situation they are in. There may be room to argue for other options, but I don’t think they they are under illusions about the nature of the relationship. 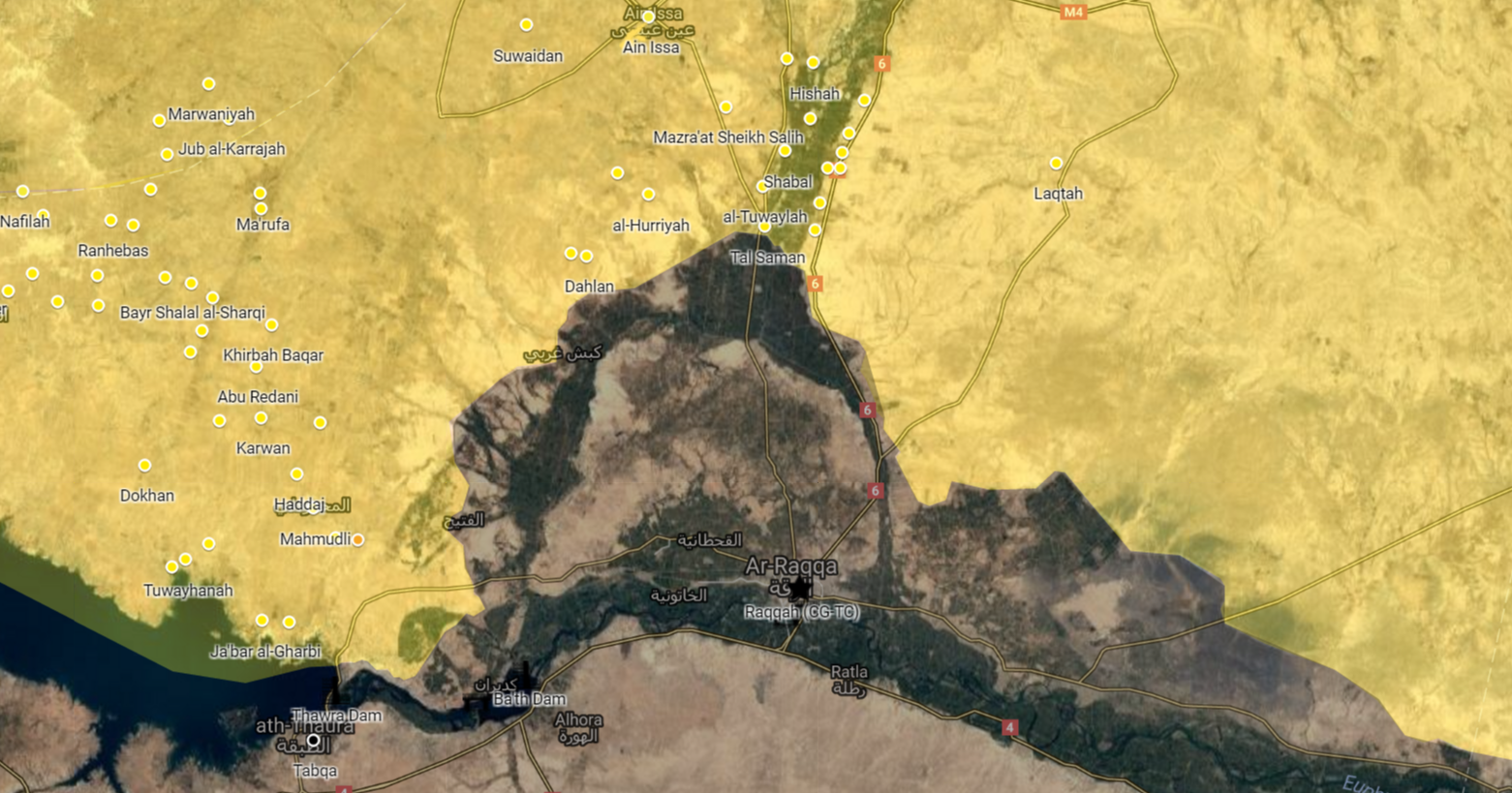