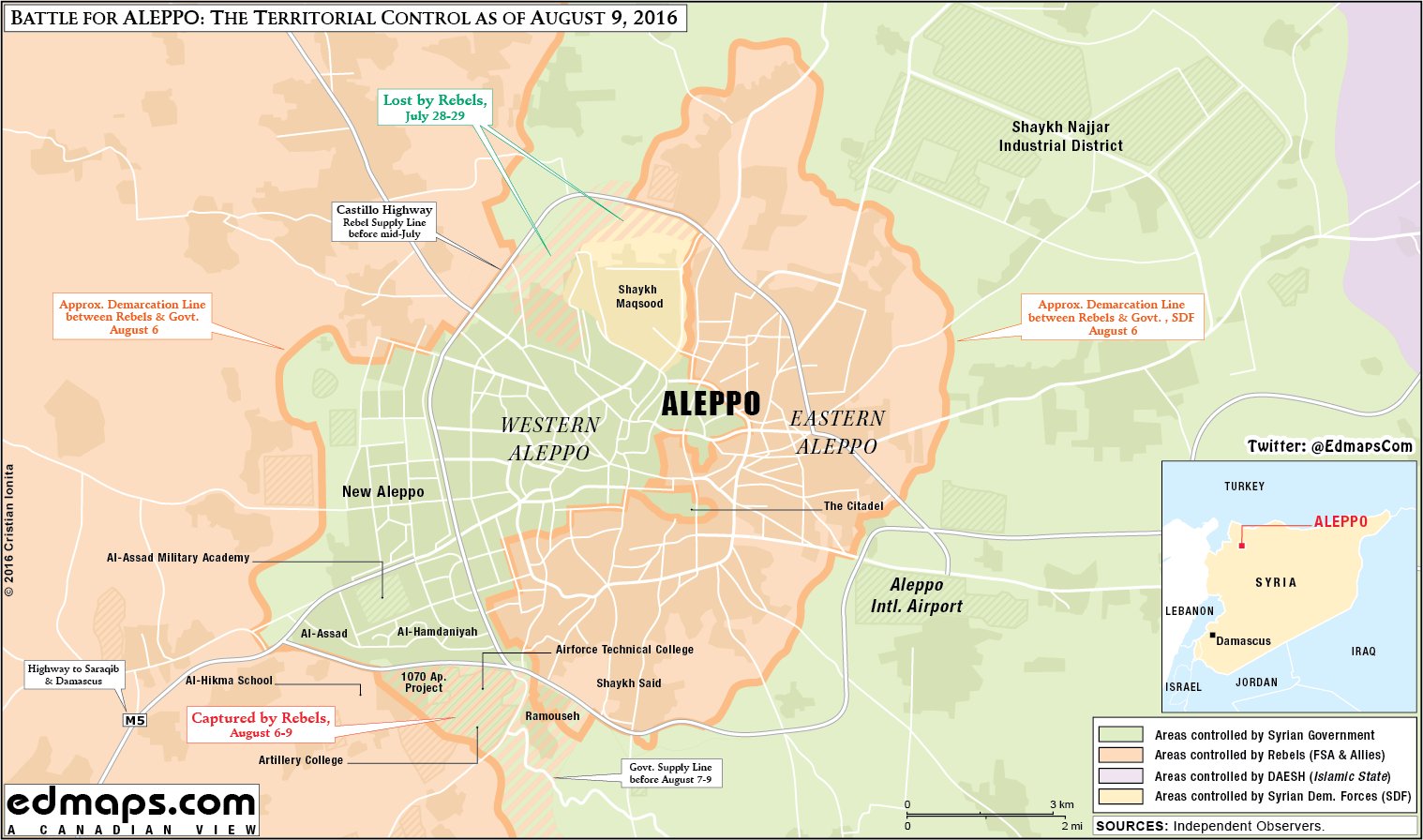 Pro-government source argue that the Syrian army and its allies liberated Souq Al Jebes near the Al Assad district from jihadists on August 9. If this is true, Jaish al-Fatah’s corridor to eastern Aleppo, de facto, does not exist. However, pro-militant and neutral sources deny these reports. It looks that last night the Syrian army was forced to withraw from the area under the pressure of jihadi forces. 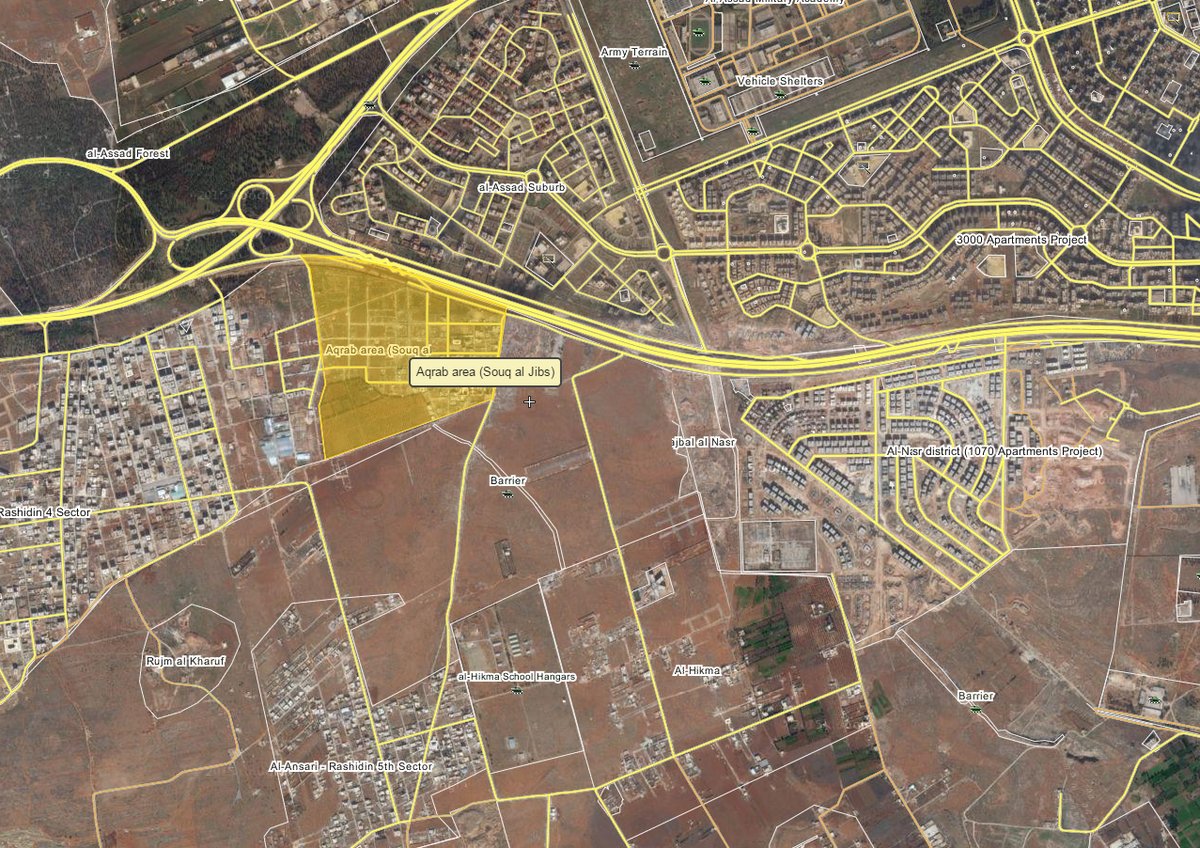 Reports appear that a large convoy of Hezbollah fighters (about 500) arrived in southern Aleppo last night. Hezbolalh will likely hold the flanks of the advancing Syrian army units when (or if) the opration to cut off the militant corridor is started. It’s expected that in coming weeks Hezbollah will deploy up to 1,500 more fighters in the battle for Aleppo.

Jabhat Fateh al-Sham (former Jabhat Al Nusra) has reported that the group had recieved reinforcements (some 3,000 fighters) in southwestern Aleppo. If somebody does not known, Jabhat Fateh al-Sham is the main striking force and a leading part of the Jaish al-Fatah operation room. Separatly, reports appear that militant reinforcements from Latakia and Idlib have arrived the areas west of the Mallah Farms. These facts confirm our conclusions in the previous analysis (HERE). 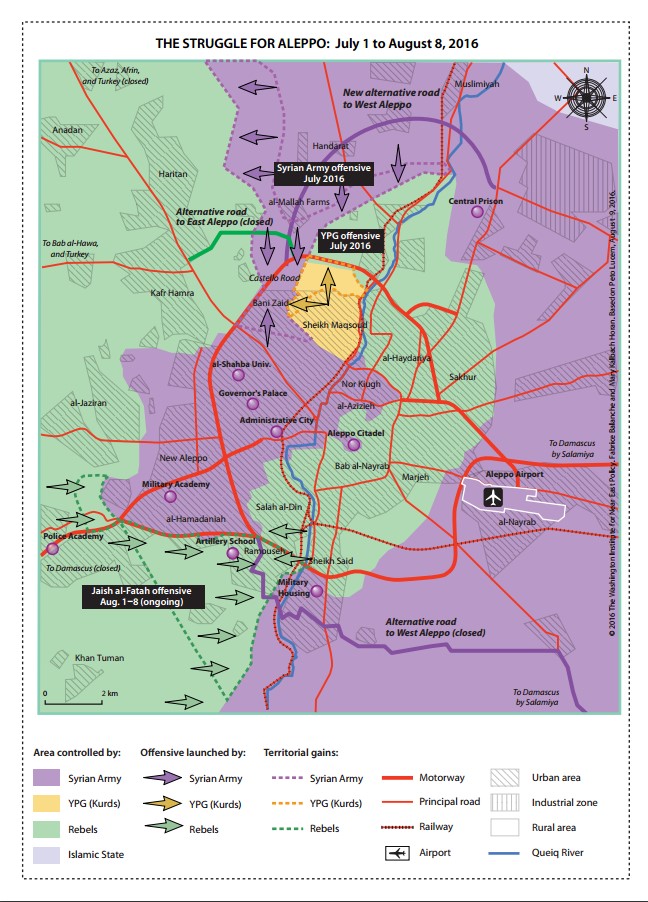 Syrian and Russian air strikes have been observed in the 1070 Apartment Project, the Ramouseh Artillery Base, in the areas west of the Mallah Farms and in the triangle Saraqib-Taftanaz-Zerbah.

Clashes at the Cement Plant in the Ramouseh Neighborhood: 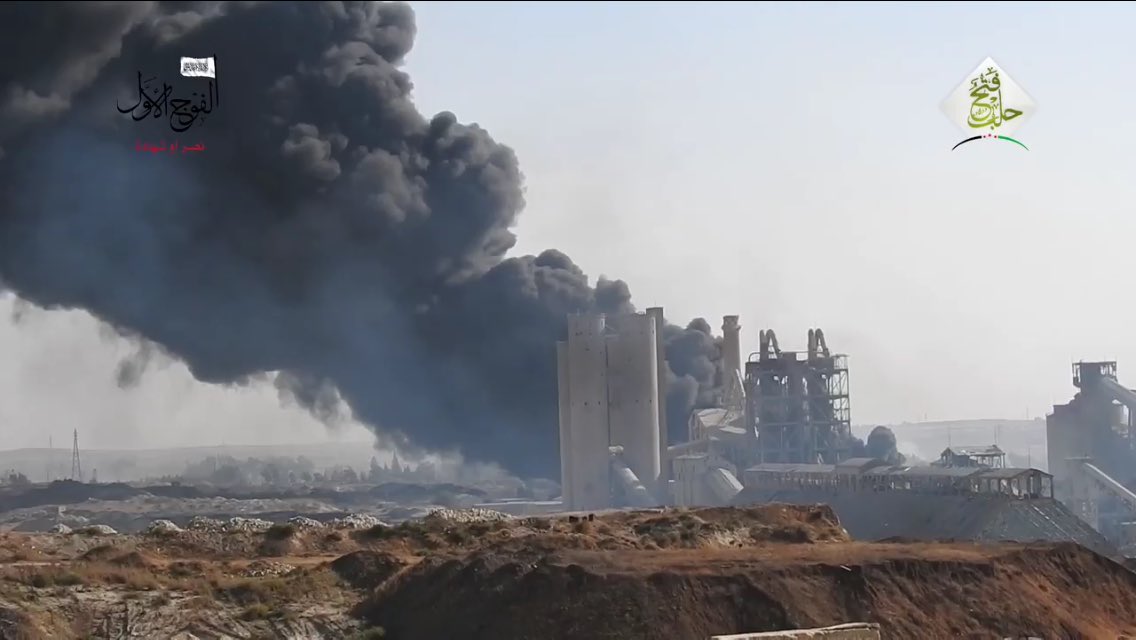 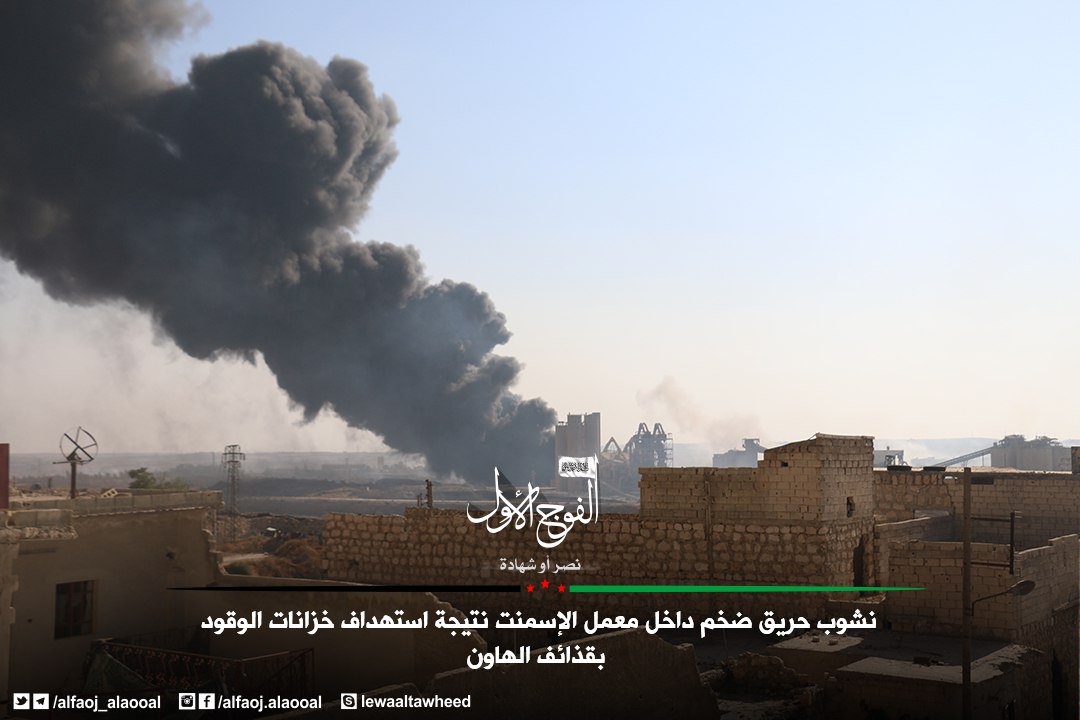 I dont see much resemblence in terms of strategic and operational battles in Aleppo. Tactically, yes it is urban warfare but it is conducted also differently, more cautiously, with less firepower included. Especially support units such as artillaery are missing. Fear of civilian casualities sets a limit. The geological role of Volga river was very importand at stalingrad, here we dont have similar geological effects. Climate is very mild, during 1942 stalingrad autumn and winter played an important role.Here two forces without production capacities clashing, back there in 42 two industrial giants were confronting. In Aleppo, although the fighting is brutal, the warfare is not that “modern”, nor that “intense”.

And this battle will be decided on the political table rather than on the field. Turkey-Russia relations will decide its fate.

The (NEXT) link to the previous analysis points only to southfront.org home page.