On August 26, pro-government forces, led by the Syrian Arab Army (SAA) Tiger Forces, liberated 2,000 km2 from ISIS terrorists north of Palmyra in the province of Homs. With tihs advance the Tiger Forces cleared one of the two ISIS pockets in central Syria. Now, government forces will be able to focus on the ISIS-held area of Uqayrabat.

What is the source of such information?

Are you hearing that or reading it for the first time? It was already reported earlier.

in this case, just click the picture and you will see a source. But there are more maps, based on many different sources, videos, reports…and they all show about the same. At the moment rebels are reporting how many tanks they have destroyed and how many SAA soldiers they have killed. SAA is reporting what they have liberated. Should be enough to understand who is winning

When you’re losing the war and can’t prop up your own morale with battlefield victories, then inflated kill numbers are all that’s left. See how many of the enemy bastards we’re killing! We’re making them pay for every inch of ground (that we’re still losing.

Like the advance of IS against SAA south of the Euphrates?

You dont really understand the reason the areas are painted do you?

Fuck off you wahhabi sand rat.

Islamic World News is one source. There are others.

Hopefully those jihadi scumbags will all die soon.

Beautiful. Now for the next pocket, then to Deir Ezzor. I only wish I could be there to fight in the glorious syrian liberation myself.

Well then, go buy a ticket, a gun. As soon as you show up in Danascus, you will be arrested. If you make it thruogh customs, rent a jeep and let you be driven to the front and as soon as you show yourself, IS will collapse…..laughing.

Where on earth is ‘Danascus’ ?

So someone shows a bit of happiness and glory and u have to come and shit all over it huh?
Let the guy be proud u fucking piece of shit!
He is happy and wishes to smile with the guys doing the hard work!
You truly are a piece of shit!
A fucking rat!

Unlikely the entire territory had been cleared of terrorists hiding in cave networks. There was a significant force just north of Palmyra. Where did they go?

Reports like these normally come with numbers of enemy killed and captured. This is suspicious.

Where did they go?

There are always the cynics who don’t think about the obvious. 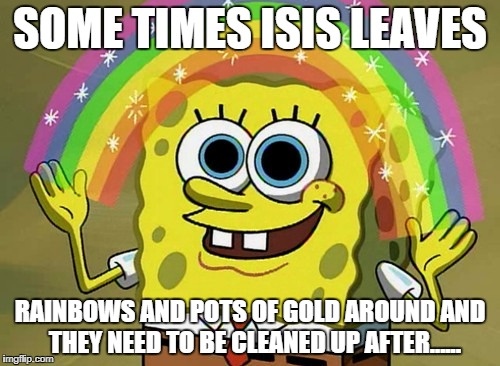 Pockets are not eliminated this way.

Pockets are very dire for the defenders because they either end in total massacre of defenders, or in their mass surrender. The SAA would have reported it if either happened. The land , by comparison, is usually of less importance.

No. What must have happened is Isis forces broke thru the pocket and escaped. This is a missed opportunity. Winning pockets is less about winning land and more about destroying enemy forces and materiel. This encirclement was screwed up.

1st interesting news in this year

Still, you keep coming back and commenting on all the un-interesting news too! :)

sure. i was waiting for interest news :)

Holy shit, I just found out you’re black!
So u are a piece of shit after all!

I am black too…I dont like the shit he writes at times.What TF does skin color have to do with that?..prick

these guys are mosrtl nazis. they accept only those, who are endless fans of saa. no critics. i am on side of assad, but also critisize the mistake. therefore i am: ukrianian swine, polish swine, jey, zionist, american shit,… and now black. :)))

have a nice day!

U are a troll!
So there are such people who anti-troll!
Done by exposing them!

Because he has trashed other races! The guy is a racist! its amuses me that he can get away with such talk!

See what I mean?
He just argues for no reason, support USA half the time and is massively racist!
Trust me, it gets much worse than this!
REMEMBER HIS NAME! “Solomon, he is a “fuck head troll” 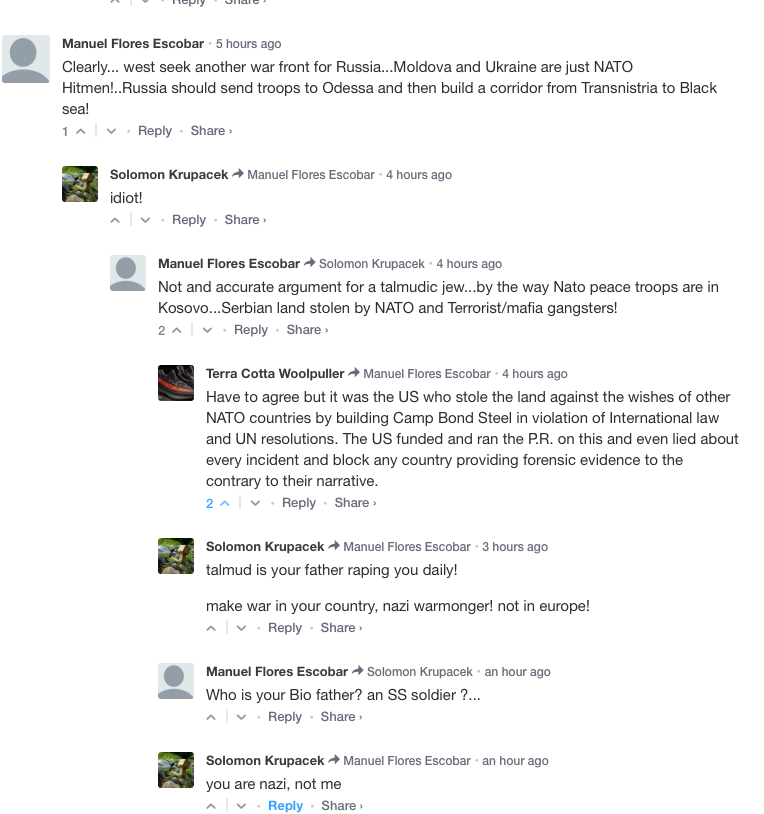 This is a great day. Makes sense to clear out Cauldron #2 since that had less entrenched positions than the Uqayribat situation in Cauldron #1.

Still it was bloody fast thanks to Russian helicopter hunting packs having a hand in liquidating Daeshbag game like fish in a barrel with nowhere to go with Russian Spetsnaz and SAA locating targets. Helicopters are great for open terrain.