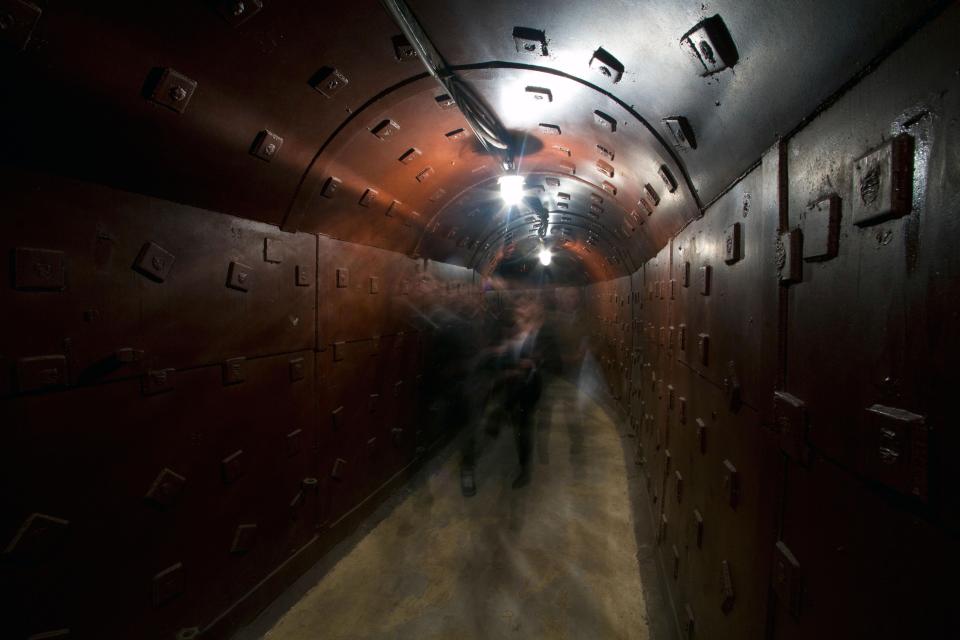 The Swedish government should double the number of bunkers in the country over next ten years, according to the country’s Civil Contingencies Agency (MSB). The move would be to ensure readiness for an attack, even a nuclear strike.

The report, which was put together at the request of the government, recommends that a further 50,000 bunkers should be built over a ten-year period starting in 2019. The project is expected to cost two billion kronor, according to the MSB.

Currently existing shelters are in need of renovation, at an estimated cost of one billion kronor. This will include improving ventilation and updating respiratory equipment available to the population, for example.

The facilities will be built in Stockholm; in Norrbotten County; on the island of Gotland and in the Öresund region.

While the agency did not specify a potential threat nor its perceived nature, it said that the shelters are designed to protect the residents from “all weapons that could be used.” In case of an attack, the facilities, often located in residential buildings, are to shield the population from the shock waves and radiation from a nuclear detonation as well as biological and conventional weapons.

Sweden is not unique in this regard. It was estimated that while Sweden’s shelters meet the needs of some 80 percent of the population, in Switzerland the number stands at a staggering 114 percent with 300,000 shelters as of 2006. In Finland, another champion of civil protection, the coverage is at some 70 percent. Otherwise in Europe, the figures are much smaller, not exceeding 50 percent.

Sweden has reintroduced drafting into obligatory military service that will be in effect from January 1, 2018. Last September, it decided to deploy some 150 permanent troops to Gotland, with the military citing the deteriorating security situation in the Baltic Sea.

Maybe they should create those shelters and deploy those troops to the ‘no-go areas’ that unbridled immigration has created? Chances are more Swedes will suffer from the crime that comes from those areas then ‘Russian aggression’.

Oh, that’s right, immigrants are good, because refugees are pitiful. Whereas Russia is EVIL and DANGEROUS!

Spooky – that reminded me about the film “The Time Machine”.

Wow, some scary stuff “Last September, it decided to deploy some 150 permanent troops to Gotland, with the military citing the deteriorating security situation in the Baltic Sea.”…… 150 well then, I feel a lot safer knowing that !!!!.

Makes you wonder if it wouldn’t be more cost effective and safer to try and convince the psychopathic knuckle-draggers in the ‘West’ not to start a nuclear war with Russia and, ultimately China too. Maybe the Swedes already know the intentions of the ‘West’, as Pence has already been telling nuclear forces in the US to obey a nuclear launch command without question. One thing is for sure, if the psychotic knuckle-draggers carry out what they feel will be a limited nuclear war, I’ll die knowing that they’re going to go with me, as the nukes of today make the Hiroshima/Nagasaki ones look like playful firecrackers (or is that sparklers).

A very good outlook on life. Knowing the Yanks, I’ll just end up with a nice suntan.

Russia would never hurt anyone… it is a professional vicitim country.

sure. we saw this neverhurting 128x in the last centuries

their money, their freedom

Preparing shelters is always a good idea but the job isn’t finished there. You kept them safe from the blast, good job, but what will happen after that, in case of a nuclear blast, where the land, air, water and everything is polluted? What should they eat? I guess the military contractors should only be worried about construction of these shelters, not after that.

By the way, who is building those shelters? I imagine they’re not cheap.

“…but what will happen after that..”

As is often the case with psychotic knuckle-draggers, they haven’t thought that far ahead. In fact, I doubt they’ve thought at all, being blind to everything but their immediate desire.

Hmmm, working on the ‘ventilation’ of those shelters. I hope they aren’t planning to get rid of all the real Swedes during a future ‘exercise’ by pumping in some cyanide gas.

Bet the populace can’t wait to be sheltered with Mohammad and his knife.

The Swedish political establishment is having an nervous breakdown. They have seriously lost the f–king plot.

What The Local said:

“The report, which was put together at the request of the government, recommends that more bunkers with space to shelter a further 50,000 people should be built over a ten-year period starting in 2019. The project is expected to cost two billion kronor, according to the MSB.”

“The report, which was put together at the request of the government, recommends that a further 50,000 bunkers should be built over a ten-year period starting in 2019. The project is expected to cost two billion kronor, according to the MSB.”

Apparently reading and comprehension is proves difficult for the people at SouthFront, or they are being more alarmist than what they claim the Swedes to be… with an outright lie. Either way, this makes SouthFront a pretty unreliable site for news and information.

The commenters on this article obviously never checked the source and chewed everything up like candy, too. Sad puppets.

Thanks for the heads up

Living near Russia has so many benefits.

They should make sure to insulate these bunkers with tin foil since the Bolsheviks are importing Romulan mind control space ray technology via the Siberian Star Gate! What good is a radiation proof shelter if the Bolshys use mind control rays to call the people out into the fallout? :D https://www.youtube.com/watch?v=mzddAYYDZkk