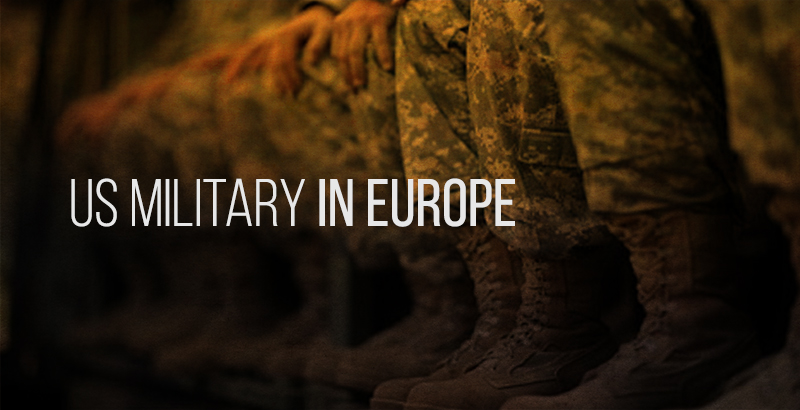 The European region bears a great significance for the US and its ambitions to act as a global power. Relations between the United States and some European countries date back even to 17th and 18th century, when the European settlers began their voyage to the New World, the ties which bond these two global entities are not only political, military and economic in nature but they are also historical and social. Western Europe countries share more or less the same values with the US regarding the human rights and freedoms, democracy, civil society and more; but the interests for Europe in the US rapidly grew only after the Second World War and the bipolarization of the world. The rise of communism and the USSR made an imminent threat to Europe and of course to the new emerging global power, the United States.

The region of Europe has three main aspects which makes it important for the US in geopolitical terms. The first aspect is the Arctic or the High North. Arctic encompasses territory (land and sea) of eight countries, six of them are in Europe including Russia. The Arctic region is becoming more popular every year in global politics, and not only because it has vast deposits of resources like natural gas and oil. Scarcely populated and with the melting of ice the Arctic will become a major shipping route, its estimated that using the Arctic route ships can shorten their way from Hamburg to Shanghai for almost 4,000 miles. This will be a huge boost to all shipping companies across the globe, and since its in the Arctic chances for pirates are rather low. The US has the best path for contesting this region exactly from Europe. The northern countries have good infrastructure and experience in the Arctic region, and their proximity to Russia can be helpful if the conflict occurs. The next aspect is the Europe’s access to the Middle East through the Balkans. Although the Balkan is relatively stable with semi-frozen conflicts, most of the countries are in NATO, and of course Turkey as the most important ally in this part of Europe can provide all the needed support and accessibility to the Middle East. Caucasus region and the two straits, Bosporus and Dardanelle, can also be added here as geopolitical points in which US has a lot of interest. The third aspect is the Mediterranean and North Africa. Countries in the South of Europe provide substantial naval infrastructure and power projection capabilities across the Mediterranean Sea. Also these countries provide a base access point to the North Africa, this could be observed during the earliest years of the Arab Spring and the civil war in Libya. All these aspects combined make the European region crucial for the US especially if the objective is to restrain Russia.

Beside geopolitical interests the US has some of the closest allies in Europe like the United Kingdom, France and Germany. These three countries have significant military and economic power and they are also leading the European Union. One of the most important bilateral relationship is definitely with the UK. The two countries share a lot of common values and interests, and the UK government is usually the first who supports US actions, both military and political. Also the UK and the US have a high degree of military cooperation, intelligence sharing and even transfer of some nuclear technology. France still stands for one of the most military capable NATO members with military spending of 1.9% of GPD. Good infrastructure, vast military industry and nuclear capabilities allow France to have a solid deterrent force thus strengthening the whole NATO structure. However, plans like job cuts in defense department and lower military budget which the government wants to achieve, can leave some bad marks on the relations between NATO and the US, especially since the US expects a more active approach from their allies in the conflicts across the Middle East and Ukraine. As a powerhouse in Europe, Germany doesn’t fully commit to the NATO or the US actions in terms of military power. The budget which is 1.3% of GDP is usually spent on personnel costs and building rents which leads to a decline in money for other military equipment. Furthermore, the government is lowering the total number of servicemen in the military from 205,000 to 185,000 personnel. Also Germany lacks the capability of tactical and strategic airlift, and the government plans to cut procurement and decommission certain specific capabilities which will mostly effect the Army and the Air Force. All these remarks are not welcomed by the US or some other NATO members, despite the public call for broadening Germanys participation in peacekeeping missions made by Germanys Defense Minister Ursula von der Layen.

US military presence in Europe reached its peak in the fifties with more than 450,000 troops operating on more than 1,200 sites. After the end of the Cold War the US military presence in Europe rapidly decreased to 213,000 servicemen, and later in 1993 it decreased even further to 112,000 servicemen. Today there are 67,000 American troops permanently stationed across Europe. Military infrastructure and the US military in Europe (EUCOM) can be classified in sections.

Beside French and British nuclear capabilities the US has also maintained a significant number of nuclear warheads across Europe. During the Cold War era US had more than 2,500 nuclear warheads in Europe, however after the end of the Cold War and the fall of the Soviet Union that number rapidly decreased. Today according to some unofficial estimates the US has around 150 to 250 warheads deployed in Italy, Turkey, Germany, Netherlands and Belgium. It should be noted that most of these weapons are free fall gravity bombs delivered by aircrafts. There is still an ongoing debate in NATO whether there should be a further decrease in nuclear armament, as proposed by President Obama’s administration, or the nuclear armament should be deployed in Eastern Europe countries as a response for Russian actions in Crimea. Though most of the nuclear weapons are in Western Europe total disarmament and removal of these warheads is highly unlikely, considering the situation in Ukraine and in the Middle East. There are two types of bases currently used to hold nuclear weapons in Europe: Nuclear Air Bases and Air Bases with Nuclear vaults in caretaker status. In the first group we have bases like Lakenheath (UK), Volkel (Netherlands), Kleine Broggle (Belgium), Buchel (Germany), Ramstein (Germany), Ghadei Torre (Italy), Aviano (Italy) and Incirlik which is in Turkey. In the other group bases are Norvenich (Germany), Araxos (Greece), Balikesir (Turkey), Akinci (Turkey). Of all other countries Germany is the most nuclearized with the potential storage of more than 150 bombs, also all these weapons can be moved and shifted to other bases or other countries if need be.

Although the US Government is trying to cut spending on foreign military presence, the Pentagon won’t allow strategic points like EUCOM to suffer, especially now when the new global adversaries are on the rise. Still undisputed in their military spending the US is trying to become more effective with their troop deployment and the maintenance of such large military force. President Obama’s administration program of removing US troops from Iraq and Afghanistan has already shown bad results. Although Europe is nothing like those regions, further removal of US forces could result in major power shifts. Probably one of the future objectives of EUCOM and NATO will be deeper military involvement in Eastern Europe, more precisely in Baltic states. Of course, these developments will be governed by finance and the amount of threat for the US global interests in other regions like the South China Sea, the Middle East and the North Africa.

No more than an occupng force from the US empire

The whole Zionist-Jewish led invasion of Europe, was to conquer indigenous Europeans, subdue them, and ultimately ethnically cleanse all the natives of Europe. This is racism. America was good over 100 years ago. Since the Jewish Federal Reserve act of 1914, America was conquered and turned into the USSA (United Soviet States of America).

hey, american soldiers, when you go home as vets, they will shit on you, kill you or force you to kill yourselves !

Oh really? Well as an American Sailor i would strongly disagree.

But as an American sailor you fund, support and take part in the American bombing of people and countries that never attacked or threatened you or your country for 16 Years now and still going strong.

So. Imagine for a moment – what YOU would say about the Russians or the Chinese if they were ….. bombing the people of multiple nations daily for 16 years with no end in sight – nations that had never attacked or threatened them?

“what would it be like if RUSSIA was BOMBING and DESTROYING small, poor, weak nations that have no means of defending themselves against the attacks”

Uh….. yes…. what would it be like? What if they were bombing our allies in Syria right now even?

And so what? I don’t care if they are defenseless or not. We should be helping the people of these countries regardless. You think because they’re weak that means anything?

Russia is bombing your allies in Syria?

So you admit you know – your “allies in Syria” are foreign insurgents and terrorists – including Al Qaeda – those very nice people who blew up your Twin Towers on 9/11?

And you know that and you defend that. …..? —————- Only ONE nation is waging unprovoked war against the defenseless.

YOURS. With a little help from your friends.