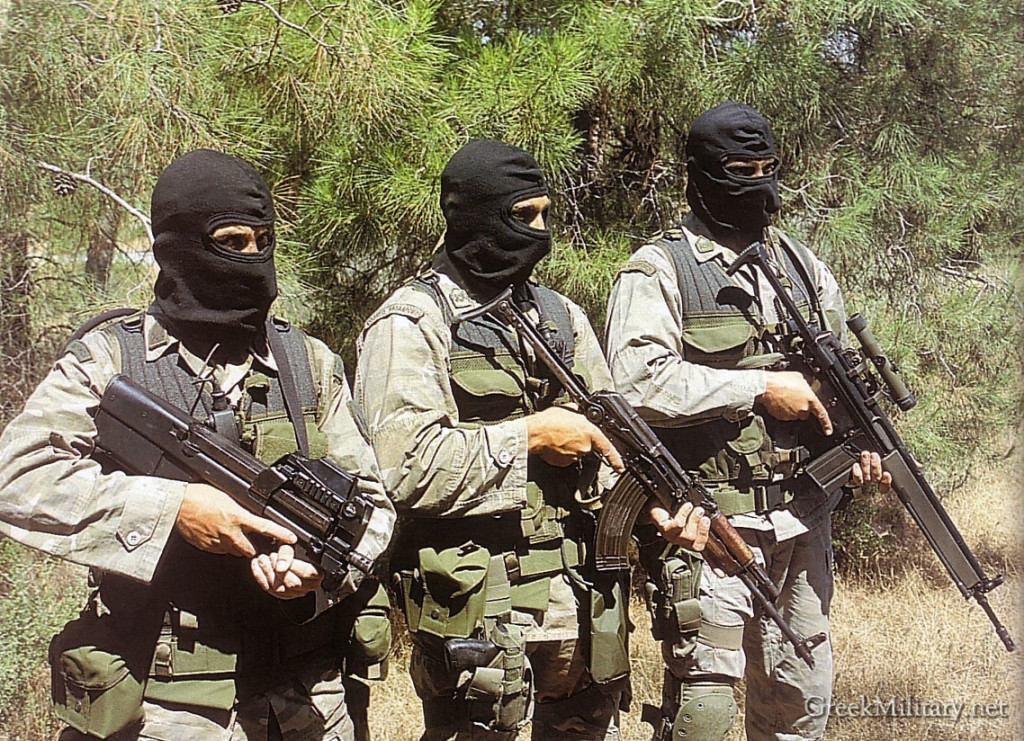 The armed forces of the Republic of Cyprus (National Guard NG) account for 12.7 thousand people and consist of an army, a small air force and navy. About 60 thousand people are in reserve. The total number of citizens fit for military service, is amounted to about 140 thousand people. Apart from NG there are paramilitary sea (port) (330) and military (500) police. The first one is armed with 10 patrol boats.

Supreme Commander of the Armed Forces is the President of the Republic. He directs the National Guard through the Ministry of Defense, which is headed by a civilian official. Direct supervision by a team of troops NG.

Air Force (in fact, army aviation) are armed with 12 combat helicopters (Mi-35 -11, SA-342L «Gazelle” – 1) and 9 multi-purpose transport helicopters, one academic and one transport (patrol) plane. Apart from this, air forces are armed with is a number of Israeli intelligence UAV Searcher. Aviation is based on three airfields.

Ship structure of the Navy (Maritime Command) is represented by patrol ships (commissioned in December 2014), 16 state troopers and two landing craft. Also in the Navy’s coastal defense units are equipped with mobile missile complexes “Exocet” MM40 (6 CP), a detachment of underwater damage (frogmen) and the command of the coastal surveillance. Item-based Navy is located near the village of Zygi.

Only men aged 18 to 45 years can be brought in the National Guard. Call-ups are each year in June. The duration of compulsory military service – 24 months. It is obligatory for all men, “regardless of their origin or religion.” Only Turkish Cypriots are not called-up to the army. It should be noted that a number of young people who evade military service or deemed unfit for military service on medical grounds increases every year. So, in recent years about 20 percent of boys have been taken-off because of the health problems.

9 September 2015 Cyprus President N. Anastasiadis said that in connection with the discovery of new deposits of hydrocarbons on the continental shelf of Cyprus and the neighboring countries the National Guard should be efficient and capable of defending the interests of the republic in its exclusive economic zone as “Turkish threat has been still there, and geopolitical conditions have changed radically. ”

However, a significant deterioration in the financial and economic situation of the country in recent years, forces Cypriot leadership to cut military spending. So, for the past five years, the defense budget has decreased by almost 8%, and in 2015. It decreased by 7.7% – up to 318.9 million euros. The costs for the purchase of arms and logistical support to the National Guard fell by 35%: from 105.4 million to 68.7 million euros. Local experts believe that the savings on military expenditures will continue in the future. “Therefore, we can hardly expect any significant strengthening of the National Guard in terms of military personnel and advanced weapons systems and equipment.” In addition, there is a “likelihood of reducing the period of compulsory military service.”

The main partners of the Republic of Cyprus in the sphere of military-technical cooperation are Greece, Israel, Russia and France. At the same time, the United Kingdom and the United States comply with the embargo on military supplies to the republic due to the the unresolved Cyprus problem.

During the visit to Moscow by Cyprus President N. Anastasiadis in February 2015 was signed a Cyprus-Russia memorandum on cooperation in the naval sphere. The closest military ties are maintained with Greece, which in 1993 signed an agreement on joint defense.

Its militias (security forces) has  the unrecognized Turkish Republic of Northern Cyprus (TRNC), whose authorities control about 38 percent of the island. These forces account for 3.5 thousand people of seven infantry battalions. In their arsenal there are 73 120-mm mortar shells, anti-tank systems 6, 5 patrol boats of the Coast Guard. These units perform the functions of the Internal Troops and Border Protection. The security forces TRNC call-up men aged 18 to 40 years. There is a reserve of up to 26 thousand men. TRNC Security Forces Commander is General of the Turkish army.

United Kingdom on the basis of the agreement in 1960, has already allocated two bases in Cyprus Dhekelia and Akrotiri regions, which cover about 2 percent of the island’s territory and are not subject to the sovereignty of the Cypriot government.

In accordance with UN Security Council Resolution 186 of 4 March 1964 UN forces (UNFICYP) are allocated in Cyprus. More than 800 people from the UK, Argentina, Hungary, Slovakia, Serbia, Paraguay and Chile.

In the absence of progress in the political settlement of the Cyprus problem, UNFICYP continues to stay on the island to monitor the ceasefire lines, maintain a buffer zone between the Greek and Turkish parts of the country, carrying out humanitarian actions and supporting the good offices mission of the UN Secretary General. The headquarters of the UN forces is in Nicosia.