Militant groups operating in Eastern Ghouta have disrupted the first five-hour ceasefire pause in the region and have used it to launch an offensive against governmetn forces, the Russian Center for Reconciliation (RCR) said on February 27.

“During the humanitarian pause, militants of the armed groups continued to attack the positions of government forces in the vicinity of the settlements of Khazram and Nawabiya, and after 13.00 they started an offensive and on other destinations. These actions were accompanied by intense artillery fire and fire from small arms, ” the RCR’s head, Maj. Gen. Yuri Yevtushenko told media.

“The militants do not let anyone out,” he said emphasizing that the military situation on the ground is “compliacted”.

According to Maj. Gen. Yevtushenko, militants had been conducting shelling about every 30 minutes during the humanitarian pause. He called on militant groups to observe the ceasefire and do not prevent people from leaving to safe areas.

Daily humanitarian pauses in Eastern Ghouta were announced by the Russian Defense Ministry on February 26. The first pause took place on February 27. The goal of the effort is to allow as much civilians as possible to evacuate from the combat area.

Last week, the Syrian Arab Army and its allies launched a military operation against militants operating in Eastern Ghouta.

Photos of a humanitarian corridor opened by government forces for civilians in Eastern Ghouta: Jihadist screwing with the SAA, they can not take a siesta. :(

There is a need though to counter the US Coalition of Terror with undeniable facts that even filter into the US vassal media.
Plus ,the rescue of civilians who have been trapped in this hell for years is the right thing to do.

We all would expect our governments to try to free us.

Make sure nobody sneaks in,think chemical weapons with fake Syrian origin.Don’t allow them to control the situation on the ground.

You can be certain that Langley’s labs are manufacturing gas with appropriate markings for another false flag incident.

The Trump brutal regime have hostage the Syrian Arab nation in North and East Syria.

Israel are allowed to make nuclear weapons but Islamic countries are not allowed to make these weapons and if they do then Israel or US will target them or sanction them.

Islamic countries need to be united together with Russia and China then nobody can fool them or force their demands on them. They should be brave like North Korea. Now majority of Islamic states are US slaves.

Good point as the borders of such pockets have always been porous , plus there will likely be many smuggling tunnels as well. If there were not , the pocket could not have amassed all the weaponry.

Syria and Russia should takeout all terrorist hideouts in Syria to bring law and order as soon as possible. They should ignore US and UK propaganda that they use for hindering Syrian led coalition advance against US backed terrorists.

I am sure the SAA and allies will rid Syria of the terror gangs and to do this it is necessary to prevent the US coalition fabricating a situation where they can claim a ‘Right to Protect’.

The US bases in Syria are illegal and are serve for occupation of Syrian land. The Syria and Russia should not request in honour of US. They should just use S-400 air defense missile systems on their fighter planes that violate the Syrian aerospace and use Iskander missiles on their bases that they have opened illegally in Syria for arming and training terrorists.

I have just been rung up by my parents slagging me off (ish) for my support for Russia in this conflict + my anti-US views.

Views please so I can send it back.

People are so bl00dy brainwashed, it is unbelievable.

Ger
Reply to  You can call me Al

This scene has been played many times by the terrorist……holding the civilians hostage serves two purposes: 1. Gives the outside warmongers space to scream evil Assad killing the innocent. 2. Keeps the hostages from revealing the truth about their captives and their foreign advisors….therefore the terrorist shell the designated evacuation routes. The last thing the warmongers want to see is a repeat of Aleppo….people in the streets by the thousands celebrating freedom, hugging the Syria Arab Army, praising the Russians, waving national flag and holding up pictures of Assad. Ghouta: Wash, rinse, repeat!

Israeli terrorists have kidnapped Ahed Tamimi and her parents at midnight by gunpoints. Nobody knows where they are now. Each year Israel kidnap thousands of adults and small kids from the streets. Many of them Israel kill in fake combats. If Vietnam can free from American regime army then Palestine can also free from European migrants.

Yes, if used tactically the ceasefires can be used to rest troops and acquire ‘intelligence’.

Fighting In Built Up Areas (FIBUA) has never been swift unless one adopts the ‘Kill All ‘ option used by the US Military. The Raqqa and Faluja destruction will be remembered for generations and the USA is again exposed as barbarians.

Agree; Yankee/Zionist war philosophy. WW2 Dresden, Hamburg, Tokyo, Nagasaki & Hiroshima. Korea: It is estimated Yankee B 29s bombed 25% of the population into eternity. Vietnam; Operation Rolling Thunder, and all the other bombing campaigns weighed in at over 7.5 million tons of high explosives, while Agent-Orange is an other factor which must also be taken into consideration. Obama the Nobel prize winner dropped over 26,000 bombs in his last year in office. While the incumbent topped that in his first year. When talking about War Criminals, Hitler and Pol Pot would not make it into the top 10. All of those slots are held by Yankee Murdering Scum

This is hugely woeful.

This would be good tactic if you have the capability to see exactly where the attack is coming from….and I am afraid that only Russia can do that. That is why, if Russia can provide with intelligent gathering and with high precision missiles, I consider it good tactic.

Putin ordered ceasefire!
He forgot tell this in arabian.

Watch out Raptor, T Rex is out looking for your ass: 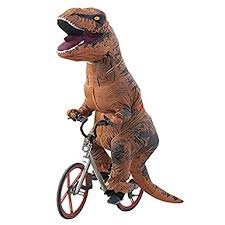 You can be happy.

you welcomed the fsa attacks in south syria.

I said relieving the brave defenders of Deir Ezzor was more important. :)

Rusian minister Sojgu ordered SU-57 to attack as revenge for us attack opposite Vagner agency troops.
Result,10 us instructors eliminated…https://riafan.ru

Could you apply your own advice – to yourself?

The authoritarians who silence Syria questions

I am loath to draw more attention to the kind of idiocy that passes
for informed comment nowadays from academics and mainstream journalists.
Recently I lambasted Prof Richard Carver for his arguments against BDS that should have gained him an F for logic in any high school exam.

Now we have to endure Brian Whitaker, the Guardian’s former Middle
East editor, using every ploy in the misdirection and circular logic
playbook to discredit those who commit thought crimes on Syria, by
raising questions both about what is really happening there and about
whether we can trust the corporate media consensus banging the
regime-change drum. Ctd….

There is not any surprise. This is exactly what one could be expected. Even more, this coffee breaks will be used by Israel-USA-NATO to provide assistance, logistic help, weapons, even air strike support (if it is possible), or other type of help to terrorists and advisor trapped in Ghouta.

Oh my god… Like if noone knew that terrorists will attack despite any ‘ceasefire’ agreements. I don’t know about practical sence of ceasefires for civilians but syrian army is suffering for sure.

of course they did, why does russia seriously think terrorists will behave like normal people? whats in it for them? stop these stupid ceasefires and just kill every last jihadi rat bastid!!!

Looks like a new SAA advance has started on eastern edge of pocket, moving towards Shifuniya.This is a key junction of eastern road net. GODSPEED SAA :)))
https://www.almasdarnews.com/article/syrian-army-captures-strategic-east-ghouta-town-daring-night-assault/