According to local sources, in the coming days, militants’ groups in southern Damascus will to leave at least four towns and hand them over to the Syrian government. 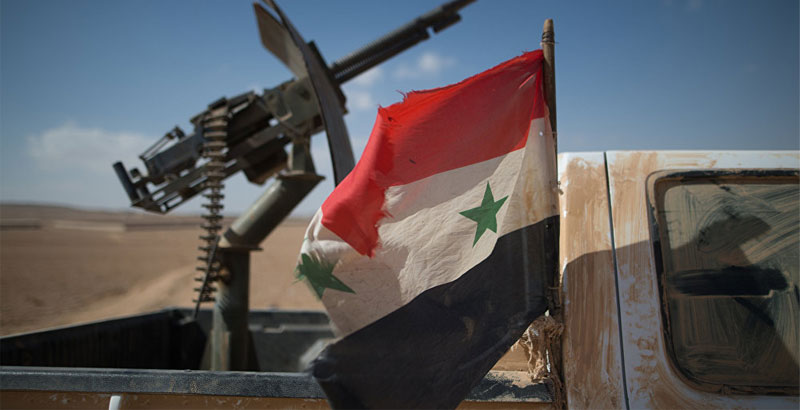 Militants’ groups in southern Damascus are going to leave at least four towns and hand them over to the Syrian government in the coming days, the Fars news agency reported, citing unnamed local sources.

According to the sources, if militants accept terms of the reconciliation agreement, which is currently being discussed, they will leave the towns of Aqraba, Beit Sahm, Yalda and Babila in exchange for safe evacuation from these inhabited localities and relocation to the militant-held regions in Idlib province.

In addition, on Thursday, residents of the town of Kafr al-Awamid, located in Wadi al-Bardi region (Western Ghouta), had a chance to drive out terrorists of the Jabhat Fateh al-Sham (previously known as the al-Nusra Front) group, as the Syrian Army intensified its attacks on militants.

However, residents of Kafr al-Awamid town contacted officers of the Syrian Army and asked them not to attack their town during a military operation against Jabhat Fateh al-Sham in the region.

At the same time, another group of civilians from Wadi al-Bardi were transported to the village of al-Rozah, as Syrian troops continued their operations against Jabhat Fateh al-Sham terrorists in Western Ghouta and advanced in more areas.

Battlefield sources also reported that disagreement between the so-called Free Syrian Army (FSA) and Jabhat Fateh al-Sham on the issue of how to confront the Syrian Army has heightened, as well as the efficiency of militants’ attacks has decreased.

Hope SAA wastes as many of those CIA sponsored FSA fuckers as they can.

Any group that poisons the water supply of a large city , in the middle of winter , should be completely terminated without regret .

Whenever we write on this and other websites that the Syrian army should attack and wipe out surrounded jihadis mercilessly, that they shouldn’t take any jihadi terrorist prisoners alive after all their crimes and the national destruction they have caused, and so on; certain IDIOTS reply that it would be too cruel, impracticable or unnecessary to REALLY decimate the jihadi hordes; that it would cause bad press in the Western MSM; that Sun Tzu wrote to “always leave an escape route for the enemy”; and similar imbecilic crap.