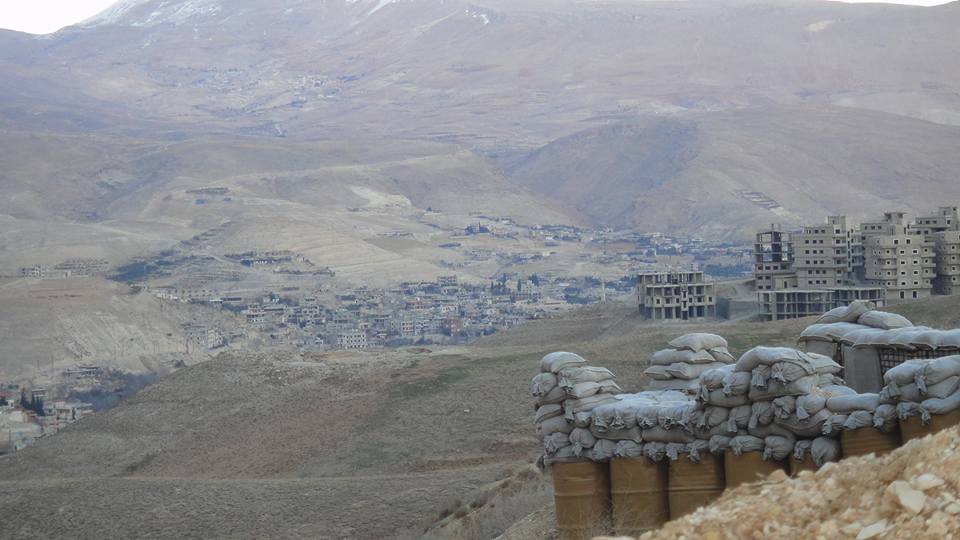 View from one outpost overlooking Dair Qanoon in Wadi Barada

The Syrian government and militant groups operating in the Wadi Barada area have reached a reconciliation agreement. The agreement was brokered by a delegation of Russian officers that had arrived the area.

According to the agreement:

Last night the Syrian army and the National Defense Forces (NDF) made a major advance in Wadi Barada capturing Dahret al-Nhaylah which overlooks Kafr al-Awamid. This and participation of the Russian military delegation in the negotiations were key facts that pushed the so-called “opposition” to accept the terms of the agreement. 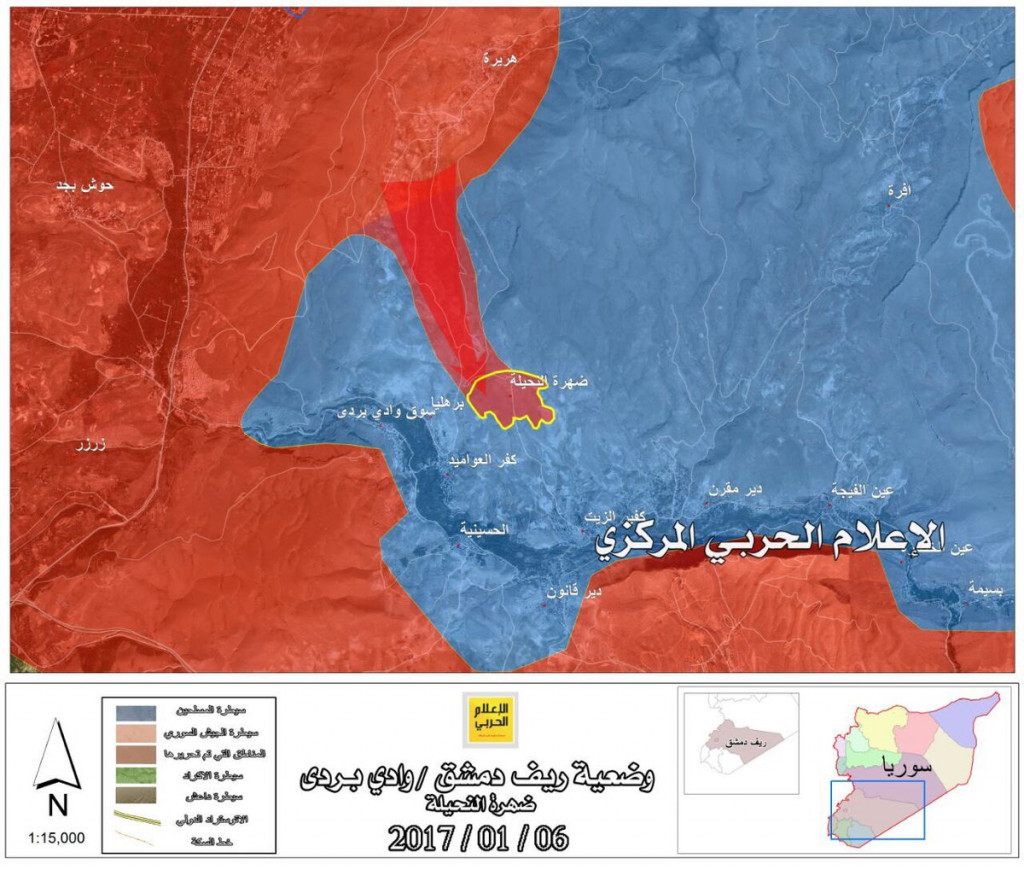 The military situation in the area prior to the recent government advance: 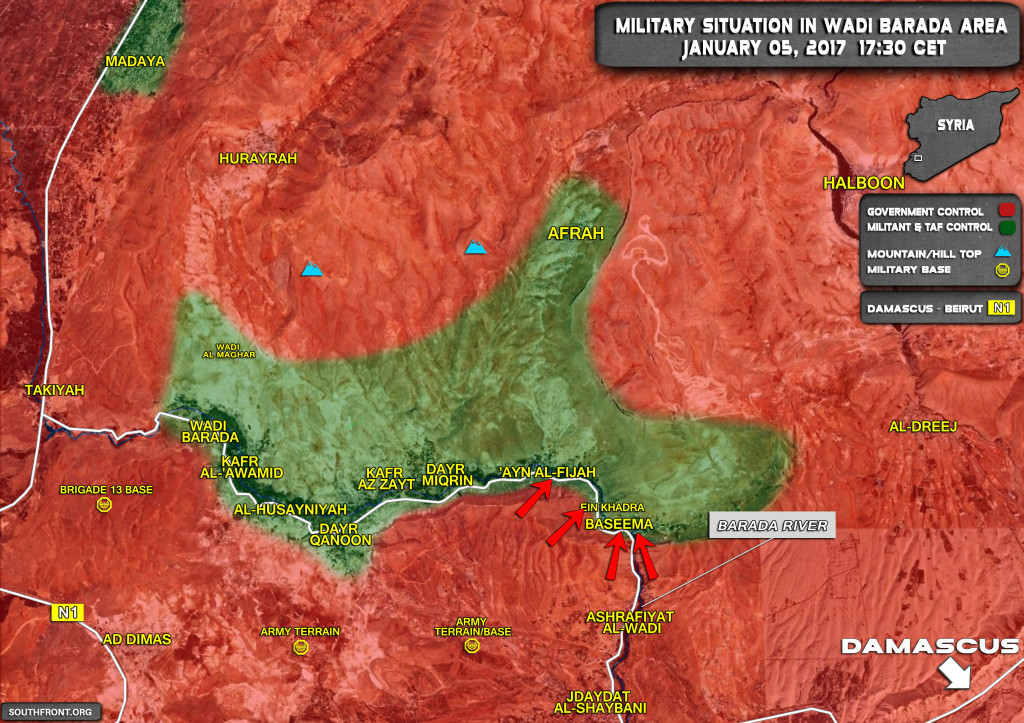 You mean LIBERATED?! I hope the water supplies to Damascus are secured very soon. This interruption is being blamed on Syria by the lying western msm.