Radical militants launched a barrage of Grad rockets on the Russian Hmeimim airbase in southern Lattakia a few hours after reports claiming that a ceasefire was reached around Idlib.

Local sources said on May 18 that most of the rockets were intercepted by Russian air-defense systems. However, the rest landed in the towns of Acharashir and Hwaiz in the outskirt of the airbase.

According to the Syrian Arab News Agency, a civilian was killed and several others were injured as a result of the rocket strike, which was carried out from the demilitarized zone around Idlib.

A few hours before the rocket attack, Sputnik reported that a temporary ceasefire that covers Hama, Idlib and Lattakia was reached.

“The cease-fire will take effect at mid-night, for 72 hours,” a military commander told the Russian news agency.

No group has claimed responsibility for the rocket attack on the Hmeimim airbase, so far. However, the National Front for Liberation (NFL) had rejected the ceasefire, vowing to continue its attacks on Syrian and Russian forces. This led many activists into believing that the Turkish-backed coalition was responsible for the attack.

Despite the rocket attack on Hmeimim, the frontline in northern Hama is still calm. Damascus and Moscow are likely planning to go forward with the temporary ceasefire, for not so clear reasons. 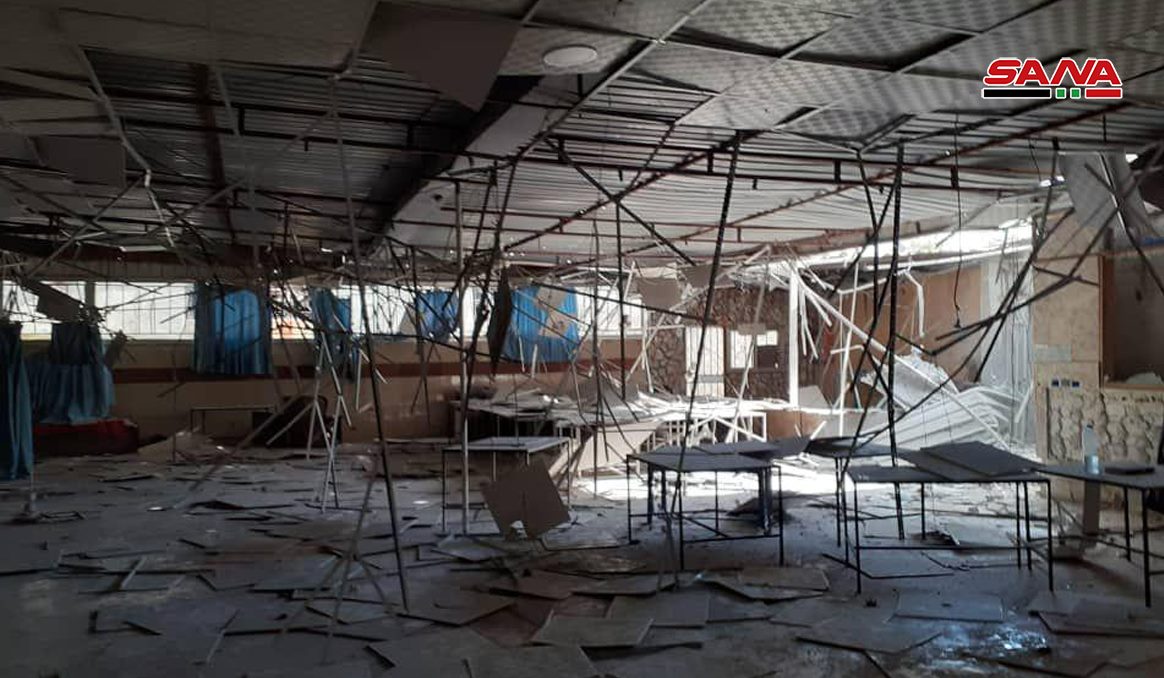 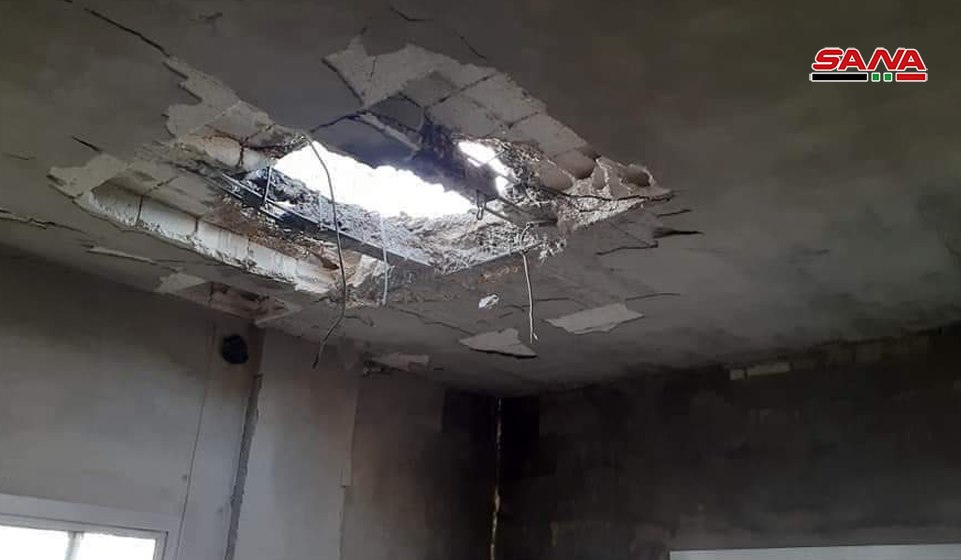 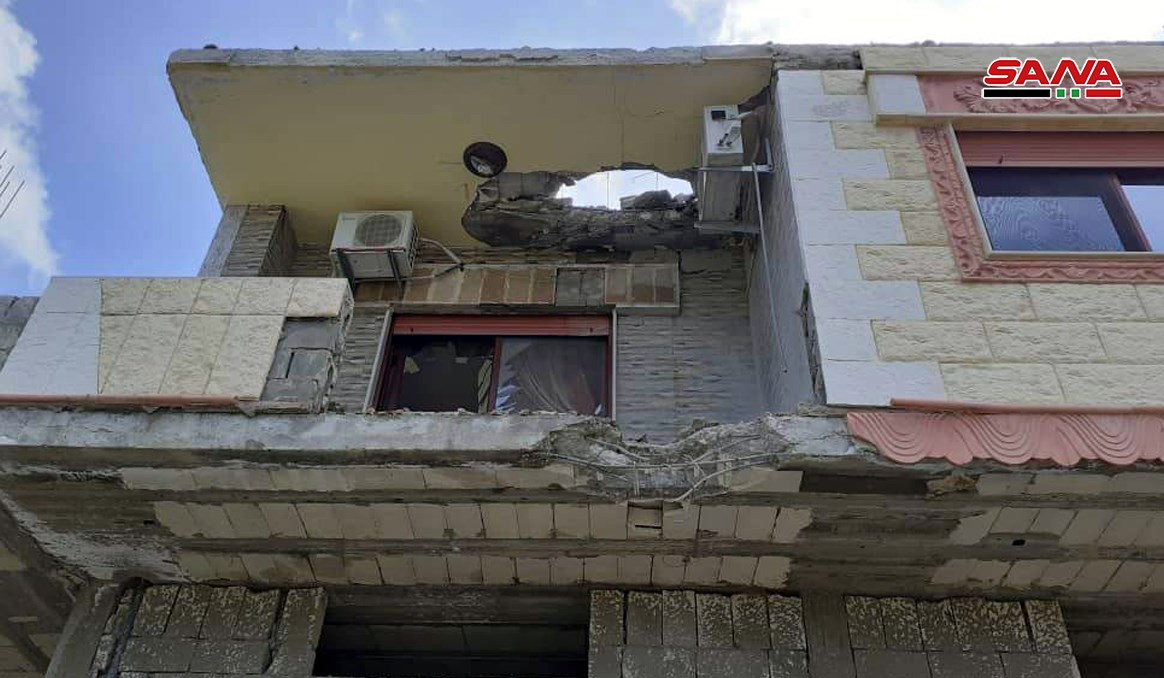 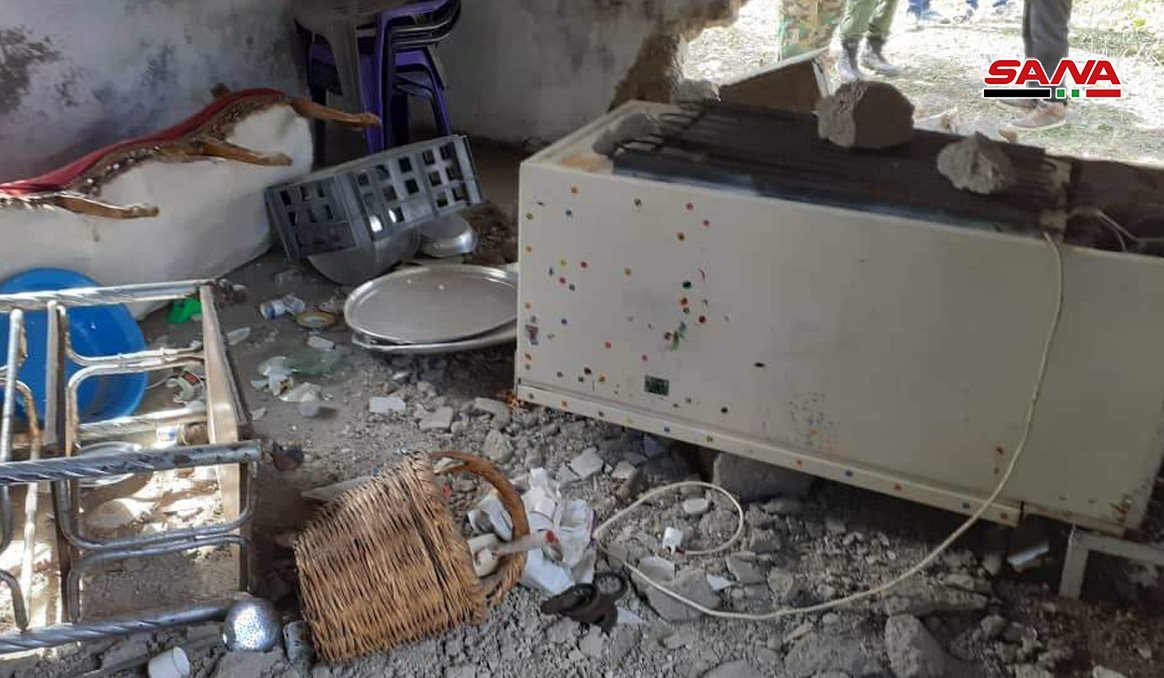 “Damascus and Moscow are likely planning to go forward with the temporary ceasefire, for not so clear reasons”

Because those who fall to provocations end up appeasing ziojihadist ragheads, while initiative never left the Syrian side, and butthurtness has remained with the other side since years.

I would say that we should wait and see if this reports regarding ceasfire have any factual base.

RT today are reporting that the OPCW report on Douma , deliberately failed to publish a detailed engineering report that stated it was impossible that the yellow gas canisters shown by the White Helmets as ‘evidence’ of a SAA air attack , were air dropped from the sky.

It concluded that the canisters ‘ were placed there by hand’ , and this was before Douma was liberated by the SAA.

The concealed part of the report was leaked last week. Perhaps Russia is waiting for this truth to be digested by the US Coalition of Terror, as another fake gas attack by Al Nusra is on the cards.

Any such attack would be used by NATO to justify another illegal air attack.

digested by the us coalition………. they organized the false flags supply the materials for them as well the logistical support so I am sure they know before the russians and the rest of the world who believed them, that.

I would think the US did know, but the US is now in a ‘back foot’ again in the media war.

the point is that ceasefire or not, it’s not something for propagandists and blatherers to discuss if it’s in the best interests of Syria, as many time they try to convince readers that those interests are not protected by Assad/Russia/Iran, etc.

Without even starting to admit who puts money in their pockets, and should instead be considered the real protector of those interests (Saudia? Israel? the US? just two words – fuck yall.).

ONE SIDED ceasefires……….the other side as pointed out in the article has stated already they will continue their attacks

Yes, but Russia order to stop because Turkey is a little worry about its terrorists. Putin is pleasing Erdogan.

militants…….. you mean to say turkish puppets. I wonder who give them the orders any one want to take a guess?

and that make one wonder what kind of alliance the russians have with the turks. That gas pipe they building in via the turkish land must worth too much for the russians in order to kiss turkish ass. What worries me is that the russians will again stop the SAA to free their lands and get it over with.

Greek people say never trust Turks. I don’t know much about Russian geopolitical games, though sometimes I agree, for example multi-polar world, not intervention in other countries, fair trade.I also disagree for certain big issues. I think so too, unfortunately Syrian government is much obliged to Russians

of course they are with out the russians will not have even the piece of syria they have right now with the hope to recover the rest. The debt the syrians have to russia can never be repaid, but that dont mean the russians have to always stop them making the final step that will free their country.

The geopolitical game is simple. Control three elements and you control the world. Water – Food and Energy. West try to do that with Monsanto and you see what is happening now with the energy wars. Any way I learn early in life not to think I can change the world or give too much of my energy in what I am in no position to either influence or change and focus at problems on hand that actually locally where I live can do something about them. That is why my only interest in every major global player is to understand what they do why and where it leads to as what they do effect all of us on the local levels. be prepared for what is coming and make sure in your territory you and yours are going to be the ones left standing and in control and after that you take it as it comes.

“…..and after that you take it as it comes” Grow veggies around the house and be friends with neighbors.

we are much more organized than few veggies.

p.s. lately I dont trust greeks to do the right thing as their majority has become to americanized for my taste and they always vote for the worst of the worst just like the americans as leaders.

The ruling class in Greece is US puppets after the WWII, as for the people I will not comment !

I am not commenting. I am judging base on their actions and what I experience, since I got back in greece. They are always the exceptions on the rule but the majority to me seem to be all mindless political followers. As for the governments been puppets that is been a fact since 1832 when a german king been installed on greece.

My English father often used the adage, ‘Never Trust a Turk’. He would have been 104 rears old now.

well the turks are notorious been whores that change their price according to the size so your father was right, not to trust them.

Inconvenient History is very powerful and truth has always been the enemy of those who seek to rule over us.

Militians, opposition, moderates… I am sick of this shit! Those are hard core terrorists and mercenaries and non of them deserves a pardon!

i dont disagree with you. But any one who feel very strongly about it can actually join the fight against them. They are every where in europe as well the rest of the countries they go as alleged refugees compliments with all expenses paid by Soros and his MKO. So instead of been sick about it do something about it, before they knock on your door..

My country was already been “knocked” by NATO, my country is already affected by “migrants”

the attack continued today with drones…..the pantsirs are working overtime.