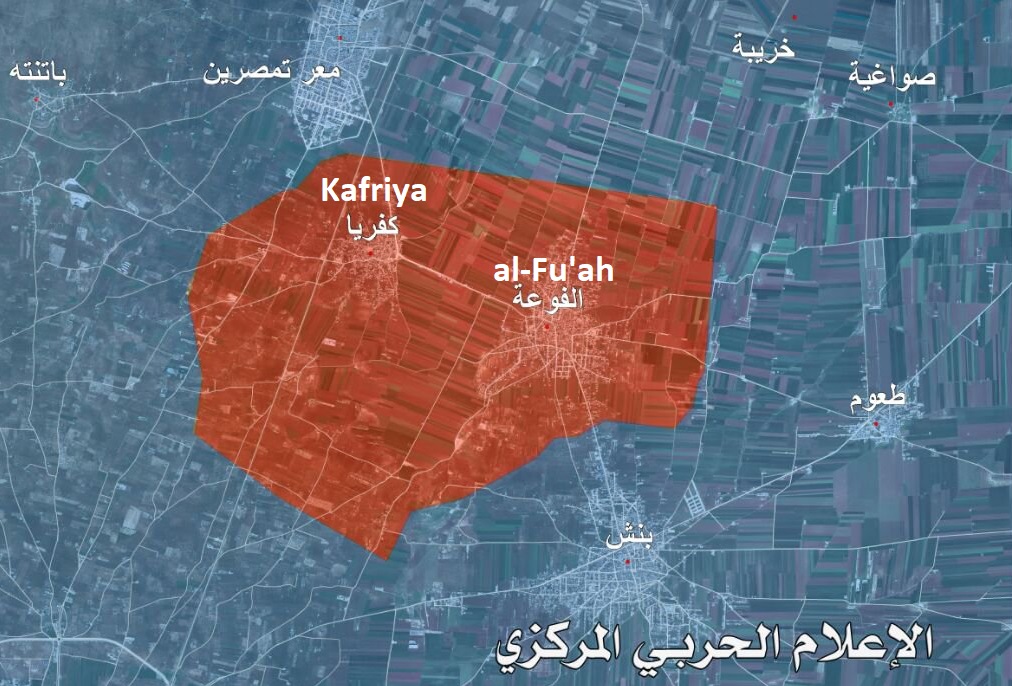 On June 8, radical militants launched two 107mm rockets at the civilian areas in the besieged towns of al-Fu’ah and Kafriya in the eastern Idlib countryside, according to Syrian opposition sources. The militants also reportedly targeted the civilians inside the two towns with heavy machineguns and sniper rifles.

The Syrian Arab News Agency (SANA) reported that two civilians were injured in the militants’ shelling. Moreover, a fighter of the local Nation Defense Forces (NDF) was killed by the militants, according to local sources in the two towns.

The militants’ attacks on al-Fu’ah and Kafriya are a clear violation of the de-escalation zone in the northern governorate of Idlib. Due to this, the Russian Aerospace Force is expected to respond with airstrikes on militant positions in the upcoming hours.

Al-Fu’ah and Kafriya have been besieged by a coalition consisting of Hay’at Tahrir al-Sham (HTS; the former branch of al-Qaeda in Syria) and several Free Syrian Army (FSA) groups since March of 2015. Since then, the militants conducted dozens of attacks on the two towns and killed more than 90 civilians there.

The pro-government towns, where do they get their food a bullets? They could run out at any moment at which point they’ll surrender.

If you had been reading reports in recent years here and elsewhere, rather than playing a hasbara fool, you would have seen videos of air dropped supplies by the Syrian Government forces and her allies. There was a drop by an Iranian heavy transport aircraft a couple of weeks ago.

Bullets they probably get via supply drops from the air. As some food. But most of the food they probably still obtain locally from Idlib. Just like food still flowed into besieged Deir Ezzor from ISIS controlled territory. Jihadis may love the language of Islam, but they are still not above the language of money. These sieges in Syria are not like medieval sieges. Or even the siege of Leningrad. Where besieged cities were cut off completely. In Syria things are more, lose? I once saw a documentary where they showed that passenger busses still traveled from government held cities to rebel cities, even in ISIS held territory.

They are Christian towns, highly unlikely to surrender.

If you listened to Bellingcat , you’d swear that only the Assad coalition uses 107mm rockets , thus proving Assad’s blame for any CW attacks using such munitions.

Of course , if you listen to Bellingcat , you’re an idiot.