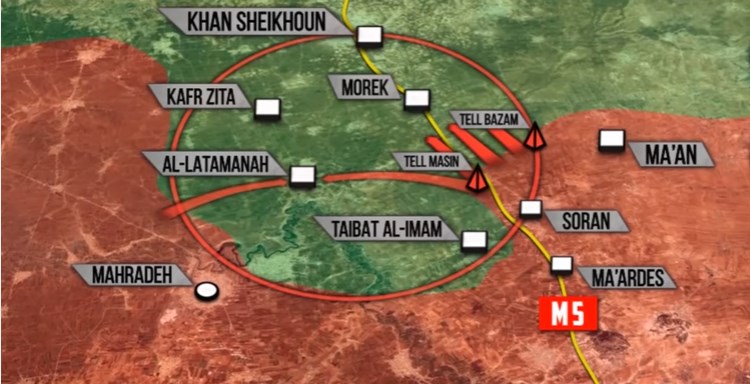 Militant groups have set up a new operation room in the northern part of Hama province in order to oppose the Syrian government forces’ offensive – the Syrian Army and the National Defense Forces – in the area.

The creation of the new operation room is the militants’ last attempt to retake the initiative in the province. Recently, the Syrian government forces have retaken from militant groups about 80 km2 of the territory and now they are advancing on the key town of Morek. 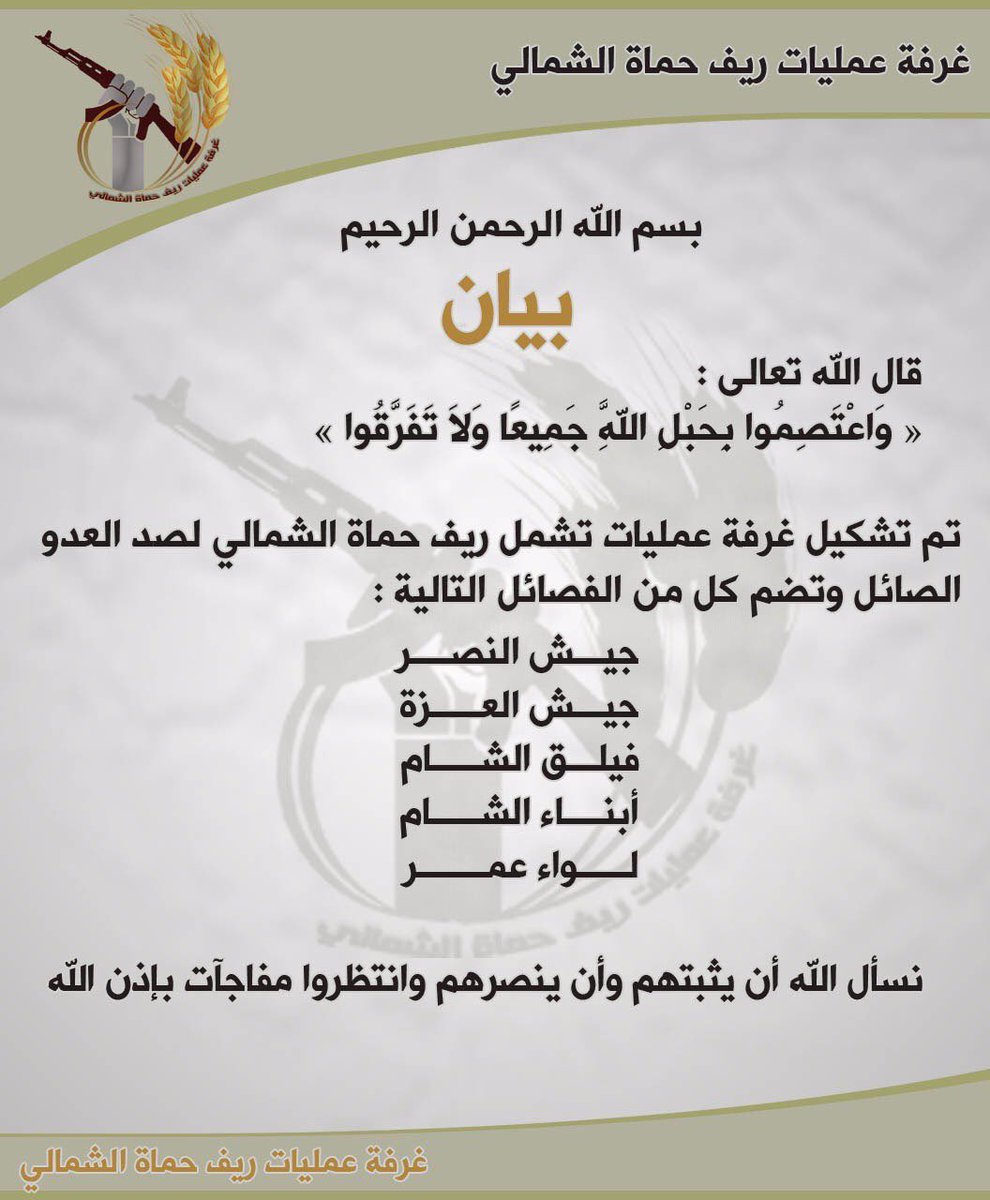 The statement by militant groups

One would think the Russian navy would have an appropriate projectile for that operation room .

they(the russians) let them live to gather intel, for now.