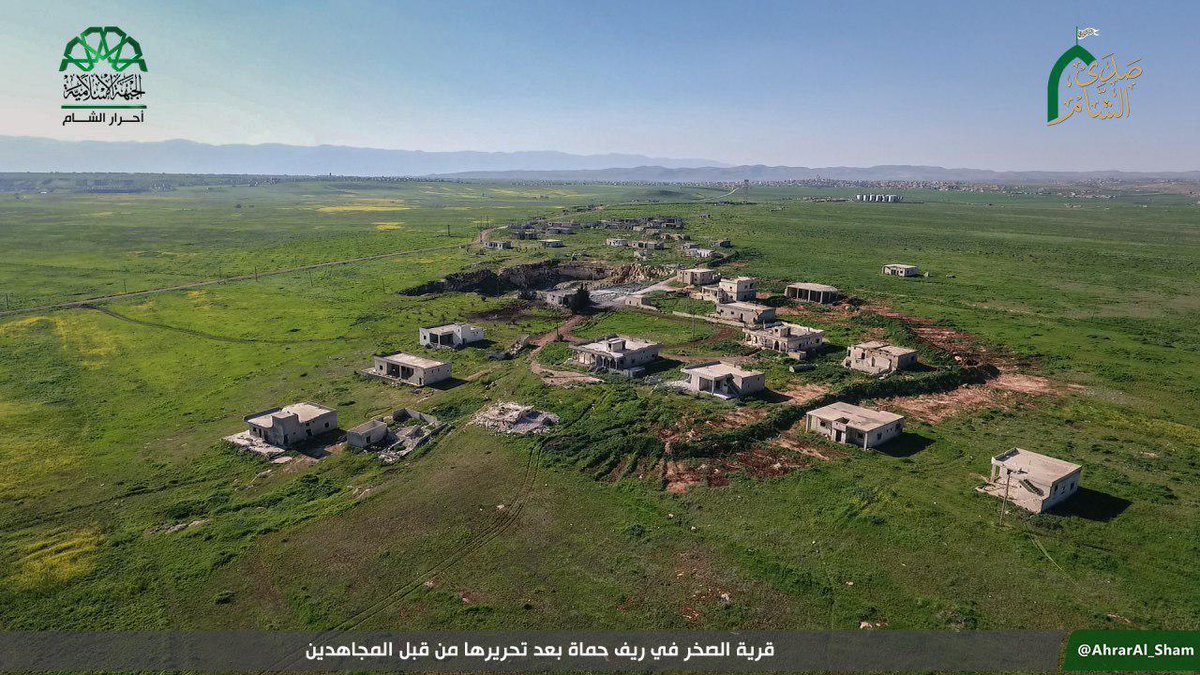 The joint militant forces led by Hayat Tahrir al-Sham and Ahrar al-Sham have seized the small village of Sakher and the nearby silos from the Syrian army and its allies in northern Hama.

No intense clashes were reported in the area. Most likely, there was almost no government troops.

These sites have became the only gains of the joint militant advance since this morning.

Fuck, this battle will be long…

no problem. trustin judeau and co. are sitting in their armchairs and enjoying the show. they are happy, that everyyear happens such offensive. i have an opposit viewpoint. each year are assads soldiers in the same position. :(

What the fuck are you talking about? There has been a lot of progress since a year ago.

i am talking about hama

which fronts? the lost palmyra? the tabqa?

Aleppo, the several pockets of resistance around Damascus that they extinguished, all the territory south of Al Bab and around Deir Hafer … and there’s more coming, so quit your whining for a month or two, then come back and see what has happened.

yes, surprise, but in december lost. and now tokk it, but have less territory then 1 year ago. so, no progrees, but loss in this direction. tabqa offensve ´disaster. and now americans have tabqa. this si disasterxdisaster in comparison to plans 9 months ago, that take tabqa and after raqqa. so, assad now surels lost everything behind tabqa. deir haver is nothing, not important. sorry, but in aleppo is lot of soldiers and some not strategical farms and villages are nothing. the should have both tabqa and anadan plain with so much soldiers.

Aleppo was liberated fully 3-4 months ago and it was the most important battle of the Syrian conflict. Stop wasting everybody’s time.

aleppo is anchor for syrian army. for aleppo lose everything else

Hopefully the rats will go back to shooting each other again over some dumb shit.

Yes is true was repelled. It was an ambush by Syrian army. Almost all of them die . I hope they die slowly

Ah, Ahrar, the same “moderates” coddled by Putin is back to its old tricks again. So much for the ceasefire…