The dramatic video, which is closer to a play than a real life training, features members of the so-called National Front for Liberation (NFL).

The NFL was formed in 2018 with direct support from Turkey. Seventeen groups, including the Sham Legion, the Ahrar al-Sham Movement, Jaysh al-Ahrar, the 1st Coastal Division, the Free Idlib Army, forged the coalition.

Militants in Greater Idlib are now preparing for a new large-scale operation by the Syrian Arab Army (SAA) and its allies. Many reports claimed that the operation will begin soon. However, there is still no confirmation from pro-government sources.

The new training video was likely nothing but a propaganda stunt meant to convince opposition supporters that militants in Greater Idlib are well-prepared for a new attack by the SAA.

If Russia really wanted, the war was over by now.

Indeed, you are getting smarter by not eating bacon. It is mind boggling for someone who understands the application of modern ELINT and technology that a few headchoppers would be riding around openly in a Soviet era BMP without being hit by drones or airpower. Either both the Russians and the SAA are incompetent beyond reasonable doubt or there is active collusion with these headchopper cunts. Syria is a small country and the region around Daraa is open flat terrain that could be covered by a single surveillance drone with a camera bought from Walmart. There is no natural cover, so it is amazing that these cunts are “training” in broad daylight and making propaganda videos. Then you wonder why Arabs are being occupied by all and sundry.

Thanks for calling me smart, I promise I won’t eat anymore bacon from now, I’ll donate it all to the poor muslims and jews.

You are welcome. I am objective and lately your comments are making quite a bit of sense. Perhaps, rest of the shitheads who post crap should stop eating swine too :)BTW, only donate kosher bacon to the Jews.

Just stay in your home country and you won’t eat pork without knowing.

“I’ll donate it all to the poor Muslims and jews.” – Old Evil Zio can’t accept your donation. The mullahs regime will kill him if he eats pork . And no one is ready to accept Iranian tourists at the moment because of the Corona. So he can’t get it abroad.
Poor Old Evil Zio.

In the mullahs country there are sinagogues and churches, unfortunately that’s not the case for the ‘democratic’ saudis.

I have low expectations from Saudi Arabia.
But have no mistake, the mullahs regime is even more extreme than the Saudis.

“you are getting smarter by not eating bacon.” – LOL.
The first thing Iranian tourists order in western restaurants is pork and beer. The fanatical laws of mullahs destroy you brain cells at an accelerated rate.

Well true, but that would mean losing Turkey as an “Ally”, Putting Israel/Saudi’s on alert and angering the US and a handful of EU puppets, in which Russia still has a decent trade relations with (Even if they’re not really Russia’s ally)

Russia is also back at the G-7 to counter China. Putin has always wanted closer relations with west and cater to the Oligarchs needs.

Russia is not returning in G7.

You are correct Sire, news obviously travels slow to India. The UK and Canada have opposed Russia’s return to the G7, deepening a rift over US President Donald Trump’s wish for the country to rejoin.

There is an Australian Jew cunt pushing the same like to pit China against India, simply not going to happen.

True that, Soros can’t wait to presure US govt to presure Merkelistan to take another wave of migrants then blame Russia and bloody Assad rejime

I disagree. Russia has done the maximum given Syria’s many constraints.
Russia saved Assad’s Syria. Indeed it is currently smaller than it was before 2011, but it exists.
Continuing the war, as the mullahs regime would like, could jeopardize what exists. Assad’s Syria economy is in a catastrophic state, the war must end. But Iran won’t let the war end , the mullahs regime wants to continue its religious war.

You are the dumbest Jew cunt here, now fuck off LOL

You don’t want people to know the truth about your religious fanatical regime?
Too bad, I will continue to expose them and war-loving psychopaths like you.

No one gives a fuck about little shitty Jew trolls like you cupcake, dogs will bark and Iran will keep moving forward. 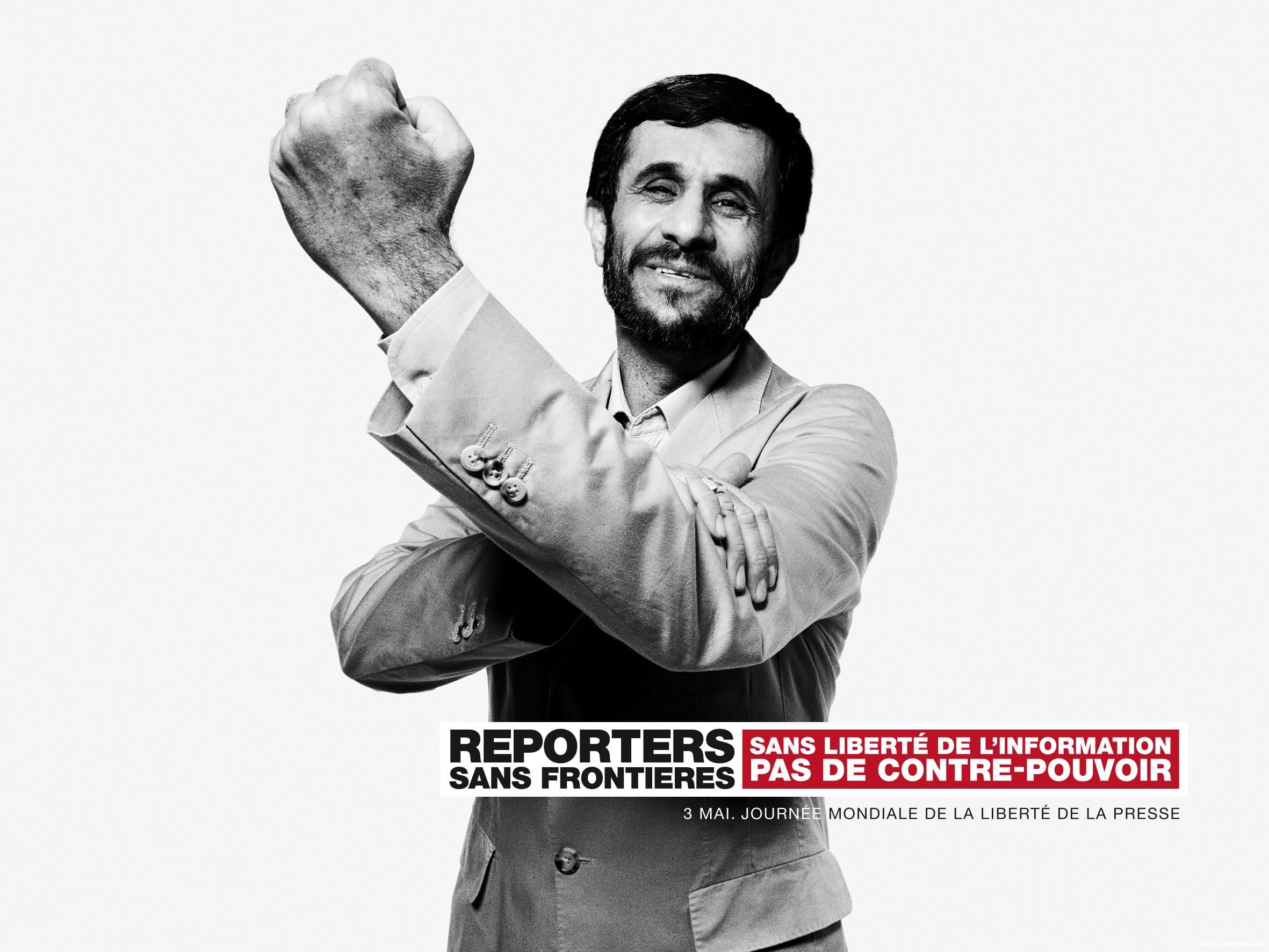 So why do you respond to my posts obsessively?
You are not Iran, you are a fanatical cult that kidnapped Iran.
Get lost old evil (zio) supports the mullahs regime.

You got it wrong mate, the war was started by the moderate beheaders, Assad and the iranians fight against the jihadis.

I agree. What you wrote don’t contradict my post.
Assad and Iran were losting until Russia began to help in the war.
At the moment the Russians want to end the war and the mullahs want the war to continue.

More basic recruit training and blowing up a tent whilst wildly firing lots of bullets.

The bit that amused me was the ‘rescue of a wounded fellow terrorist’ and after about 10 metres the ‘wounded’ man was just dumped on the rocky ground :)

There’s plenty of videos out there straight up abandoning each other in the field and not giving two shits… so it’s amusing seeing them try to ‘move fellow wounded’ , it’s like the old sports saying “you play how you practice…”

However, the very fact that these terrorists are operating so openly says a lot about Russian capability, no wonder they ran off from Libya.

Huh!? This statement makes no sense considering the recent clashes in Idlib and Russian airstrikes. And the fact that Russia doesn’t need to use a sizable amount of it’s airwing in Syria anyways which is why they pulled out tons of equipment over the course of several years and are propping up what the Syrians lack and replacing it ie. the Mig-29 batches of jets.

The more that these terrorists run around in the open the better.
Killers that are not seen are far more of a threat.

Can’t wait to see that SAA operation is started.

SAA is hamstrung by Putin who stopped a very successful Syrian and Iranian offensive in Idlib and allowed Turkey to occupy most of Northern Syria, which can not be reversed as as is the situation in Libya.

This is the problem – everyone knows that once the Turks invake and occupy they stay , just like Israel (Golan now West Bank) wait then annex BUT neither Russia, Iran, dares do anything about it. Northern Aleppo and Afrin are already treated as Turkish.

That was the Erdogan agenda all along, annexation of the best parts if Syria which were the granary of Ottoman Empire. Russia just just helped him along, due to its current weakness and an ineffectual Putin. Syria and Libya were both sacrificed.

SAA can not without Russian air support and Iran will not new planes from China until December.

Don’t have to wait that long, new Iranian planes will be appearing sooner than that :)

WASHINGTON — Iran will buy new advanced fighter jets and tanks
next year when a U.N. Security Council arms embargo is scheduled to be
lifted in October, a senior U.S. intelligence official said Tuesday as the Defense
Intelligence Agency released a new assessment of Iran’s growing military
capabilities, placing it at 13th global ranking, ahead of most regional states with the exception of Turkey. Both Russian SU-35 and SU-57 are on the shopping list along with China’s J-10.