On August 31, US-backed Jaysh Usud al-Sharqiya and Ahmad al-Abdo Forces released in an official statement accusing unspecified sides of pressuring them to stop fighting against the Syrian Arab Army (SAA). Opposition sources said that the “sides” mentioned in the statement are Jordan and the United States.

In the statement, Jaysh Usud al-Sharqiya and Ahmad al-Abdo Forces said that they were under heavy pressure not only to stop fighting the SAA but also hand over their positions in the Damascus desert to it. The two groups stressed that they will continue their fight against the SAA and its allies at any cost. The statement included very offensive sectarian langue that this groups didn’t officially use before.

Furthermore, Jaysh Usud al-Sharqiya and Ahmad al-Abdo called for other Free Syrian Army (FSA) groups in the Eastern Ghouta region and in southern Syria to aid them and to fight the SAA too.

However, it’s not likely that any group will respond to this statement and break the de-escalation agreement.

Although both groups insist on fighting the SAA, they were not able in the last three months to recapture any lost position or even to stop the SAA advance.

Furthermore, these groups have not contributed any real effort to fight ISIS so far.

It’s likely that Jordan and the US are extremely unsatisfied with their “experience” in the al-Tanaf base near the Syrian-Iraqi border. The US-led collation’s forces there failed to achieve any of its goals beside occupying a strategic highway to Iraqi.

On August 29, Jordan refused to let injured FSA fighters to enter its hospital after the FSA attack on ISIS-affiliated Jaysh Khalid ibn al-Waleed had failed. The latest developments suggest that the US and Jordan might be considering dropping support to some of these FSA groups in eastern and southern Syria soon.

OMG! Murder Inc’s cannibal sock puppets have minds of their own. What is it that makes one tend to doubt that. 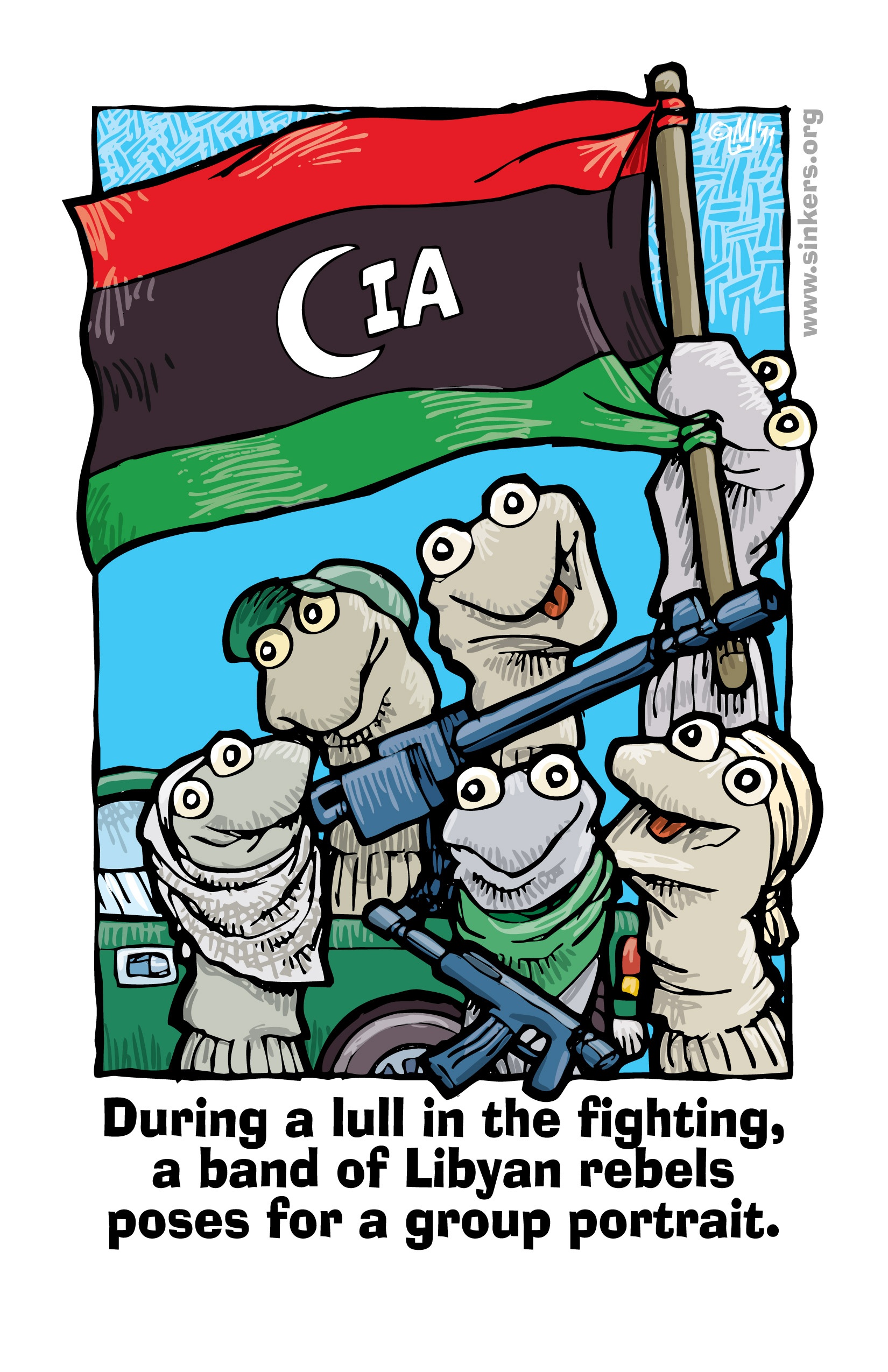 I suppose this terror gang was promised the ‘smuggling rights’ on the border by the US and are now pissed off that they have been cast aside by America :)

Another of America’s pets learning the hard way – America’s word is worthless.

So which word did america say?

So they promised DZ battle for months and that they will go to Bukamal – here is one video of them promising this https://youtu.be/y4rSVoFOZqc

Has IS at any time, funded, armed, or otherwise aided these FSA groups?

They both are armed and trained by the same contractor groups like Purple Shovel, Dyncorp, Academi, etc., which means they are funded and also work together as witnessed earlier in attacks on the SAA. The only one to reduce their funding is Turkey but all other players still remain active participants in Funding and the CIA still maintains it funding through back doors.

Just looked up Purple Shovel. Incorporated in 2010. A few months before the so-called “Arab Spring.” I’m wondering if it is a front company for…who?

Glad you like the read on it two brothers are involved and it has another Partner in Florida who is another one connected to the DNC and the Military. They were awarded more contracts in July of this year I believe.

Tomorrow on southfront.org they will have an interview with Dilyana who did the expose on the arms smuggling being done covertly.

There’s certainly something fishy here. Wonder if the Clinton Foundation is involved. I’ll be sure and catch the southfront article tomorrow.

They have a full interview on Saturday and a new guest every week, they post them to YouTube.

The possibility is there for the Clinton involvement in much of what is going on in the US currently.

More to the point, the Clinton Foundation—and others—was behind the destabilization of the MIddle East. It is not just a possibility. It is in fact true. All we need is hard evidence. Hope Trump is working on it, but he may be too scared.

The strategy of the CIA sponsoring all kinds of islamist minifactions was flawed from its inception and Trump was completely correct in ending this program, which should have been stopped earlier. Had they focussed on supporting SDF with the arms they delivered to all kinds of islamists, incl indirectly AAS and HTS, the position of SDF would have been much stronger then it is at present.

It all depends on what kind of opposition. Supporting Islamists and jihadis is a general no no as far as I am concerned and I do not care by whom.

Supporting secular opposition is not bad in and of itself. It would depend on what kind of opposition and against what. Fighting for democracy, basic human rights, that is worthwhile and should be supported. Opposition in general should start in a non violent way but if and when a state is oppressive, it often escalates, as it did in Syria. FSA forces could not prevent islamists taking over their secular opposition and that has made them largely irrelevant.

The US needs to find secular groups first and why they may abandon the PKK/PYD Kurds and back the moderates FSA Arabs.

Wahhabi crazies are, and have been, CIA’s favourite troublemakers for such a long time. Afghanistan was when they fell in love with Wahhabi cruelty. Since then they have boosted them everywhere – Chechniya, they even wanted to give them experience of killing Europeans in Bosnia, then there’s been Yemen, Libya, Syria, Iraq, Philippines, parts of Africa. They just love financing Wahhabi crazies. Why would they stop now? They are agents of chaos.

Refusing? Well then, we know these particular guys are probably not being paid by the US or Jordan. Maybe their Saudi, UAE and Qatari paymasters should put a little note about standing down in their next paycheck – that usually works. Either that, or send them less Captagon. You know how jittery head-choppers get when they’re all wired up and there’s nobody to shoot at.

They are undoubtedly salafist, led by foreign zealots from Nejd.

It took many weeks, but US forces in al tanaf finally realized standing guard in the middle of nowhere served absolutely no purpose.

Another example of a super power wasting its resources for lack of strategy.

The Terrorists no longer hide behind the phrasing of the US propagandists and speak the Daesh language well.

Cool, therefore its ok to BOMB THE LIVING SHIT OUT OF THEM!!!!!!!