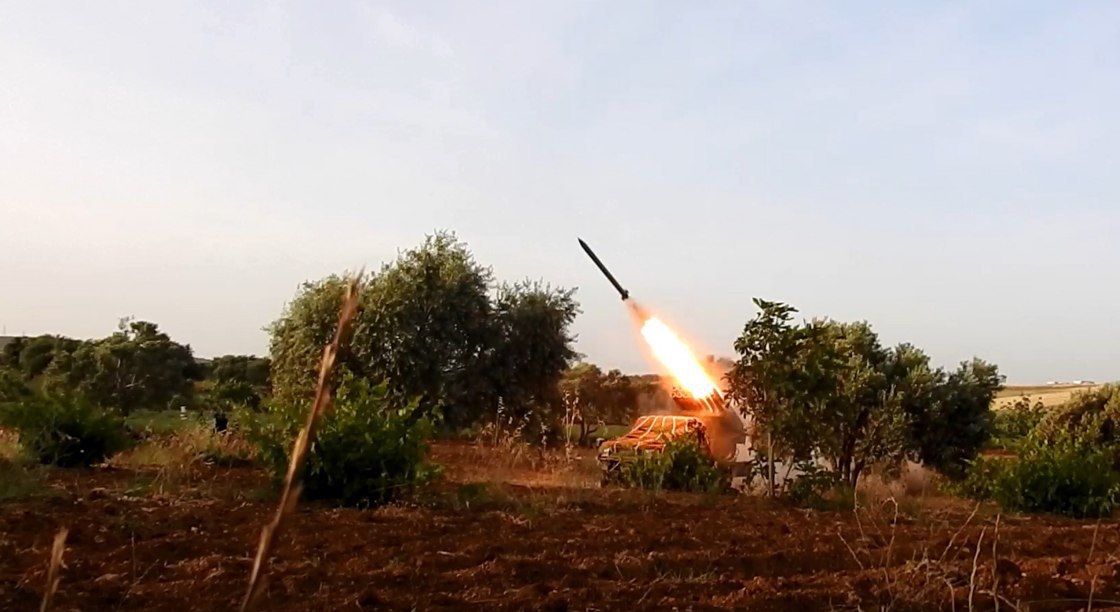 Militants stationed in Greater Idlib launched on December 8 a salvo of rockets at civilian areas in the government-held part of northern Hama.

According to the Syrian Arab News Agency (SANA) and pro-government sources, the rockets landed in the vicinity of the town of al-Suqaylabiyah in the northern Hama countryside and in the village of al-Aziziyah in the governorate’s northwestern countryside. A child was reportedly injured.

“Army units detected the areas, from which the shells were fired, and responded with artillery strikes, achieving accurate hits,” the SANA’s reporter in Hama said.

Activists in Idlib claimed that the rockets were fired by so-called Jaysh al-Izza. The radical group has not confirmed this, so far.

Jaysh al-Izza, which used to receive military support from the U.S. up until 2017, is a close ally of al-Qaeda-affiliated Hay’at Tahrir al-Sham (HTS). The terrorist group controls much of Greater Idlib.

In the last few weeks, the militants stepped up their attacks on military positions and civilian areas around Greater Idlib. Despite this escalation, the Syrian Arab Army (SAA) is yet to launch a large-scale ground operation in the region.