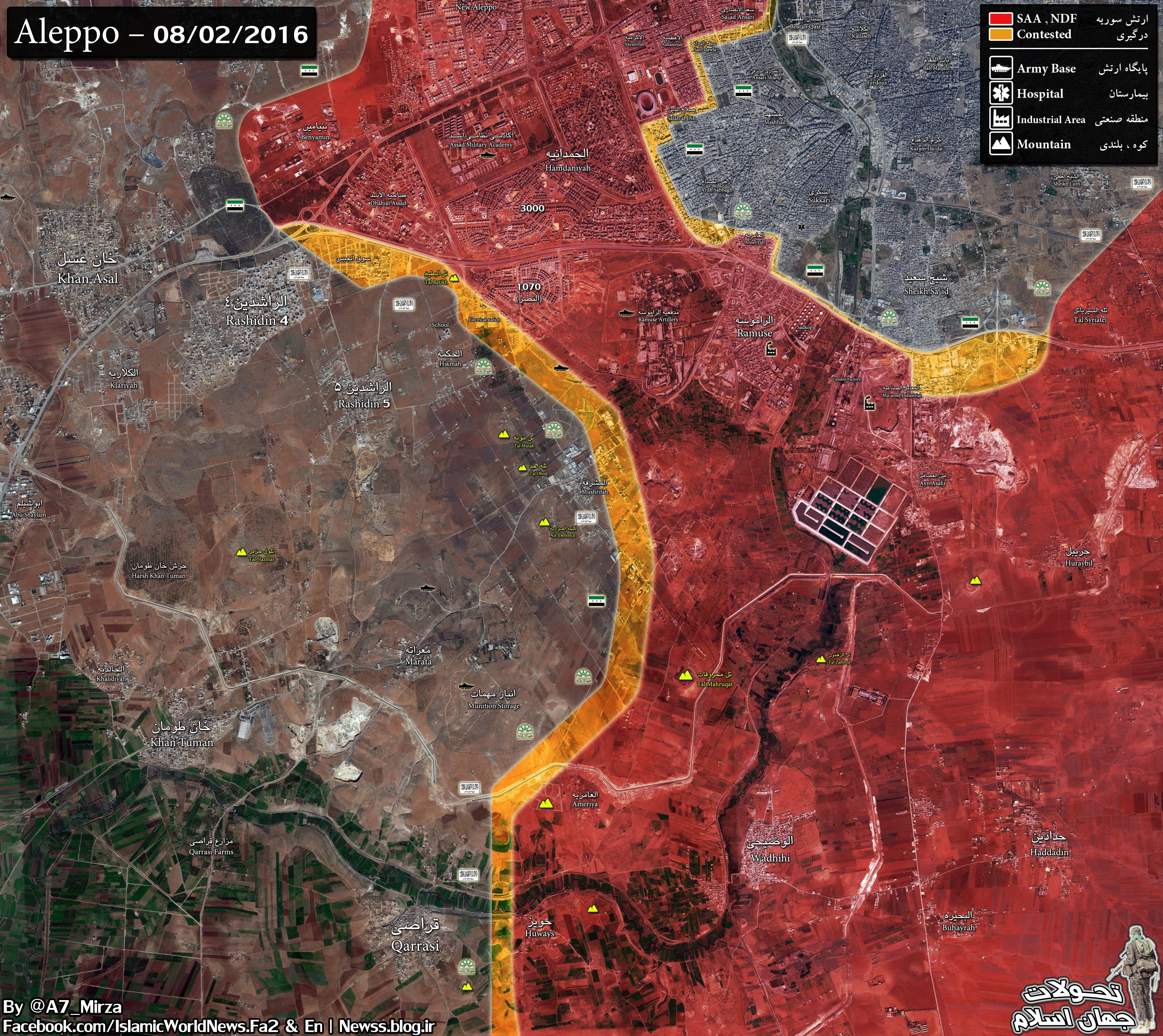 Few moments ago, the joint militant forces launched a new round of their attempts to lift the siege from the jihadi-controlled areas of Aleppo city. Various sources report heavy clashes in the areas of Sawmill, Research center and Old Aleppo. Firefights were also reported in the area of the electrical station near the 1070 Housing Project.

We remind, recently, the Syrian army has re-taken control of Tal Mahruqat, al Amarah, hill tops south of the Ramuse Artillery Base.

A fire is inside the Assad Military Academy as result of the militant artillery shelling: 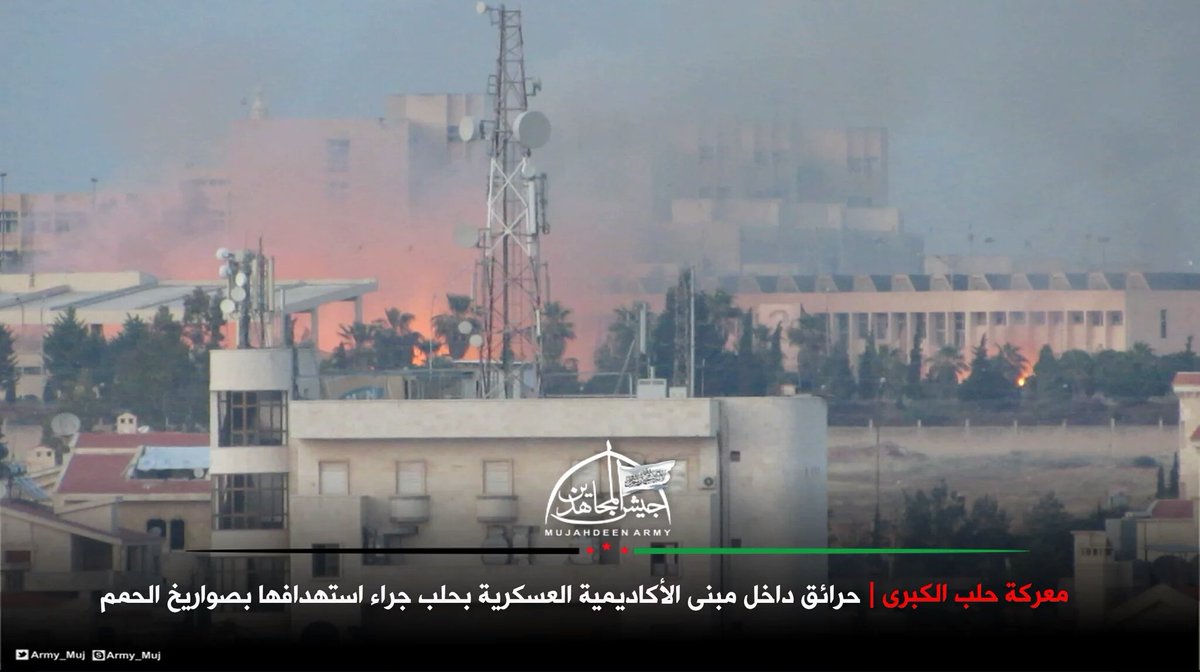 They will never learn, no frontal assault is possible unless you’re forces are 10 to 1 against the defenders.

Tell Napoleon that, or Alexander, your maxim is a rule of thumb, the words ‘great’ and ‘valour’ apply to those warriors that ignore your maxim…

Napoleon was an arrogant little twit whom conquered armies/countries much weaker than his. The hitler of his time…

nope both destroyed armies larger than their own armies

Depends of the quality of the Troops.Its even possible to attack a larger force and win.