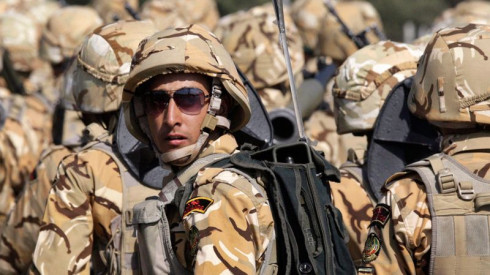 An Iranian general has been killed by militants in Syria, the latest high-profile casualty of Tehran’s efforts to prop up President Bashar al-Assad, the Iranian Fars news agency say, without giving any information when exactly he died.

Brigadier General Mohsen Ghajarian of the elite Revolutionary Guards was killed in the northern province of Aleppo. He was training pro-government Syrian forces in the fight against the Islamic State of Iraq and Syria (ISIS) group.

Iran has provided military commanders-advisers to Assad’s army, as well as Iranian, Afghan, Iraqi and Pakistani “volunteers” to fight the rebels.

The conflict has killed more than 260,000 people and forced half the country’s people from their homes since March 2011.

The latest deaths bring to more than 100 the number of advisers and “volunteers” sent by Iran who have been killed in Syria since the beginning of October.

At the end of 2015 Iran announced withdrawal a part of its ground troops from Syria because of the serious losses in manpower. Taking into account the lifting of US and EU sanctions from Iran under nuclear agreement, Iran might concentrate on a complete revert to the global market, leaving the Syrian front on the middle ground and continue withdrawal of its armed forces from Syrian territory.

sad. he is a hero anyhow.

Pretty dumb article seeing our family has confirmed over 20,000 Iranian and Afghan forces stationed outside Slinfeh in Latakia Province. I don’t know where you get your reports, but, they can’t be from anyone on the ground.