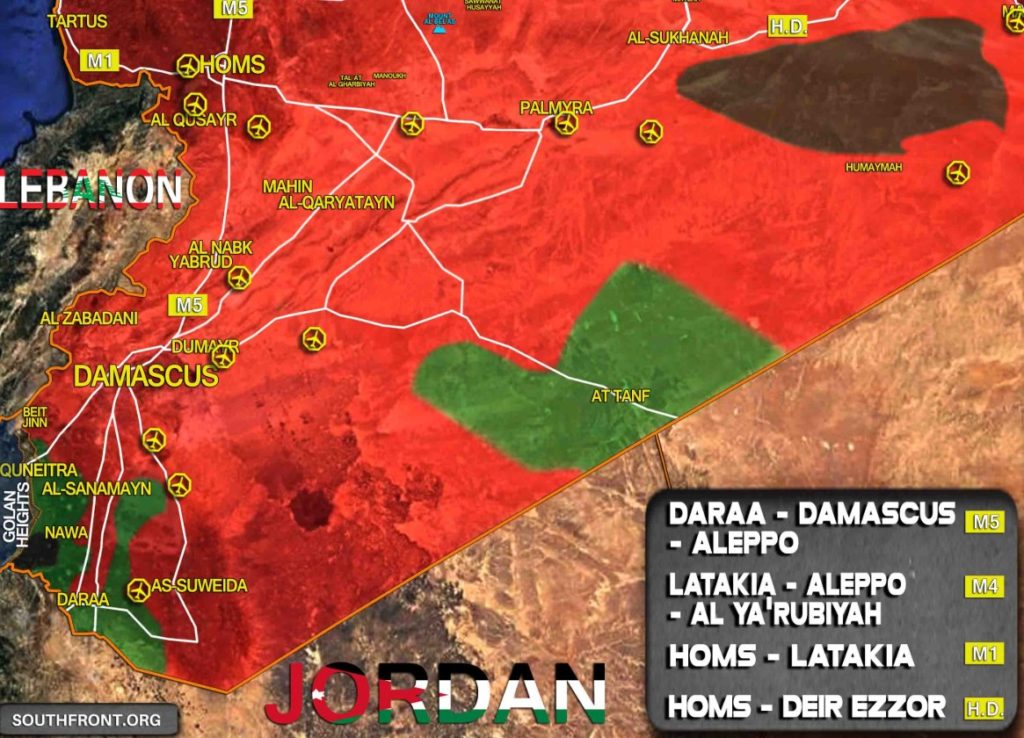 While the widely speculated deal on southern Syria among the key powers involved in the conflict is still not reached, the military situation in the area is developing in its own direction.

According to pro-government sources, the Syrian Arab Army’s General Command gave militant groups in southern Syria time until mid June [Ramadan ends on June 14] to accept a reconciliation agreement or to face a military opearion.

This warning comes amid reports that militants are urgently mobilizing their forces for a battle against the army. Militant groups in Daraa have recently held a series of parades and released a few statements vowing to fight government forces instead of negotiating with them.

According to local sources, some militant leaders are inspired by the reports about the ongoing talks and want to bargain as much as possible in this situation.

>>Militant groups in Daraa have recently held a series of parades and released a few statements vowing to fight government forces instead of negotiating with them.<<

Yeah, Jihadis in East Ghouta and Rastan did that too. Within a week they were packing their bags and boarding busses. Color me unimpressed. So far they had it easy because of all the many fronts and problems the SAA had to tackle theirs had the lowest priority. If the SAA comes after them with everything they can now muster, spearheaded by the Tigers, with Russian air support and overall command, then the SAA doesn't even need the Iranians and Hezbollah for the job. They can take some much needed R&R elsewhere. Or have a spar with ISIS near Deir Ezzor?

Waiting until Ramadan finished is a good idea and I hope that the silence about Syrian troop movements is as loud as a dog not barking. They’ve been very busy these last couple of years taking their country back so they could do with a breather.

I consider a mistake to give so much time to terrorists. Syria-Russia armies must act fast, strong, brave, and without mercy.

Don’ t forget that in the deal over southern Syria the al Tanf region is included. If the criminals are allowed to leave the US have to leave there. If not, the SAA, spearheaded by the Tigers, will pulverize these traitors and foreigners (ISIS is there too) and it doesn’ t matter how long FSA/ISIS got time to be prepared.

How long till the militants have to leave the Golan Heights??? How long till Syria is finally liberated after decades of illegal occupation? Perhaps the combined might of Russia and the SAA and Iran and Lebanese volunteer civilian militia are powerless to liberate even such a small area of Syrian land. Game over for Goyim.

Putin signs law on countermeasures against US & its allies.