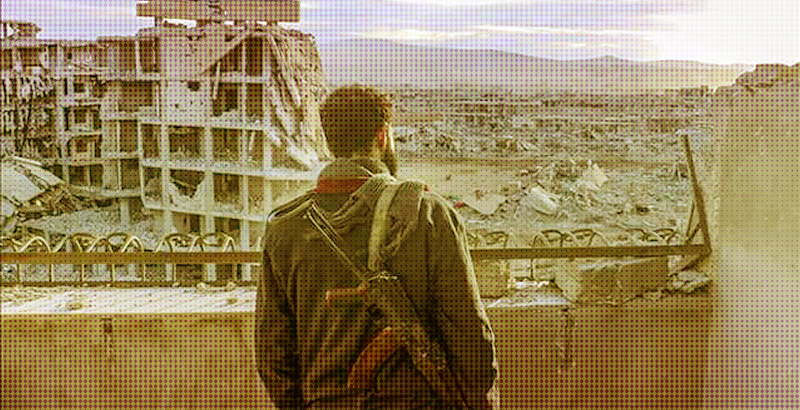 The city of Daraya is returning to the government control following a deal with Liwa Shuhada al-Islam and local leaders.

Some militants will take up the amnesty offer given by the Presidency of the Syrian Arab Republic while others would be transported to the province of Idlib.

The agreement came in force on August 26 and the process of evacuation already begun.

Locals report say that 700 militants evacuted from Daraya while 200 others surrendered. 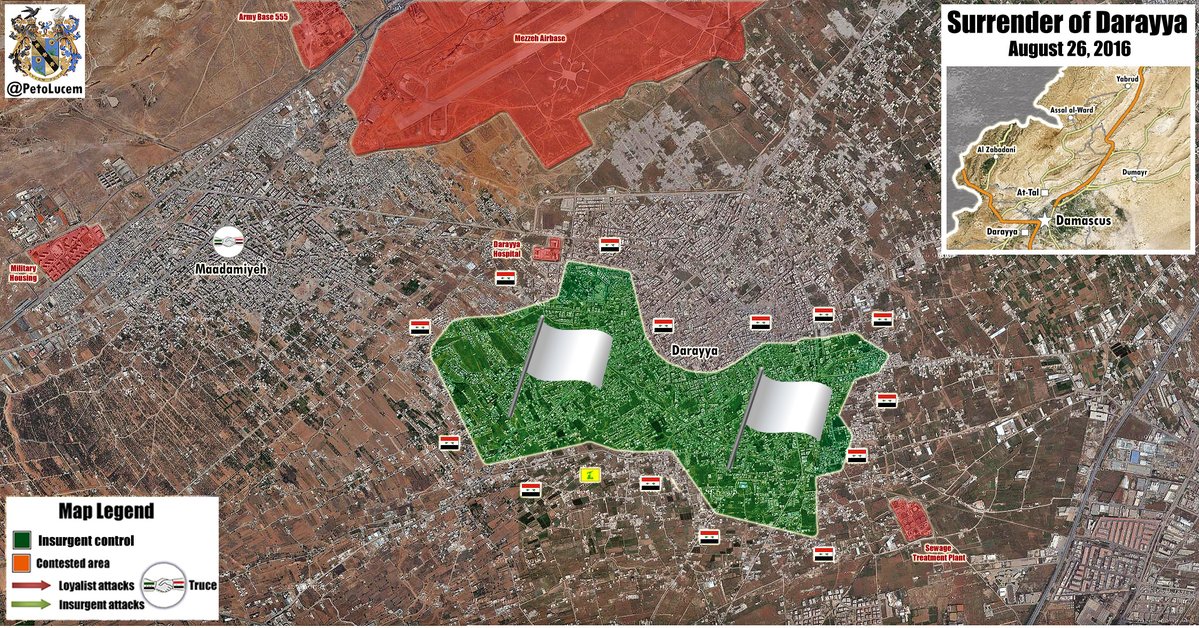 Now Eastern Ghouta is next I guess

Congratulations to Syrians, finish up Aleppo next.